Amid dire living conditions, deaths of children under five years old are increasing at an alarming rate

AMMAN, 27 February 2019 - “Despite repeated warnings, the deaths of children in Rukban, at the southwestern border of Syria with Jordan, continue to increase at an alarming rate. Since the beginning of the year, one child has died every five days.

“Of the 12 children who have died so far this year, five were newborns who did not even make it past their first week of life. The first hours, days and months of life are the most critical for an infant’s survival. Despite the best efforts of the humanitarian community to provide emergency support, the desperate conditions in Rukban are simply no place for a child to be born or to grow up.

“One month ago, UNICEF warned that freezing temperatures and lack of healthcare were putting the lives of children in Rukban at extreme risk. Since then, eight more children under five-years-old have died and eight more mothers have had to suffer the inconsolable grief of losing a child for no reason other than a lack of healthcare – something taken for granted in most of the world.

“How can we stand by when newborns and young children are dying from malnutrition, sepsis, respiratory illnesses and other issues easily prevented by access to adequate healthcare and basic living conditions?

“Earlier this February, a joint UNICEF, UN and Syrian Arab Red Crescent convoy was able to deliver health, nutrition, hygiene and education supplies to the estimated 40,000 people living in Rukban. But this welcome measure offered only temporary relief from the many hardships that children and families have endured for years.

“UNICEF calls on all parties to consider children first and urgently find durable solutions to end the years of suffering that they have had to bear. Should warring parties fail to agree on a sustainable plan for children in Rukban, UNICEF calls on them to immediately facilitate sustained, unimpeded and unconditional humanitarian access to children in need.

“How many more warnings will it take to prevent children from dying? There is no more time to waste.” 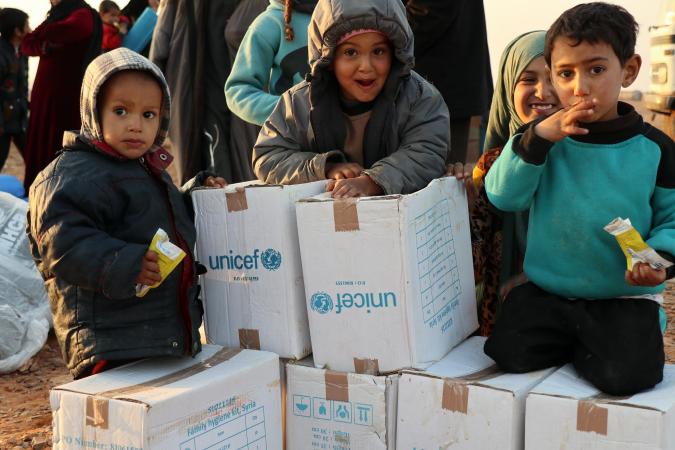