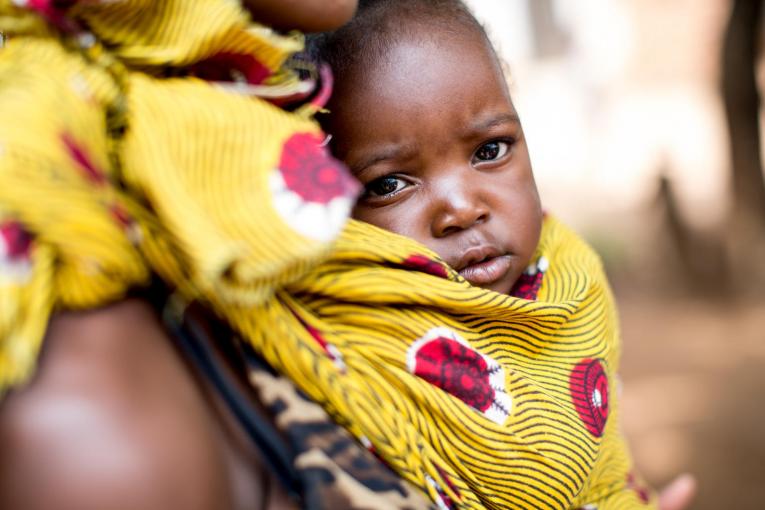 UNICEF/UN0146018/Schermbrucker
A mother carries her baby to attend a health clinic in Zambia.

GENEVA/ATLANTA/NEW YORK, 29 November 2018: Reported measles cases spiked in 2017, as multiple countries experienced severe and protracted outbreaks of the disease. This is according to a new report published today by leading health organizations.

Because of gaps in vaccination coverage, measles outbreaks occurred in all regions, while there were an estimated 110 000 deaths related to the disease.

Using updated disease modelling data, the report provides the most comprehensive estimates of measles trends over the last 17 years. It shows that since 2000, over 21 million lives have been saved through measles immunizations. However, reported cases increased by more than 30 percent worldwide from 2016.

The Americas, the Eastern Mediterranean Region, and Europe experienced the greatest upsurges in cases in 2017, with the Western Pacific the only World Health Organization (WHO) region where measles incidence fell.

“The resurgence of measles is of serious concern, with extended outbreaks occurring across regions, and particularly in countries that had achieved, or were close to achieving measles elimination,” said Dr Soumya Swaminathan, Deputy Director General for Programmes at WHO. “Without urgent efforts to increase vaccination coverage and identify populations with unacceptable levels of under-, or unimmunized children, we risk losing decades of progress in protecting children and communities against this devastating, but entirely preventable disease.”

Measles is a serious and highly contagious disease. It can cause debilitating or fatal complications, including encephalitis (an infection that leads to swelling of the brain), severe diarrhoea and dehydration, pneumonia, ear infections and permanent vision loss. Babies and young children with malnutrition and weak immune systems are particularly vulnerable to complications and death.

The disease is preventable through two doses of a safe and effective vaccine. For several years, however, global coverage with the first dose of measles vaccine has stalled at 85 percent. This is far short of the 95 percent needed to prevent outbreaks, and leaves many people, in many communities, susceptible to the disease. Second dose coverage stands at 67 percent.

“The increase in measles cases is deeply concerning, but not surprising,” said Dr Seth Berkley, CEO of Gavi, the Vaccine Alliance. “Complacency about the disease and the spread of falsehoods about the vaccine in Europe, a collapsing health system in Venezuela and pockets of fragility and low immunization coverage in Africa are combining to bring about a global resurgence of measles after years of progress. Existing strategies need to change: more effort needs to go into increasing routine immunization coverage and strengthening health systems. Otherwise we will continue chasing one outbreak after another.”

Responding to the recent outbreaks, health agencies are calling for sustained investment in immunization systems, alongside efforts to strengthen routine vaccination services. These efforts must focus especially on reaching the poorest, most marginalized communities, including people affected by conflict and displacement.

The agencies also call for actions to build broad-based public support for immunizations, while tackling misinformation and hesitancy around vaccines where these exist.

“Sustained investments are needed to strengthen immunization service delivery and to use every opportunity for delivering vaccines to those who need them,” said Dr Robert Linkins, Branch Chief of Accelerated Disease Control and Vaccine Preventable Disease Surveillance at the U.S. Centers for Disease Control and Prevention (CDC) and Measles & Rubella Initiative Management Team Chair.

The Measles and Rubella Initiative is a partnership formed in 2001 of the American Red Cross, CDC, the United Nations Foundation, UNICEF, and WHO.

Launched in 2001, the Measles & Rubella Initiative (M&RI) is led by the American Red Cross, the United Nations Foundation, CDC, UNICEF and WHO. M&RI is committed to ensuring that no child dies from measles or is born with congenital rubella syndrome, and achieving the Global Vaccine Action Plan goal of measles and rubella elimination in at least five WHO regions by 2020.

The report is available in CDC’s Morbidity and Mortality Weekly Report as of November 29 2018 and in WHO’s Weekly Epidemiological Record from November 30 2018. Further information on immunization progress is also contained within the 2018 Assessment Report of The Global Vaccine Action Plan by the Strategic Advisory Group of Experts on Immunization, published in November 2018. 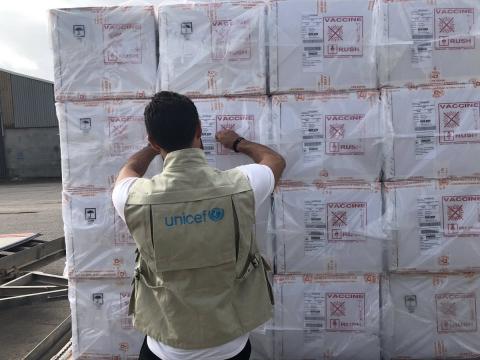