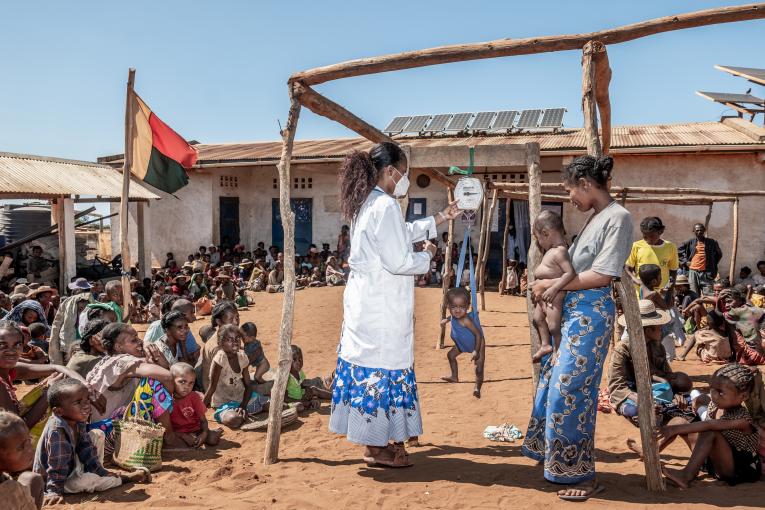 ANTANANARIVO, 26 July 2021 – At least half a million children under the age of five are expected to be acutely malnourished including 110,000 in severe condition, in drought-affected southern Madagascar, suffering irreversible damage to their growth and development. The number of acutely malnourished children is likely to increase fourfold since the previous assessment conducted in October 2020, warn UNICEF and the UN World Food Programme (WFP).

“What is currently happening in southern Madagascar is heartbreaking. We cannot turn our backs on these children whose lives are at stake,” said Moumini Ouedraogo, WFP’s Representative in Madagascar.

‘’We need to double our efforts to curb this catastrophic rise in hunger but we cannot do it without significant funding resources and buy-in from partners.”

Four consecutive years of drought have wiped out harvests and cut off people’s access to food.  With the lean season around the corner, the time of year when food stocks run low, the crisis is expected to drastically worsen. More than 1.14 million people are food insecure in southern Madagascar and the number of people in ‘Catastrophic’ conditions (IPC Phase 5) risks doubling to 28,000 by October.

The worst-affected Ambovombe-Androy district, where global acute malnutrition rates have touched an alarming 27 per cent is at risk of famine unless urgent steps are taken to prevent further deterioration.  The crisis has been aggravated by poor health and sanitation facilities and a lack of safe water.

“There is an urgent need to invest in the prevention and treatment of malnutrition in children to prevent the situation from becoming even more critical,” said Michel Saint-Lot, UNICEF’s Representative in Madagascar. “By providing families with access to safe water and treating malnourished children with therapeutic food, lives can be saved. But we have to act now.”

WFP and UNICEF have been working closely with the Malagasy government and partners since last year to address severe hunger in the south. As the crisis deepens efforts must be intensified and UN agencies are in the process of strengthening their emergency nutrition response in the south. There is a need for an integrated response tackling all drivers of malnutrition. Treatment for malnutrition needs to go hand in hand with a robust multi-sectoral prevention and response plan in collaboration with all partners and the national authorities. 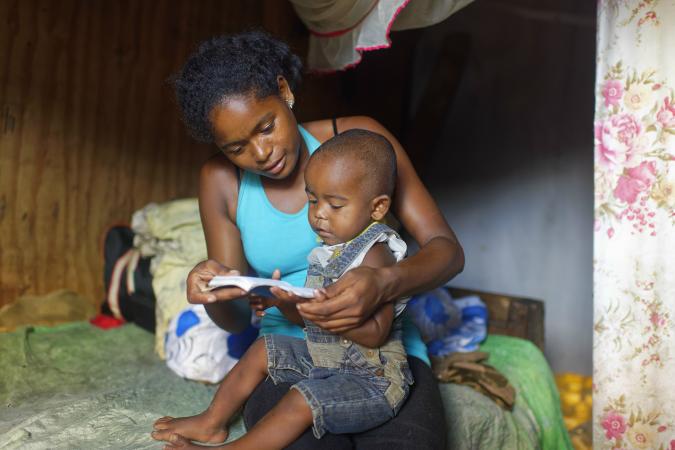 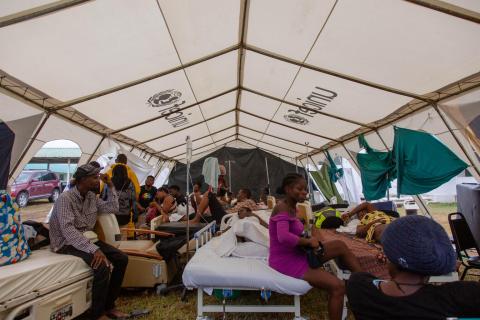 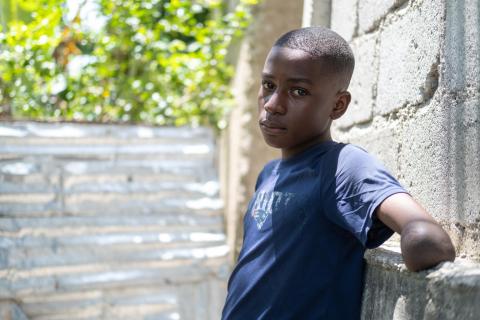 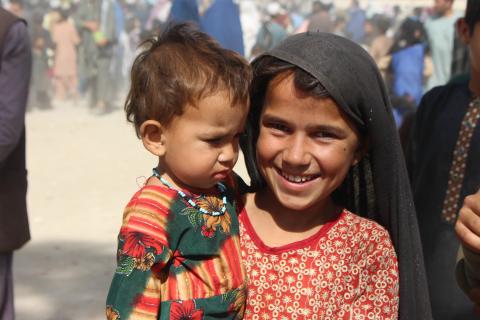 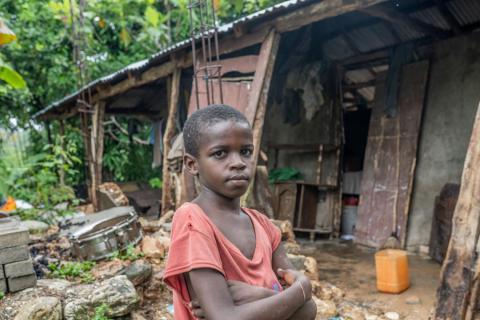 One month on, Haiti’s children grapple with a disaster

A devastating earthquake upended the lives of thousands of children. UNICEF and partners are on the ground to support them