Geneva Palais briefing note: 55,000 Rohingya refugee children at risk due to floods and landslides as pre-monsoon rains start in Bangladesh 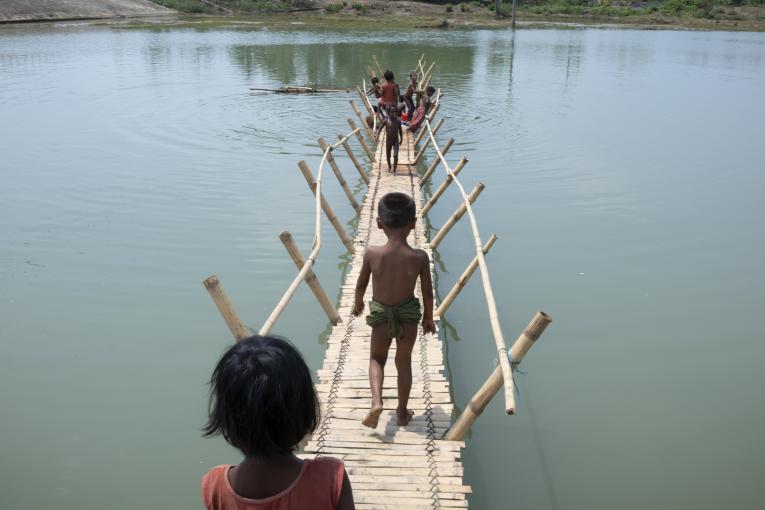 GENEVA, 1 May 2018 - This is a summary of what was said by Christophe Boulierac, UNICEF spokesperson in Geneva – to whom quoted text may be attributed – at today's press briefing at the Palais des Nations in Geneva.

The pre-monsoon rains have started in Cox’s Bazar, which is one of the most flood prone areas of Bangladesh. On the night of the 26th April, a storm damaged shelters and affected several families in refugee camps.

Yesterday, during intense winds before the rains, and during the storm, many children were seen sitting on top of their family’s shelters in an attempt to keep the plastic roof tops from blowing away.

We estimate that more than 100,000 people, including approximately 55,000 children, are at risk due to floods and landslides. It’s possible that this figure could go up to 200,000 people depending on the intensity of rains.

During monsoon season, which lasts from June to September, the overall health and wellbeing of Rohingya refugee children is affected. Increase risk of infectious disease, poor water and sanitation hygiene, and injury impact children whose immune systems are already weakened by acute malnutrition.

The monsoon rains could have a devastating impact on water and sanitation.

A recent mapping of 7727 tube wells showed that almost half (47 per cent) of tube wells and almost a one in three (30 per cent) latrines are at risk of being affected by flooding and landslides.

Because of the monsoon rains, children are at risk of being cut off from lifesaving medical services.

In case of flooding, the number of people suffering acute watery diarrhea is likely to increase. UNICEF and partners are readying to support an estimated 10,000 people, more than half of which (55 per cent) are children, with treatment for Acute Watery Diarrhea over the next three months.

UNICEF is constructing 5 additional Diarrhea treatment centers. One has already opened, two other will open later this week and the two last ones end of May. We haven also prepositioned medicines and supplies.

At least 3 out of 24 health facilities supported by UNICEF in the camps and makeshift settlements are at risk of flooding. This could affect between 25,000 and 30,000 people, more than half of which are children.

We have set up 10 health facilities, supporting around 250,000 beneficiaries.

Working with the Bangladesh Government and the WHO, we are also planning to reach almost 1 million people from May 6 to May 13 for the second round of Oral Cholera Vaccinations.

The nutrition status of Rohingya child refugees could also be affected given the specific risks they are facing during this season.

UNICEF will work to ensure all children with Severe Acute Malnutrition  are accurately identified and fitted with a red identification bracelets to ensure community based management of acute malnutrition.

We have established Mobile Nutrition teams as part of Mobile Medical Units to provide integrated health and nutrition support to camp-based populations in remote areas.

We have also prepositioned essential nutrition supplies in large stock including therapeutic formulas, Ready to Use Therapeutic Feeding, and amoxicillin

UNICEF and partners have strengthened their key protection mechanisms in the affected camps. The physical infrastructure of the Child Friendly Spaces in the flood plain areas are being reinforced.

Work around the prevention of family separation, a very real risk in the camps, continues. This includes explaining to communities what families should do if a child goes missing and securing 250,000 plastic, waterproof identification bracelets.  We have also identified points where families can report missing children and trained community volunteers that could be positioned to support separated and unaccompanied children.

Finally, children are at risk of being cut off from important recreational and educational facilities

UNICEF has reinforced the physical infrastructure of the learning centers we support both in the camps and in the makeshift settlements.  Out of its 795 learning centers, 220 are at risk. This  could affect around 23,000 children.

We need US$10 million to fund our Monsoon response. So far, we have raised US$5.9 Million 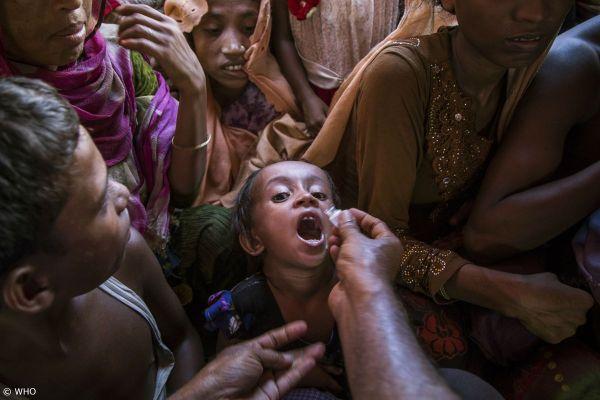 Seeking safety, water and shelter in northeast Syria
UNICEF is working through partners to help children displaced by recent violence
See the story 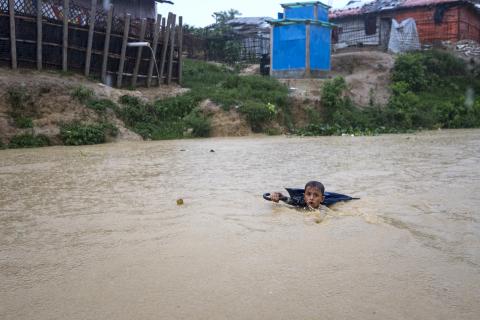