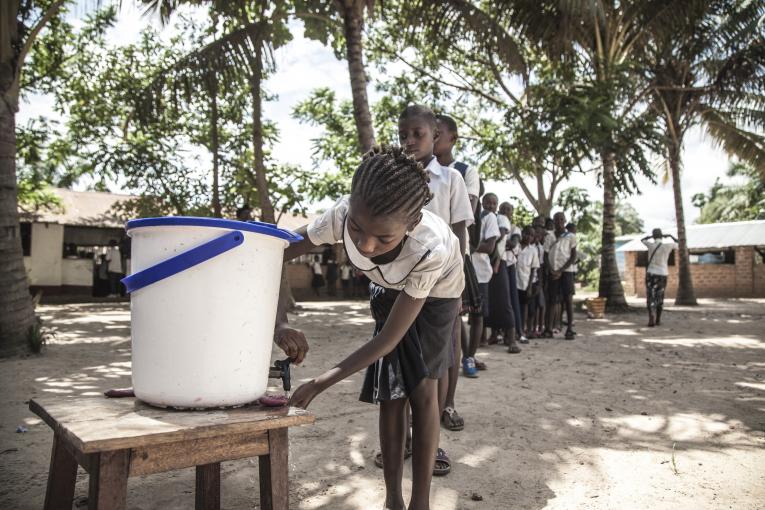 © UNICEF/UN0211678/Naftalin
On 22 May 2018, children wash their hands to help contain the Ebola outbreak before entering a classroom in the north-western city of Mbandaka, in the Democratic Republic of the Congo. UNICEF has installed hand-washing points in 50 targeted schools in affected areas in the port city.

KINSHASA, 24 July, 2018 – The Government of the Democratic Republic of the Congo (DRC) today announced the end of the Ebola virus epidemic, eleven weeks after its declaration in the Province of Equateur, in the country’s northwest. UNICEF commends the effective joint response, under the coordination of the Ministry of Health, which was instrumental in helping to stem the spread of the disease.

Once the outbreak began on 8 May in the Bikoro Health Zone, UNICEF teams in the DRC were immediately mobilized to help contain the spread of the disease, with a focus on protecting children. In coordination with the Ministry of Health, World Health Organization and other partners, UNICEF centered its response on communication and community mobilization activities, water supply and hygiene promotion to prevent the spread of the disease, as well as the provision of psychosocial assistance to families affected by the epidemic.

"It is thanks to the cooperation of all the partners under the coordination of the Government of the DRC, that we’ve been successful in mobilizing communities to adopt behaviors and practices to contain the disease,” said Gianfranco Rotigliano, UNICEF Representative in the Democratic Republic of the Congo. “But we have to stay vigilant against future outbreaks by strengthening surveillance systems. Communication and community engagement efforts are also essential to avoiding and controlling new epidemics in the region.”

UNICEF has mobilized nearly US $ 10 million of its own funds for its response to the epidemic, with funding support from many donors including the Governments of the United States, Japan and Canada, as well as the World Bank, European Union, Mercury Funds, CERF and GAVI.

This outbreak of the Ebola virus disease was the ninth in the DRC since the discovery of the virus in 1976. 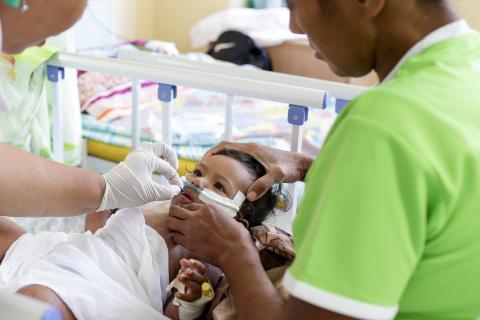 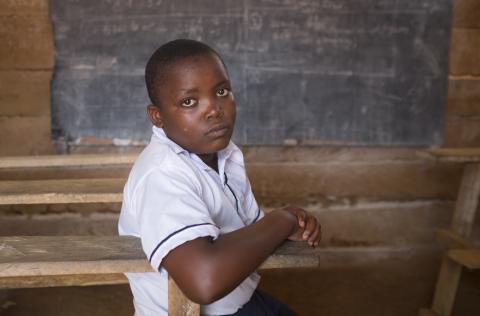