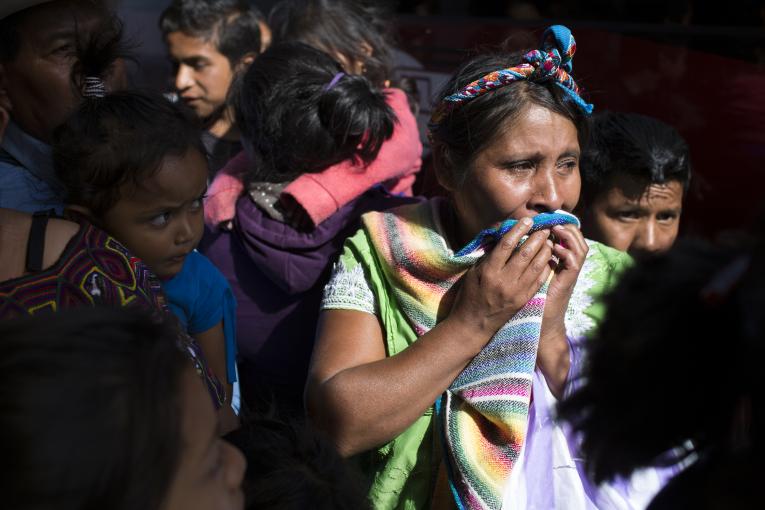 UNICEF/UN0217797/Bindra
FILE PHOTO: A mother cries in anticipation of meeting her son, who had been deported from Mexico, at the governmental reception shelter "Nuestras Raices" ("Our Roots", in English) in Quetzaltenango, Guatemala on May 3, 2018. All minors deported from Mexico are sent to this center by bus.

PANAMA CITY, 17 December 2020 – Death threats, gang recruitment, extortion and other forms of targeted violence are driving more families in northern Central America to flee their homes and seek safety in other countries, a new UNHCR and UNICEF survey reveals today.

Nearly 20 per cent of over 3,100 interviewees migrating in family units identified violence – including death threats, extortion, gang recruitment and domestic violence – as the main reason behind their decision to leave their communities. More than 30 per cent of unaccompanied migrant children surveyed identified some type of violence as the main driver of their movement, which in turn affected their ability to access essential services, including going to school.

These survey findings help explain the dynamic behind the alarming 456 per cent spike in family units apprehended at the southern border of the United States of America last year. This number has soared from nearly 77,800 families in 2018 to more than 432,000 in 2019.

“The shift in the demographics of flight from the north of Central America reflects a grim reality on the ground in the countries of origin where entire families are under threat and flee together to find safety,” said Giovanni Bassu, UNHCR, the UN Refugee Agency Regional Representative for Central America and Cuba.

In communities characterized by extreme violence, gang attacks and criminal activities, young men, women and teenagers in northern Central America are particularly vulnerable. Violence, especially death threats associated with recruitment, directly affect children and adolescents. Children described facing several push factors, including different types of violence and the lack of opportunities and services in their countries. Adults described receiving threats by gangs aimed at their entire family, which led many to leave their community with all their children in order not to leave them at risk.

“Many people from northern Central America are literally running for their lives as gangs target entire families, including children, forcing them to flee”, says Jean Gough, UNICEF Regional Director for Latin America and the Caribbean. “They don’t leave any family member behind because they fear retaliation from the gangs in the communities. Now, after COVID-19 and two devastating hurricanes have hit Central America, the increase in poverty and violence is likely to drive more of these families from their homes in the coming weeks and months.”

By the end of 2019, over 800,000 people from El Salvador, Guatemala and Honduras had sought protection either within their countries or had crossed international borders seeking asylum to escape interrelated threats, including escalating levels of gang violence and persecution, among other push factors. While some young women and girls are victims of sexual and gender-based violence perpetuated by gang members, young men are exploited for criminal ends, including drug-running, or are fully recruited into criminal groups.

During the COVID-19 pandemic, strict restrictions on movement and border closures have limited the options for people to flee danger, particularly in the countries of northern Central America: El Salvador, Guatemala and Honduras. At the same time, the many forms of violence and persecution that have driven forced displacement in this region for years on end have continued and, in some instances, worsened during confinement.

UNHCR and UNICEF call on States to comply with the international obligations they have acquired related to guaranteeing the full enjoyment of human rights to people forced to flee their country or community of origin during all stages of displacement, emphasizing the rights of people with specific protection needs; and to ensure that displaced children and adolescents are treated as children first and foremost, and that their best interests are central in all responses and decisions that impact them, whether they are traveling alone or with their families. 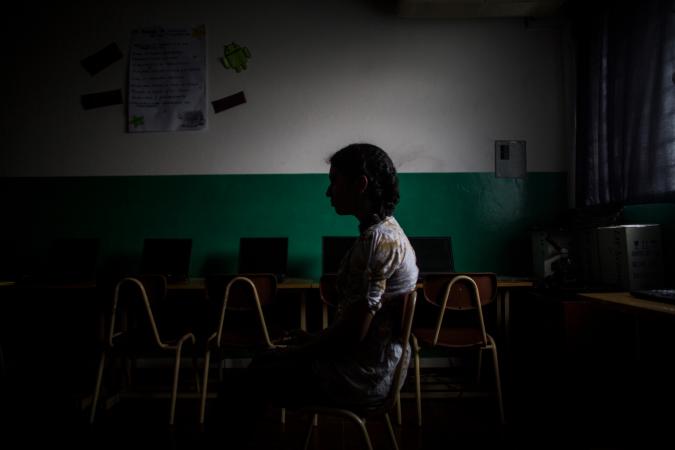 Patricia [name changed], 14, sits inside a classroom at Professor Daniel Cordón Salguero Elementary School in Soyapango municipality in the San Salvador Department of El Salvador. The city is widely known as one of the most notorious municipalities for gang violence in Central America.

Families on the Run can be accessed here

Migration
Latin America and the Caribbean 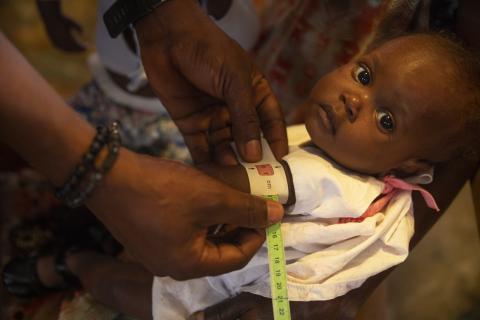 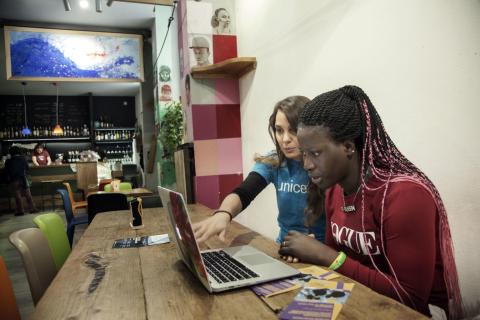 Potential unlocked: Girls and young women on the move 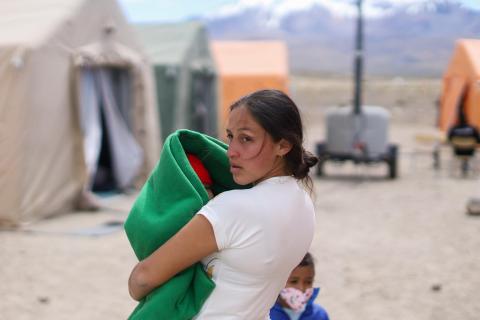