With deadly cyclones on the rise, UNICEF raises concern about impact of climate change on children

NASA
Tropical Cyclone Fani, spinning over the Bay of Bengal, advancing toward India.

NEW YORK, 3 May 2019 – The cyclone currently hammering India and the back-to-back cyclones that tore through Mozambique in March and April have caused serious damage to the lives of thousands of children. They should be an urgent wake-up call to world leaders on the grave risks that extreme weather events pose to the lives of children, UNICEF said today.

“We are witnessing a worrisome trend,” said Henrietta Fore, UNICEF's Executive Director. “Cyclones, droughts and other extreme weather events are increasing in frequency and intensity. As we have seen in Mozambique and elsewhere, poorer countries and communities are disproportionately affected. For children who are already vulnerable, the impact can be devastating.”

More than 120,000 children were affected by Cyclone Kenneth, the strongest storm Mozambique has ever recorded. At least 400 schools were damaged or destroyed, affecting over 40,000 schoolchildren. A cholera outbreak has been declared in the affected area of Cabo Delgado. The April 25 cyclone came just six weeks after Cyclone Idai pummeled the country, affecting 1 million children. Nearly two months on, close to 25,000 people continue to live in shelters.

Meanwhile in Odisha, India, 28 million people, including 10 million children, are in the path of Cyclone Fani. Some 1 million people have already been evacuated in preparation for what has been described as India's strongest cyclone in more than 20 years.

“Children will bear the brunt of these disasters,” said Gautam Narasimhan, UNICEF Senior Adviser on Climate Change. “This is not business as usual. Climate change is linked to rising sea levels and the increase in rainfall associated with cyclones, causing more devastation in coastal but also inland areas. In the short term, children are at risk of drowning and landslides, deadly diseases including cholera and malaria, malnutrition from reduced agricultural production, and psychological trauma – all of which are compounded when health centers and schools are impacted. In the long term, cycles of poverty can linger for years and limit the capacity of families and communities to adapt to climate change and to reduce the risk of disasters.” 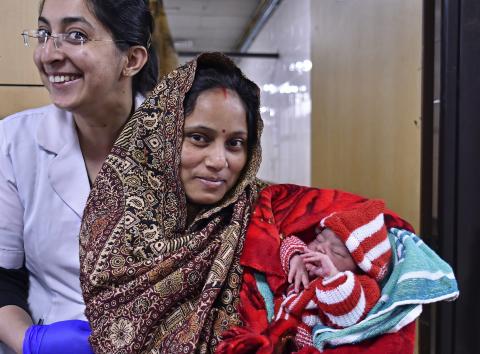 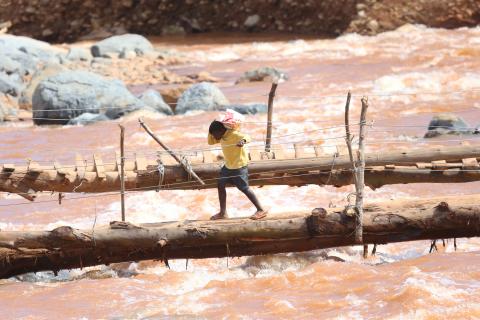 FACT SHEET: ‘The climate crisis is a child rights crisis’
Visit the page