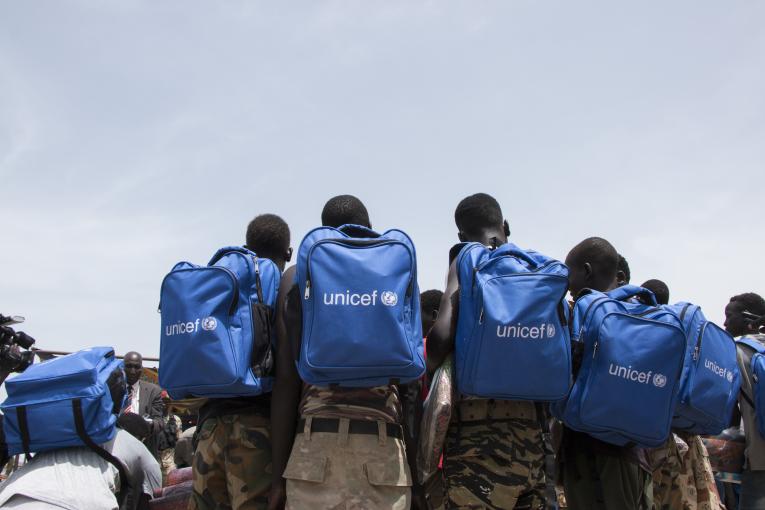 UNICEF/UN0275978/Chol
In May 2018, children just released from an armed group in Pibor show off their new backpacks.

JUBA/NEW YORK, 12 February 2020 – Critical programmes providing support for children released from armed forces and groups in South Sudan may be forced to end next month if urgently needed funds are not provided, UNICEF warned today.

900 children are already registered for release, but without urgent new funding, UNICEF will not be able to provide support as they transition to civilian life

The three-year reintegration programme costs just US$2,000 per child, providing psychosocial support and a dedicated social worker, family tracing and reunification, education services, and other vital services to help children rebuild their lives.

“The word frustration doesn’t even come close to how I feel about the situation,” said UNICEF’s Representative in South Sudan, Mohamed Ag Ayoya. “Children are registered, verified, and ready to be released, UNICEF has a proven and effective reintegration programme, yet we don’t have the funding to continue this vital work. My grievances are on behalf of the children who are ready to get started on their new lives, reclaiming their childhood.”

With the likely formation of a unified government in South Sudan in February and hopefully prolonged peace, UNICEF expects more children to be released and in need of support. Release of children without sufficient support can lead to long-term repercussions for the children affected and have a destabilizing effect on communities.

The programme has been severely underfunded for over a year, with the organisation forced to divert resources from other areas of work to sustain the crucial support to incredibly vulnerable children. With these funds now exhausted, UNICEF is left with no choice but to suspend the reintegration programme if fresh resources are not made available.

UNICEF South Sudan requires US$4.2 million for 2020 to cover new releases and the immediate enrolment into reintegration programmes and for the continuation of the programme for children released previously. If adequate funding is provided, UNICEF will be able to support some 2,100 children released from armed forces and armed groups over the coming year.

“I urge the international community to step forward and help UNICEF with the funds needed to continue the reintegration programme which is changing the lives of children used by armed forces and armed groups, but also as a support to uphold crucial conventions and laws that are under pressure,” said Ayoya.

UNICEF is especially urging the Group of Friends on children and armed conflict, including Canada, the EU, France, Germany, Norway, Sweden, the UK and the US, to take the lead on securing a future for some of the most vulnerable children in South Sudan and helping build a more peaceful and stable future for the country. 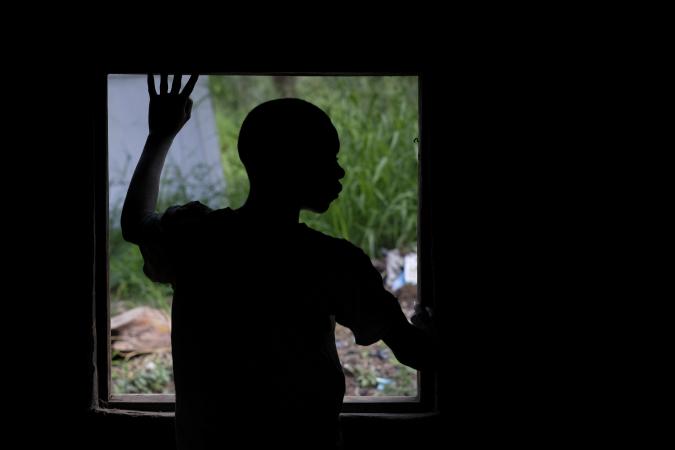