In Nepal, thanks to an innovative tele-mental health system established with UNICEF support, children and adolescents are able to more easily access mental health support services

Surkhet, Nepal:  It was early in 2022 when Lokendra Subedi began to worry about his young son. The child – eight years old at the time – was starting to act a bit strange, showing a number of changes in his behaviour that concerned both Lokendra and wife Tika.

“He was taking a lot of long breaths, not sleeping as well as he used to… he would also constantly make these ‘hmmm, hmmm, hmmm’ sounds when sitting by himself,” Lokendra, a resident of Surkhet District in the Karnali Province in western Nepal, explains.

“He also seemed afraid to be alone and would try to stick close to us as much as possible.”

Hoping for a solution, the family consulted pediatricians at the Karnali Provincial Hospital. However, even after a series of physical check-ups and tests, doctors couldn’t find anything wrong with him. “They checked his nose, lungs, but there was nothing there…. Physically, he was fit,” Lokendra says.

That was when the couple started to wonder if the issue might have to do with their child’s mental health. Still, their next course of action was not clear, given the dearth of child mental health specialists in the area.

Luckily, while the family had been deliberating their options, Lokendra learned from one of the pediatricians at the provincial hospital that there was a new service in place: a tele-mental health system. Under this initiative, a team of psychiatrists and clinical psychologists based in the Kanti Children’s Hospital in the country’s capital city, Kathmandu, provide remote mental health treatment and counselling services via telephone and video calls to caregivers of children and adolescents around the country.

This service was established with support from UNICEF in collaboration with local partner CWIN Nepal. In addition, a second unit is also in the process of being established at the Karnali Provincial Hospital in Surkhet in partnership with the provincial government, thanks to the generous support of the Rettig Group - through the Finnish Committee for UNICEF -  so as to reach even more children.

Thanks to this tele-mental health service, Lokendra was able to consult a child psychologist about his son’s condition, and says he felt at ease from the very first conversation. “The doctor told us that he had seen other children with similar problems, and that in many cases, it was because of the drastic disruptions that the pandemic had brought about in children’s lives and schooling,” Lokendra says. “He explained that this had led to anxiety in many children, and that that was possibly what my child was suffering as well.” 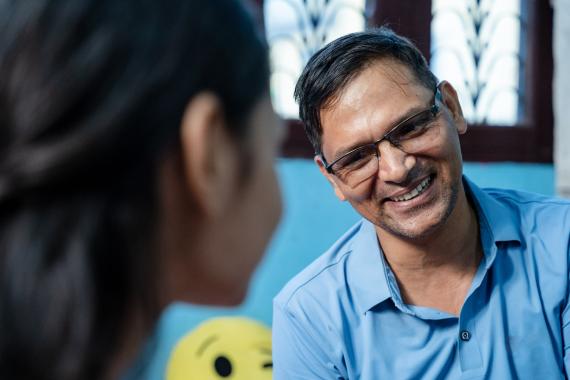 UNICEF Nepal/2022/RUpadhayay
Lokendra Subedi smiles as he chats to his daughter in their home in Surkhet District in western Nepal.

A round of medication was prescribed, and Lokendra given various tips on how to help manage his son’s anxiety at home. Slowly but surely, after several months and numerous follow-up sessions through the tele-mental health system, Lokendra and Tika began to see a marked improvement in the child.

“These months of treatment have really, really helped us, and my child is doing much better now,” he says. “I feel so relieved.”

Forty per cent of Nepal’s population at present consists of children and adolescents under the age of 18.  One of the key challenges for this young demographic relates to mental health – the country has one of the highest rates of suicide among adolescents in the South Asia region.

Seven in 1,000 adolescents have attempted suicide in their lifetimes, and four in 100 have had suicidal thoughts, as per the national mental health survey in 2020.

Despite this high prevalence, mental health issues often go unrecognized and untreated, owing to a mix of factors, including the lack of awareness, stigma and silence surrounding mental health, as well as limited availability and access to mental health services and trained providers, most of whom are concentrated in Kathmandu and a few other urban centers.

“We are the only full-time mental health clinic for children and adolescents in the whole of Nepal,” says Dr. Arun Raj Kunwar, head of the Department of Child and Adolescent Psychiatry at the Kanti Children’s Hospital, and lead psychologist for the tele-mental health system.

Dr. Arun explains that, in the past, people used to travel five or six days to bring their children to the hospital. When the COVID-19 pandemic struck, however, and restrictions were placed on mobility, people were simply not able to come to the facility in person. “That was when we started the tele-video option, using WhatsApp, Viber, Messenger and other video calling tools that people are already familiar with.”

This can have a massive impact on reducing people’s expenses, Dr. Arun says. “To come for follow ups has a lot of cost implications for families – there are the flight tickets or vehicle charges to bring multiple family members to the city, followed by accommodation and other costs. Each visit can be a big burden.”

In this context, the tele-mental health system enables families who would never have been able to access mental health support services in the past a chance to do so now.

“In a country like ours, where services are sparse outside Kathmandu and travel is very difficult, tele-medicine is a new frontier,” Dr. Arun says. 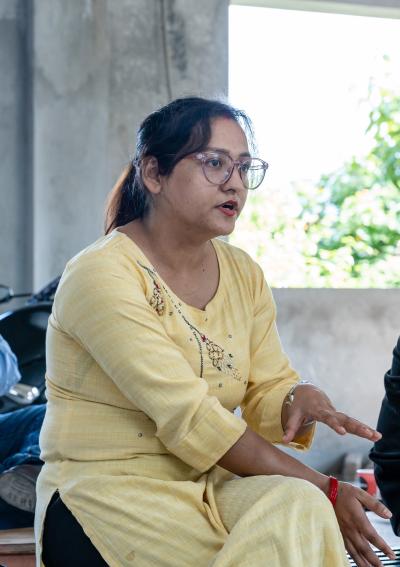 In 2022 alone, the tele-mental health unit has fielded over 3,000 calls. In addition to working with provincial hospital management and CWIN in the setting up of these units, UNICEF has also been training health workers at the community level in Karnali Province to raise awareness in their respective areas with regard to mental health, screen cases and increase referrals to the tele-mental health system.

Ishwori Poudel, nursing officer at the Mehelkuna Primary Health Care Centre in remote Surkhet, is among those health workers in the province who have participated in these sessions. She says she speaks for all her fellow health workers when she says she is keen for the second tele-mental health unit in the Karnali Provincial Hospital to come into operation closer to home.

“When we come across cases of children and adolescents with mental health issues, it is difficult for us to treat them as we don’t have the necessary expertise in house, and we feel bad recommending they go to Kathmandu given the high expenses,” Ishwori says. She adds that having the tele-mental health service in Surkhet itself would make referrals a lot easier and economical.

Still, Ishwori says there is a lot more to be done to battle the stigma that mires mental health. “In our community, people don’t talk openly about mental health, so we don’t get a lot of patients coming to us directly to seek help – instead we have to deduce from their words, behaviors and actions, so there is a big need to raise awareness.”

On his part, Lokendra says he has been doing his best to inform his family and friends about the availability of the tele-mental health system, sharing his own experience of using it.

“To be honest, I can’t really express in words just what it has meant to me…. I was under such a great deal of pressure; I didn’t know what to do. But thanks to the facility, there has been such an improvement in my son’s health,” he says. “We are very happy.”

UNICEF has developed a mental health chatbot (Ma Chhu Ni) to be connected to popular messaging apps, providing users with key information and guidance on navigating mental health issues. And, in cases where personal counseling or mental health specialist services are required, it will also connect them to the psychiatrists and psychologists at the tele-mental health unit at the Karnali Provincial Hospital, also connected to the unit at the Kanti Children’s Hospital. The content for this chatbot has been co-designed with a group of adolescents. 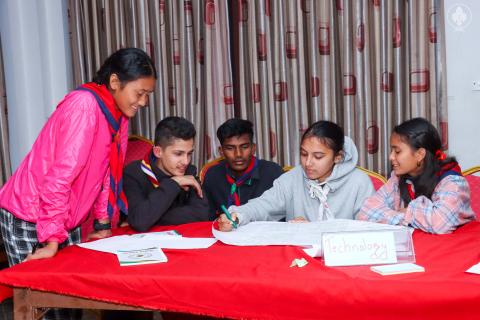 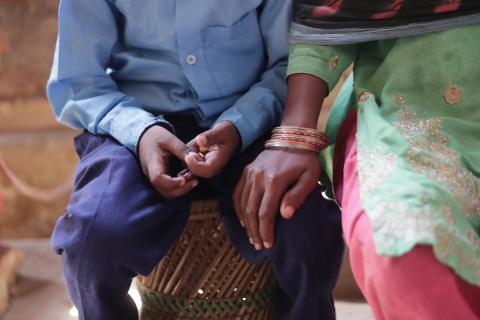 How can we foster strong connections for better mental health

In Nepal, a group of adolescents is working to design a chatbot to help their peers more easily access mental health and psychosocial support services 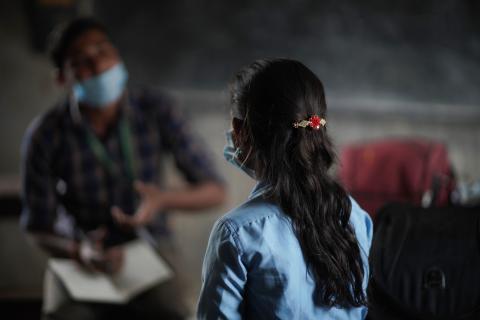