Changara, TETE - If there is anything you can say about Melina is that she has character. When social workers came over to her house to check up on her and provide food support, she ran, fast, thinking they were after her grandchildren. In her extreme vulnerability, Melina reacted viscerally in order to protect her young. Many grandmothers in Mozambique are like Melina, who due to poverty or HIV/ AIDS, often become mothers to their grandchildren.

"I am proud of having them," she says.

In her late seventies, she does whatever she can for her three grandchildren, aged between 2 and 10, whose parents died in 2010. When social services found them, they lived in a shack made of wood planks and a thatched roof, hardly a house. The younger child was severely malnourished. Since then, the family has received food assistance, including infant formula, and the process of finding a plot of land to build a new home for them is underway. Melina and her children have since moved to a tiny, one-room house that a neighbour kindly lent them, but it is too small for 4 people.

True to her nature, Melina has found yet another reason to fight with social services. But wilfulness has perhaps served her well, a trait that can come in handy when caring for three young children with minimal resources. Social services had identified a house for Melina, but she refused to take it, even though it was safe and comfortable. The house was one of ten reserved for elderly dementia patients, and Melina refused to have the children "in that environment". Senility is often associated with witchcraft in this remote part of Mozambique. Social services finally had no choice but to relent.

It is clear to everyone that all Melina really wants is for her grandchildren to grow up in an environment that is healthy, childfriendly, and close to their support network of neighbours and friends, whom she has often relied on.

Meanwhile, the three children have been given proper birth certificates, and the older ones are in school. They also have mosquito nets, which Melina takes precious care of. The baby is now visibly well nourished. The middle one writes his name on a paper, and shows it around. The grandmother is in awe and can hardly contain her pride, as the neighbours applaud the 8-year-old boy.

As for Melina, she will never stop demanding the very best for her grandchildren.

"I want more food, blankets, clothing and school. I want more of everything," she says with determination.

No one can argue with that. 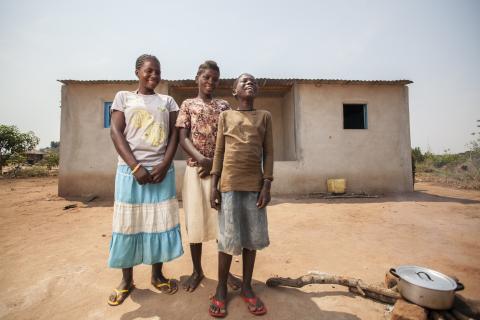 Orphan sisters get a new house

In the new house, the sisters each have iron bunk beds and mosquito nets. 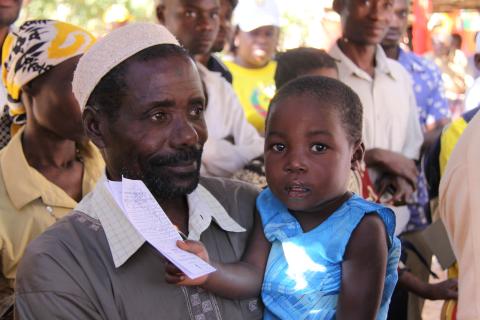 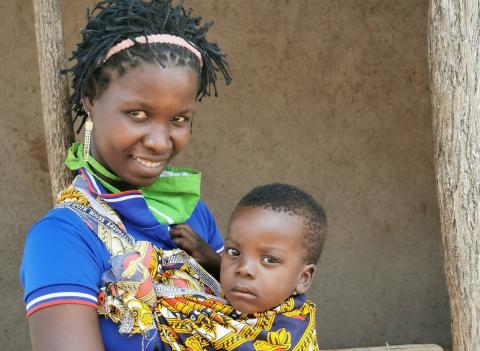 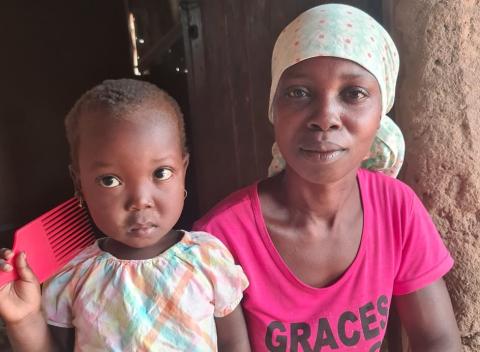