A guide to action for religious leaders and communities.

Information and communications technologies (ICTs) and the Internet have become an integral part of modern life, and play an important role in the educational and social development of children. However, they also expose children to new and evolving forms of sexual exploitation.

Child sexual exploitation has soared in recent years as reflected by the ever increasing production and distribution of child sexual abuse materials (CSAM) due to the use of more advanced ICTs by perpetrators.
According to police reports, the number of CSAM now in circulation is staggering. Practices such as 'sexting' (the self-production and sharing of sexualised messages or images) also place children at risk of
sexual abuse and exploitation. 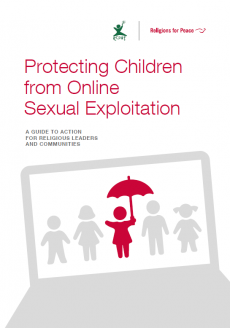