Uprooted in Central America and Mexico

Every day, children and families from El Salvador, Guatemala, Honduras and Mexico leave their homes and communities to set off on the perilous journey northward. Driven by the threat of violence and desperation of poverty, they risk their lives for the promise of a better future. Along the way they face the constant threat of exploitation or detention – a threat that continues if they make it across the border. And if they do return home, they often find their circumstances worse than when their journey began.

Why are families from northern Central America and Mexico migrating northward?

The decision to leave is often shaped by multiple factors. For many families, migration to Mexico and the United States is the only path they can imagine to escape the torment of extreme poverty. Others are driven by the pervasive threat of violence in their countries, lack of educational opportunities for children, and a desire to reunite with family members who have already migrated.

Without the means to access safe and regular migration pathways, many of the region’s poorest and most disadvantaged families take dangerous informal routes. Unaccompanied children and women are at the greatest risk – they are easy prey to traffickers, criminals, gangs, security forces and others who abuse, exploit or even kill them. Children may be apprehended in transit or upon reaching their destinations, only to be separated from their families, detained and returned to their countries of origin.

What happens when they are sent back?

For migrant children and families, reintegrating safely back into their communities is more complicated than simply being sent home. Families frequently find themselves in debt, unable to earn back the money they spent to finance the journey. Children endure the immense psychological stress of being separated, detained and deported to a country and socioeconomic circumstances that are entirely new to them. They are often stigmatized by their communities and seen as failures, or, in the case of some teenage girls, viewed as ‘tainted’. And the threat of violence persists. In many cases, the fact that families have been in the United States can make them a target for local gangs.

UNICEF is working with partners and governments in northern Central America to protect the rights and safety of migrant children. Our response is manifold: focusing on improving the lives of children and families whose circumstances force them to consider migrating; protecting their safety along the migration journey; and supporting programmes that help them face the multiple challenges of reintegration. Learn more about our response >>

Northern Central America contains some of the world’s most violent countries that are not engaged in active warfare. El Salvador, Guatemala and Honduras are among the poorest countries in the Western Hemisphere. 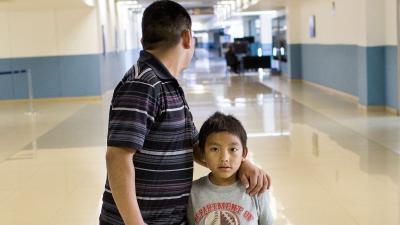 Jorge in Guatemala
Eric in Honduras 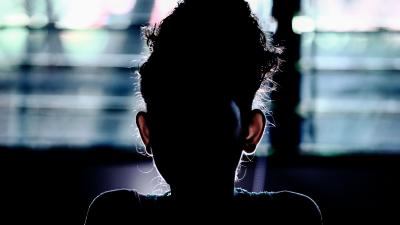 UNICEF is working at every point along the migration journey to help address the root causes of migration, the risks along the way, and the challenges of reintegration.

To help the region’s children and young people escape the cycle of poverty and disadvantage, UNICEF works with governments and partners to expand access to basic services like health care, education and financial support.

To safeguard children from violence in northern Central America and Mexico, UNICEF works with partners and governments to create safe spaces and educational, recreational and vocational opportunities, as well as providing psychosocial support.

To help children who face danger and exploitation on migration routes, UNICEF works with partners to create standards and policies to protect migrant and refugee children, including consular protection.

To protect against child detention and family separation, UNICEF supports and advocates for alternative approaches that work in the best interests of the child, like open-door shelters and community-based care.

To meet the challenges of reintegration for migrant children who return home, UNICEF supports a variety of programmes to provide services like legal assistance, consular support, psychological care, accommodation and safe spaces.

Help us tackle the violence and poverty that uproots children in Central America and Mexico.