Complications during pregnancy and childbirth are a leading cause of death among women in South Sudan, which has the fifth highest maternal mortality rate in the world. UNICEF and partners are providing maternal medical kits to health facilities across the country to help more women have safe and healthy births.

AWEIL, South Sudan, 9 November 2017 – Arek Yel Deng had given birth before but she had never experienced such pain. Her labour lasted a week and the pain was so severe she thought she was going to die.

“When I was in labour I couldn’t even move, it was like my lower limbs were paralyzed,” she says sitting outside her home in the village of Rumwut, in northwest South Sudan. “I’ve never had so much pain delivering a baby.”

And it wasn’t just one baby she delivered, but two, with a 12 hour gap between the births. Complications with the second birth meant Arek had to be transferred from her local clinic to a larger facility in the town of Aweil, 20 kilometres away.

Arek was told her second baby was not in a proper position for delivery. Midwife Joseph Kiir Sylvester said he would need to make an internal rotation of the baby. The child was successfully delivered, but the danger wasn’t over as Arek experienced persistent bleeding, known as postpartum hemorrhaging.

“When I was bleeding so much after birth, I was thinking about my children. If I die how are they going to survive without me,” said Arek. “I just felt so worried.”

The leading cause of maternal deaths

The midwife was able to stop the bleeding by using the drug oxytocin.

“[Postpartum hemorrhaging] is very challenging because you can lose the baby and the mother from it,” explains Sylvester. “They can both die in your hands.”

Postpartum bleeding is one of the leading cause of maternal deaths in the world. But most maternal deaths can be prevented if birth deliveries are done by skilled health professionals with the right equipment and supplies.

However, meeting these basic standards remains a huge challenge in South Sudan. Only about 1 in 5 births involves a skilled health care worker.

Emmanuel Ramba is the program officer for UNICEF in Aweil. He says about 3,000 midwifery kits have been distributed to health facilities across the Northern Bar el Ghazal region. The kits, which are provided through funding from UNICEF Germany, contain crucial items for midwives to treat pregnant patients, such as folic acid, anti-malarial drugs and oxytocin.

Expectant mothers are also provided with birthing kits that provide essentials such as soap, new baby clothes, blankets and a plastic sheet.

Arek says she could not afford these items herself. She already has six other children and does not feel strong enough physically to work. Her husband has eight other wives and does not help her anymore, she says.

She believes that she would have died if it were not for the care and support she received.

So far this year, UNICEF has helped provided more than 63,534 pregnant women with antenatal care services and 9,549 deliveries were assisted by skilled birth attendants nationwide.

At the Aweil health care center midwife Sylvester says some 200 women have been treated using the UNICEF kits so far this year.

“If we could have the kits continuously, it would be good, the women wouldn’t be suffering so much,” he says as he heads out to treat his next patient. 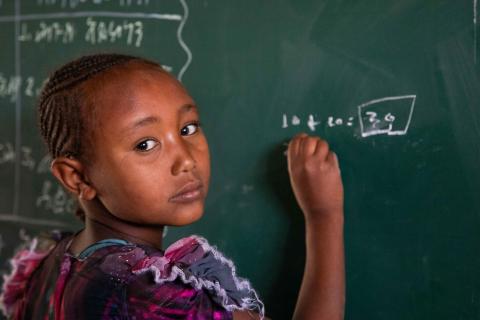 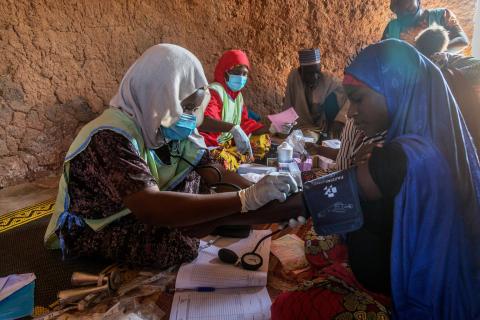 Some 80,000 young people have taken part in digital innovation challenges in their communities