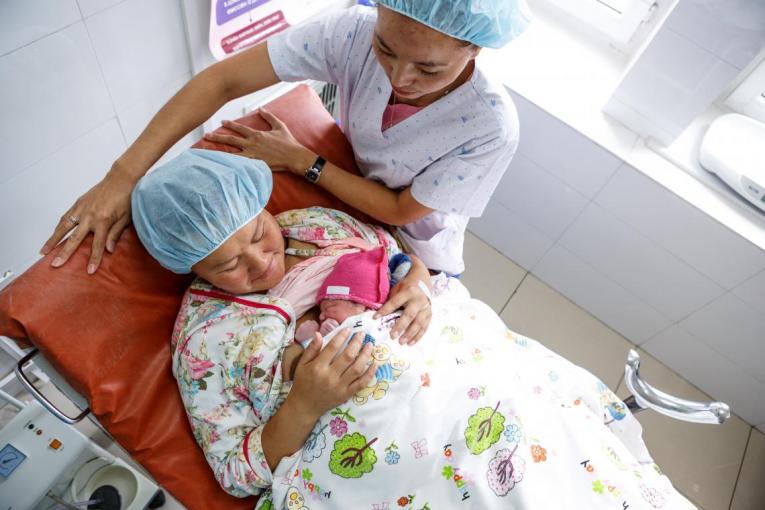 NEW YORK/ VANCOUVER, 3 June 2019 –  More than 5 million families across Africa, Asia, and Latin America and the Caribbean spend over 40 per cent of their non-food household expenses on maternal health services every year, UNICEF said today in a new analysis on maternal health.

Nearly two-thirds of these households, or around 3 million, are in Asia while approximately 1.9 million are in Africa. According to the analysis, the costs of antenatal care and delivery services can deter pregnant women from seeking medical attention, endangering the lives of mothers and their babies.

“For far too many families, the sheer costs of childbirth can be catastrophic. If a family cannot afford these costs, the consequences can even be fatal,” said UNICEF Executive Director Henrietta Fore. “When families cut corners to reduce maternal health care costs, both mothers and their babies suffer.”

The report notes that although much progress has been made around the world in improving women’s access to maternal services, every day over 800 still die from pregnancy-related complications. At least 7,000 stillbirths also occur every day, half of these babies who were alive when labor began, and 7,000 babies die in the first month of life.

The reality is stark for the poorest women. Across South Asia, three times as many rich women receive four or more antenatal care visits than women from poorer families. When it comes to women giving birth at a facility, the gap between the poorest and the richest is more than double in West and Central Africa.

Doctors, nurses and midwives play a critical role in saving mothers, yet millions of births occur every year without a skilled attendant. According to the analysis, from 2010 to 2017, the coverage of health personnel increased in many countries. However, the increase in coverage has been minimal in the poorest countries where maternal and neonatal mortality levels were the highest. For example, from 2010 to 2017, coverage increased from 4 to 5 health workers per 10,000 people in Mozambique, and from 3 to 9 in Ethiopia. In Norway that number increased from 213 to 228 health personnel per 10,000 people over the same period.

The report also notes that globally, pregnancy-related complications are the number one cause of death among girls between 15 and 19 years of age. Because adolescent girls are still growing themselves, they are at great risk of complications if they become pregnant. In addition, their children are at higher risk of dying before their fifth birthday. Yet the report finds that child brides are less likely to receive proper medical care while pregnant or to deliver in a health facility, compared to women married as adults.

Typically, child brides end up having many children to care for, often more than women who marry as adults, thwarting their own life chances while increasing the overall financial burden on their families. In Cameroon, Chad and the Gambia, over 60 per cent of girls aged 20-24 who married before turning 15 had three or more children, compared to less than 10 per cent of women at the same age who married as adults.

“We are failing to deliver quality care to the poorest and most vulnerable mothers,” said Ms. Fore. “Too many mothers continue to suffer endlessly, especially during childbirth. We can stop this suffering and save millions of lives with a safe pair of hands, functional facilities and better quality of care before, during and after their pregnancy.”

UNICEF’s Every Child ALIVE, a global campaign to demand and deliver solutions on behalf of the world’s newborns, is calling on governments, health care providers, donors, the private sector, families and businesses to keep every mother and child alive by:

1. Investing financial resources in health systems, starting at the community level;
2. Recruiting, training, retaining and managing sufficient numbers of doctors, nurses and midwives with expertise in maternal and newborn care;
3. Guaranteeing clean, functional health facilities equipped with water, soap and electricity, within the reach of every mother and baby;
4. Making it a priority to provide every mother and baby with the life-saving drugs and equipment needed for a healthy start in life; and
5. Empowering adolescent girls and families to demand and receive quality care. 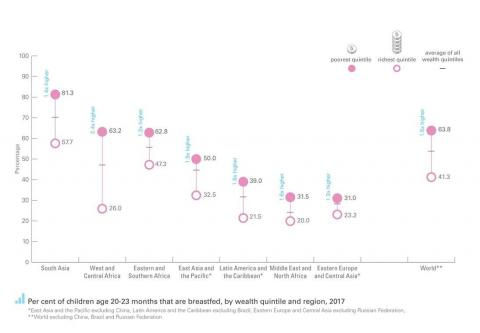 On Mother’s Day, UNICEF calls for the narrowing of “breastfeeding gaps” between rich and poor worldwide 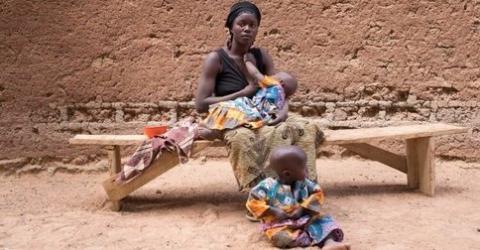 Overcoming challenges together to give children the best sta...