UNICEF warns that more children in Pakistan will die without immediate international support, and revises funding appeal to US$173.5 million

This is a summary of what was said by UNICEF Representative in Pakistan, Abdullah Fadil – to whom quoted text may be attributed - at today's press briefing at the Palais des Nations in Geneva 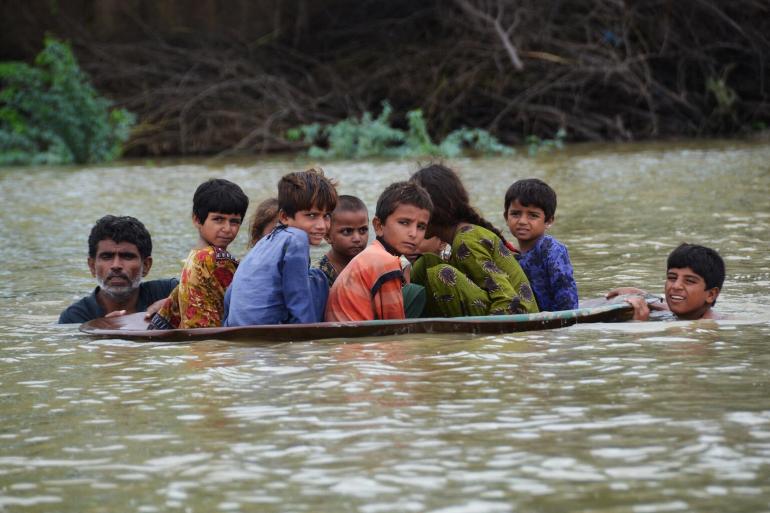 UNICEF/UN0698138/Hussain/AFP
A man uses a satellite dish to move children across a flooded area in Balochistan Province.

GENEVA/ISLAMABAD, 7 October 2022 – “Pakistan’s catastrophic floods have already claimed the lives of 615 children. Right now, almost 10 million children are now in need of immediate, lifesaving support. It is a staggering number; indeed the scale of need is daunting. And with a heavy heart, I must state that more children will die in the coming days and weeks if urgent action is not taken.

"The situation on the ground is unlike anything we have seen before. With winter looming, needs will only increase. Some families have now been living in derelict makeshift tents for more than eight weeks. Some have only tattered rags to shield themselves from the scorching sun. Children are surrounded by pools of stagnant water poisoned with fertilizers and faeces, and swarming with diseases and viruses, sometimes meters away from where they sleep.

"Today more than half a million children (520,000) face Severe Acute Malnutrition (SAM) and need immediate treatment; close to 80,00 suffer from Severe Acute Malnutrition with medical complications and need urgent medical interventions. Even before these super-floods hit Pakistan, the average stunting rate for children under five was already at 50 per cent in the affected districts.

"Damage to water supply systems and sanitation facilities has resulted in 5.5 million people no longer having access to safe drinking water. Despite UNICEF delivering a million litres of clean water each and every day, such is the scope of this crisis, many families have no alternative but to drink the disease-ridden water. They are now bearing the brunt of deadly water-borne diseases such as cholera, diarrhoea, dengue, and malaria, which only reinforces already acute malnutrition.

"Despite severe challenges in reaching the most affected children and families, UNICEF has been on the ground since day one, supporting the Government of Pakistan’s flood response in 55 of the worst affected districts. We have already delivered lifesaving humanitarian supplies worth US$10 million and flown more than 145 metric tons of humanitarian supplies into the country, including 820,000 antimalarial tablets last weekend. We have set up 86 mobile health units and 226 temporary learning centres to help children cope with trauma and resume a routine. We have also established two hubs to improve access to the flood-affected areas and are in the process of establishing two more.

"But we cannot respond to the sheer scale of the destruction and avert a major crisis without more immediate support. Scaling up nutrition, WASH and health now is critical to save children’s lives.

"Amid all this, UNICEF has now revised its appeal to US$173.5 million as part of the UN flash appeal of US$816 million to support the Government of Pakistan’s flood response. And yet just 13 per cent of UNICEF’s appeal for the children and families of Pakistan has been funded. Time is running out to save lives.

"For aid workers such as myself who have been helping children and communities since day one, the situation is utterly heartbreaking. Every day, we see alarmed parents rushing their sick children to mobile health camps for treatment. These children are suffering from severe acute malnutrition, watery diarrhoea, malaria, dengue fever, typhoid, acute respiratory infections, painful skin conditions – the list goes on. Everywhere we go, we see desperation and despair growing as a result of this climate disaster. We need to take collective action before it is too late.” 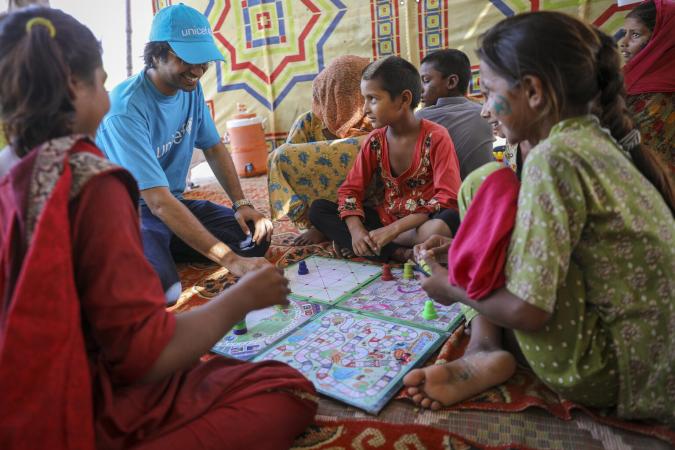