Ahead of G7 leaders summit this weekend, UNICEF Ambassadors and Supporters publish joint letter urging G7 leaders to commit to sharing at least 20 per cent of available COVID-19 vaccine doses.

The open letter, published today ahead of the three-day G7 Leaders’ Summit (Friday 11-Sunday 13 June) in Cornwall, UK, urges G7 leaders to commit to sharing a minimum of 20 per cent of COVID-19 vaccine dose supply urgently, to reduce the risk of the virus spreading further and the threat of mutant strains.

“The world has spent a year and a half battling the COVID-19 pandemic, but the virus is still spreading in many countries and producing new variants with the potential to put us all back where we started,” the letter reads. “This means more school closures, more healthcare disruptions, and greater economic fallout – threatening the futures of families and children everywhere.”

The letter goes on to warn that COVAX, the global initiative supporting poorer countries in gaining access to vaccines, is already facing a shortfall of 190 million doses, and proposes that, in order to help cover this shortfall, G7 countries donate 20 per cent of their vaccines between June and August – over 150 million doses – as a temporary stopgap measure to compensate for this shortfall. Recent data analysis provided by Airfinity, the life sciences research facility, and commissioned by the UK Committee for UNICEF (UNICEF UK), indicates that G7 nations could do so without significant delay to current plans to vaccinate domestic adult populations.

UNICEF is also warning that without urgently ensuring fair and equitable access supply, the world will continue to be at risk of deadly virus mutations – like the devastating second wave of COVID-19 sweeping across India and other South Asian countries including Nepal, Pakistan and Afghanistan.

“The crisis at home in India and across the region of South Asia is devastating. This deadly surge of COVID-19 is placing an enormous strain on health facilities across India, with hospital beds, essential medical supplies and oxygen running out. It’s also of huge concern to all of us at UNICEF to hear about children falling ill with this new variant - while many are also losing parents and left alone and at risk, unable to access critical health care, vaccinations and education,” said Priyanka Chopra Jonas, UNICEF Goodwill Ambassador. “The crisis in India shows why we must act now to avoid further deadly mutations ravaging low- and middle- income nations around the world. UNICEF and its COVAX partners are ensuring vaccines and treatments reaches the world’s most vulnerable populations, but cannot do it alone. A clear solution to this is G7 countries committing to sharing their surplus COVID-19 vaccine doses immediately with the countries whose health workers and vulnerable populations need them the most. That’s exactly why I’ve joined my fellow UNICEF Goodwill Ambassadors in signing this letter, urgently asking G7 leaders to make this commitment at the UK summit this week, to keep families and children everywhere safe from COVID-19.”

Finally, the letter argues that “this weekend’s G7 Summit is a vital opportunity for you to agree the actions that will get vaccines where they are most needed, fast…” and urges leaders to set out a roadmap to scale-up donations as supplies increase, noting that forecasts suggest as many as one billion doses may be available for donation by year end.

“Countries need not choose between fighting the disease at home or fighting it abroad. We can, and must, do both simultaneously – and immediately,” said Henrietta Fore, UNICEF Executive Director. “This is a pivotal time in the fight against COVID-19, as leaders meet to set priorities for what form this fight will take in the coming weeks and months. I am pleased so many UNICEF supporters are joining our call for emergency support for COVAX, so we can continue to wage this fight globally. After all, the disease is not respecting boundaries on a map. Our fight to get ahead of the virus, and its variants, should not either.”

The world has spent a year and a half battling the COVID-19 pandemic, but the virus is still spreading in many countries and producing new variants with the potential to put us all back where we started. This means more school closures, more healthcare disruptions and greater economic fallout – threatening the futures of families and children everywhere.

The pandemic will not be over anywhere until it is over everywhere, and that means getting vaccines to every country, as quickly and equitably as possible. This weekend’s G7 Summit is a vital opportunity for you to agree the actions that will get vaccines where they are most needed, fast.

UNICEF is already on the ground delivering vaccines on behalf of COVAX, the international vaccine equity initiative. But right now, COVAX is 190 million doses short of where it needs to be, which leaves vulnerable people dangerously unprotected. Some countries have committed to donating vaccines later this year, but doses are needed now.

UNICEF analysis shows that G7 countries will soon have enough doses to donate 20% of their vaccines between June and August – over 150 million doses – without significant delay to current plans to vaccinate their adult populations. We’re asking you to make these urgent donations by August and to set out a roadmap to scale-up donations as supplies increase.

Forecasts suggest as many as 1 billion doses may be available for donation by year end. The hopes of the world rest on your shoulders. Together, you must rise to this challenge. Let’s build a healthier, brighter and fairer future for every child and for everyone

GIVE 20% OF AVAILABLE VACCINES BY AUGUST. PROTECT US ALL. DONATE DOSES NOW. 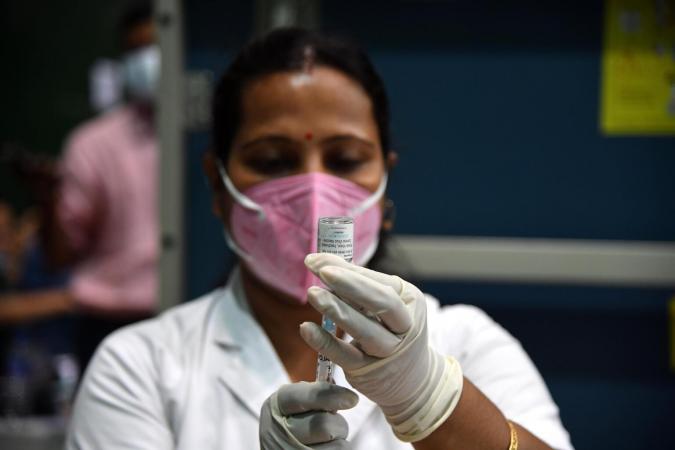 The Airfinity analysis is produced using data forecasts of vaccine supplies allocated to G7 members based on doses set to be readily available. The supply forecasts are based on existing deals between countries and manufacturers of approved vaccine candidates unless specified as included vaccine candidates currently undergoing Phase III trials. The aggregate figure of 153 million doses represents the total of available doses if all G7 members donate 20 per cent of their available supply in June, July and August 2021, minus Novovax (due to anticipated supply limitations affecting Novovax).