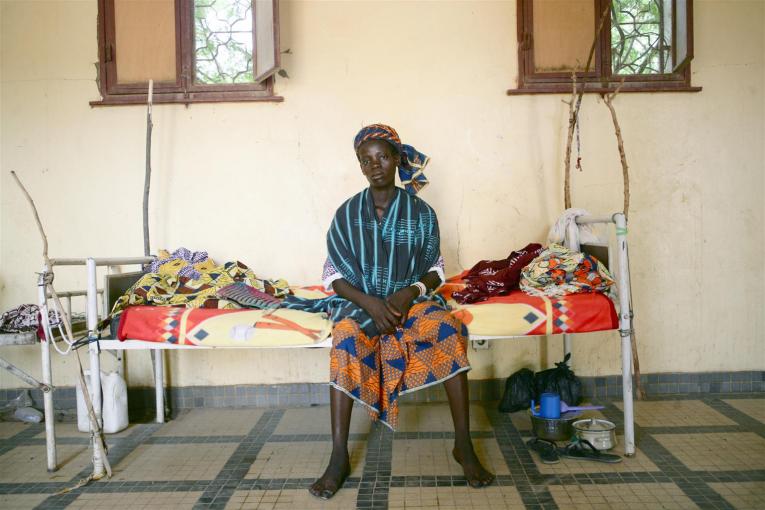 UNICEF/UNI81224/Pirozzi
Awa Sonta sits on a bed at the regional hospital in Djenne District, Mopti Region. She is recovering from delivery complications that resulted in the stillbirth of her baby. She had experienced three days of painful labour before being taken to a rural health centre in the village of Mougna, 15 kilometres from her home, on a cart pulled by two bulls ¬– the only transportation available.

NEW YORK/ GENEVA, 8 October 2020– Almost 2 million babies are stillborn every year – or 1 every 16 seconds – according to the first ever joint stillbirth estimates released by UNICEF, the World Health Organization (WHO), the World Bank Group and the Population Division of the United Nations Department of Economic and Social Affairs.

The vast majority of stillbirths, 84 per cent, occur in low- and lower-middle-income countries, according to the new report, A Neglected Tragedy: The Global Burden of Stillbirths. In 2019, 3 in 4 stillbirths occurred in sub-Saharan Africa or Southern Asia. A stillbirth is defined in the report as a baby born with no signs of life at 28 weeks of pregancy or more.

Over 40 per cent of stillbirths occur during labour—a loss that could be avoided with access to a trained health worker at childbirth and timely emergency obstetric care. Around half of stillbirths in sub-Saharan Africa and Central and Southern Asia occur during labour, compared to 6 per cent in Europe, Northern America, Australia and New Zealand.

Even before the pandemic caused critical disruptions in health services, few women in low- and middle-income countries received timely and high-quality care to prevent stillbirths. Half of the 117 countries analyzed in the report have coverage  that ranges from a low of less than 2 per cent to a high of only 50 per cent for 8 important maternal health interventions such as C-section, malaria prevention, management of hypertension in pregnancy and syphilis detection and treatment. Coverage for assisted vaginal delivery - a critical intervention for preventing stillbirths during labour – is estimated to reach less than half of pregnant women who need it.

"Welcoming a baby into the world should be a time of great joy, but every day thousands of parents experience unbearable sadness because their babies are still born,” said Dr. Tedros Adhanom Ghebreyesus, WHO Director-General. “The tragedy of stillbirth shows how vital it is to reinforce and maintain essential health services, and how critical it is to increase investment in nurses and midwives.”

In both low- and high-income settings, stillbirth rates are higher in rural areas than in urban areas. Socioeconomic status is also linked to greater incidence of stillbirth. For example, in Nepal, women of minority castes had stillbirth rates between 40 to 60 per cent higher than women from upper-class castes.

Ethnic minorities in high-income countries, in particular, may lack access to enough quality health care. The report cites that Inuit populations in Canada, for example, have been observed to have stillbirth rates nearly three times higher than the rest of Canada, and African American women in the United States of America have nearly twice the risk of stillbirth compared to white women.

“COVID-19 has triggered a devastating secondary health crisis for women, children and adolescents due to disruptions in life-saving health services,” said Muhammad Ali Pate, Global Director for Health, Nutrition and Population at the World Bank and Director of the Global Financing Facility for Women, Children and Adolescents. “Pregnant women need continued access to quality care, throughout their pregnancy and during childbirth. We are supporting countries in strengthening their health systems to prevent stillbirths and ensure that every pregnant woman can access quality health care services.” 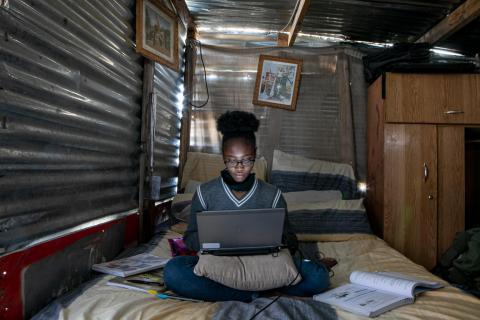 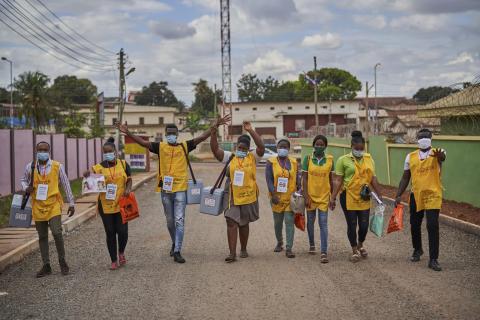 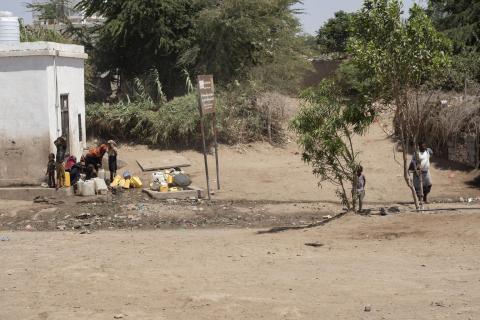