AMMAN, 8 May 2022 – “Millions of children continue to live in fear, need and uncertainty inside Syria and in neighbouring countries.

“More than 6.5 million children in Syria are in need of assistance, the highest number recorded since the beginning of the crisis, more than 11 years ago.

“In Syria’s neighbouring countries, strained by political instability and fragility, nearly 5.8 million children depend on assistance, their lives riddled with poverty and hardship.

“Children’s needs, both inside Syria and in neighbouring countries, are growing. Many families struggle to make ends meet. Prices of basic supplies including food are skyrocketing, partially as a result of the crisis in Ukraine.

“Funding for humanitarian operations is meanwhile fast dwindling. Ahead of the sixth Brussels Conference on Syria and the region on 10 May, UNICEF has received less than half of its funding requirements for this year. Of our requirements to reach children and families impacted by the crisis in Syria, we urgently need nearly US$20 million for cross-border operations, the only lifeline for nearly 1 million children in the northwest of Syria.

“UNICEF renews its appeal to all parties to the conflict and those with influence over them to reach a political solution to the crisis for the sake of Syria’s children and their future. In the absence of such a solution, humanitarian response inside Syria and the neighbouring countries must continue to be supported.

“Every day counts. Syria’s children have suffered for far too long and should not suffer any longer.” 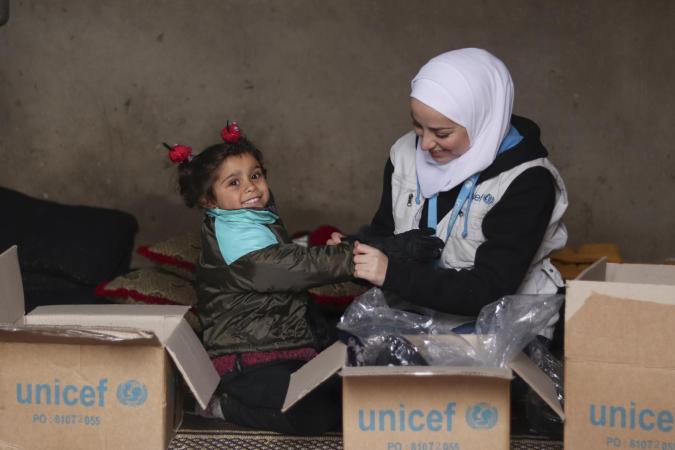