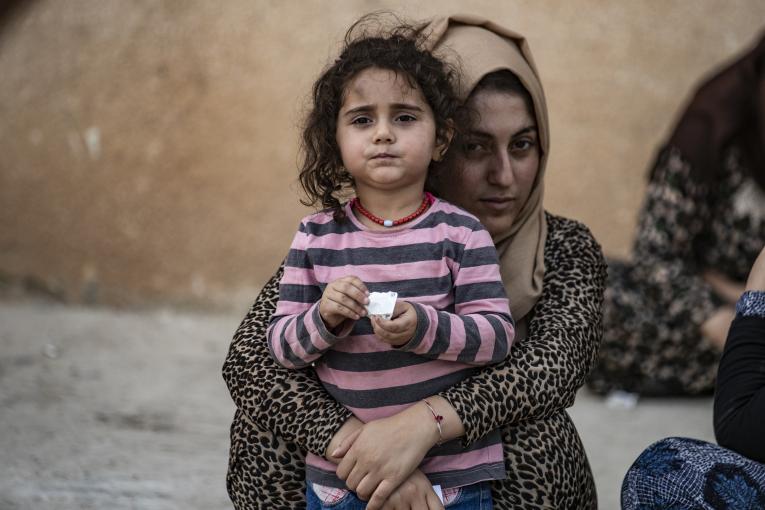 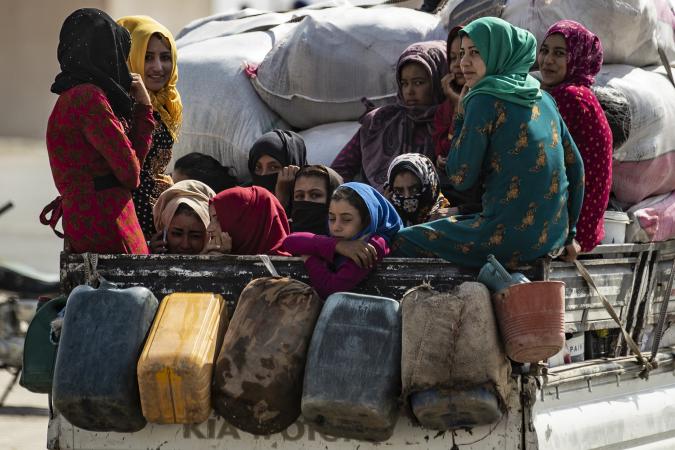 On 11 October 2019 in the Syrian Arab Republic, women and children are transported on the back of a truck as families displaced from Ras Al-ain arrive in Tal Tamer, 75km southeast Ras of Al-ain, having fled escalating violence.