Geneva Palais briefing note on the situation of children in Tigray, Ethiopia, and Cabo Delgado, Mozambique

This is a summary of what was said by UNICEF spokesperson, James Elder, to whom quoted text may be attributed – at today's press briefing at the Palais des Nations in Geneva. 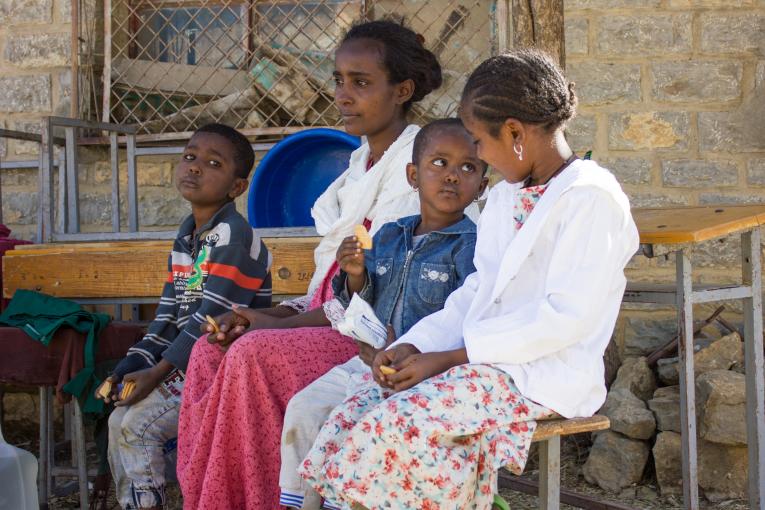 UNICEF/UN0409569/Leul Kinfu
Tsega-brhan Mebrahtu, 27, and her children Milen, 3, Abel, 6 and Arsema, 10, were displaced from Tigray's western zone. Currently they are IDP (Internally displaced people) in the town of Mekelle.

GENEVA, 11 June 2021 - "As you will have seen and heard UNICEF, WFP and FAO are extremely concerned about the situation in Tigray region where the risk of famine is imminent, unless food, livelihood assistance and other life-saving interventions continue to be scaled-up, unimpeded access is guaranteed, and hostilities cease.

"UNICEF’s head of nutrition is currently in Tigray and upon leaving, will give a specialized briefing to this Palais on Tuesday

"And as you may have heard from UNICEF’s Executive Director: We are seeing “more young children and babies slide dangerously close to sickness and potential death from malnutrition. UNICEF is working with our partners to provide nutrition, health care and clean water support. However, without humanitarian access to scale up our response, an estimated 33,000 severely malnourished children in currently inaccessible areas in Tigray are at high risk of death. The world cannot permit that to happen.”

"While this figure of 353,000 does not meet the threshold needed to trigger a formal famine declaration (20 per cent of surveyed population), let’s not play with terminology when people are dying.

"June is a critical month, as it is when the cereal planting season ends for the year. When I was in Tigray in May …I saw the devastation to crops and cattle. And we rang alarm bells to enable people to plant now so they can have food later in the year. That hasn’t happened. There are many issues, but safe access remains foremost.
And we now have the largest number of people classified as being in Catastrophic Food Insecurity conditions in a decade (since the 2010-11 Somalia famine.) And that risks the unnecessary deaths of tens of thousands of children.

"Lastly, when we think of famine, we often think of a lack of food. But increasingly the crisis is one not only of food insecurity but also of clean water, sanitation and health care – especially disease prevention and treatment. Water and sanitation are just as important as food for children and families facing famine and food insecurity.

"Let me turn to Mozambique and Cabo Delgado.

"After the brutal attack took place in Palma in March, there are some 2,000 registered children who have no idea of where their parents are – or if they are even alive.

"What is happening in Cabo Delgado is a children’s crisis–an emergency on top of an emergency – a deadly cocktail from the impacts of climate change, conflict and COVID-19.

"Women and children, in particular, are in desperate need of support from the international community – from safe water to basic sanitation, nutrition, education, and care for both physical and mental wounds. And they need protection.

"Many children have experienced deep trauma. If not addressed, it could become the ingredient for a long, protracted crisis that could quickly spill into other areas.

"People in Ibo and Cabo Delgado have barely recovered from the destruction Cyclone Kenneth left in its path in 2019, snatching lives and destroying schools, houses and healthcare.

"We are hearing stores of alleged killings and maiming - often in barbaric ways intended to sow terror.

"Girls and women have accounted horrific stories of rape and being subjected to sexual and gender-based violence.

"There are multiple, unverified reports of boys forcibly recruited into the fighting, and girls abducted to serve as so-called “wives” to militants.

"Over a third of health facilities in Cabo Delgado have been damaged or destroyed. In areas worst affected by the fighting, there are no functioning facilities at all.

"Over 220 schools and multiple water systems have come under attack. If verified that could possibly constitute grave violations against children.

"Targeted assaults by armed groups have displaced a third of the population in Cabo Delgado.

"What is so frightening is that we do not have the full picture of what is happening to children because of security and access constraints.

"We remind all sides in this conflict of their obligation to enable humanitarian access and protect civilians, especially women and children, which is a fundamental obligation under international humanitarian law.

"UNICEF is working with the government and partners to respond. But needs are enormous.

"At least 33,000 children are suffering from life-threatening forms of malnutrition that require specialized care; and with malnutrition projected to increase between now and the end of the year in Palma, Macomia and Quissanga this number will rise.

"Over 300,000 school-age children are displaced and rely on emergency schooling. As in the rest of the country, schools were closed for a whole year in Cabo Delgado because of COVID-19. 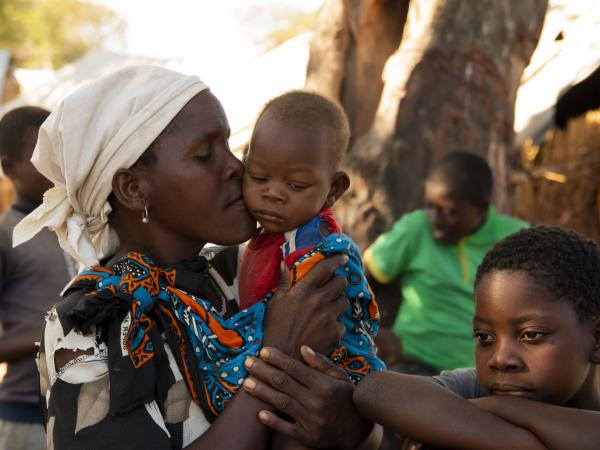