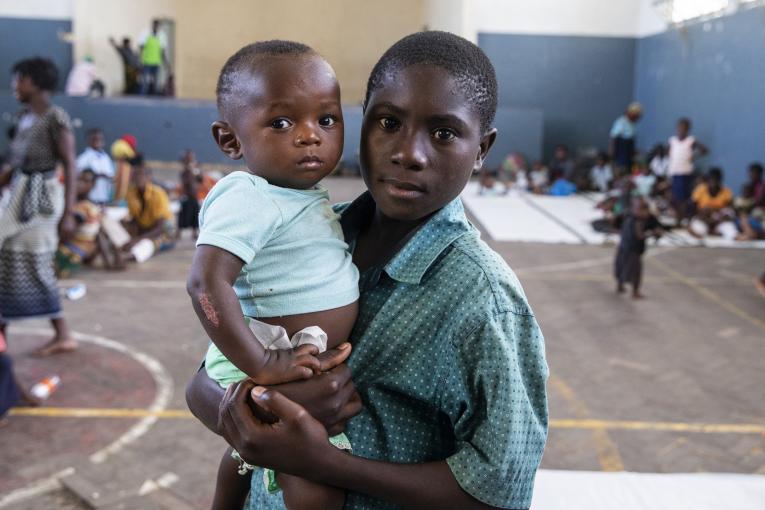 UNICEF/UN0291173/de Wet AFP-Services
On 21 March 2019 in Mozambique, Helcio Filipe Antonio holds a boy named Anderson Tackdi the Samora Michel High School in Beira. The Samora Michelle High School is one of the places used as a living space for people from Buzi, Mozambique that has been displaced by the floods caused by Cyclone Idai.

BEIRA, Mozambique, 2 April 2019 – Nearly 900,000 doses of the cholera vaccine, procured by UNICEF and the World Health Organization (WHO), arrived in Beira, Mozambique, on Tuesday afternoon and the vaccination campaign will begin imminently. The vaccines are funded by Gavi, The Vaccine Alliance.

Mozambique's Ministry of Health has confirmed 1,052 cases of cholera in the aftermath of Cyclone Idai. The vast majority of these (959 cases) are in Beira where one death has also been confirmed, followed by Nhamatanda (87 cases). The disease is spreading rapidly.

“The procurement of vaccines is one of several approaches UNICEF and its partners are taking to curb the spread of cholera, along with re-establishing water treatment systems and distributing water purification products. Humanitarian teams are acting quickly to raise awareness in communities about symptoms and prevention methods, including hygiene practices and the important need for the vaccinations, particularly in the current conditions which include stagnant water and overcrowding in temporary shelters,” said Michel Le Pechoux, the Deputy Representative of UNICEF Mozambique.

Five hundred beds in seven cholera treatment centres across the affected area have been set up by UNICEF, WHO, the Provincial Directorate of Health and other partners.

Cholera is an acute diarrheal disease that can kill within hours if left untreated. It is largely caused by the ingestion of contaminated food and water. The burden of cholera is disproportionately carried by children and vulnerable groups. UNICEF is ramping up its response to affected children and families in Beira, where thousands of people are affected by Cylcone Idai, the worst natural disaster to hit southern Africa in at least two decades. 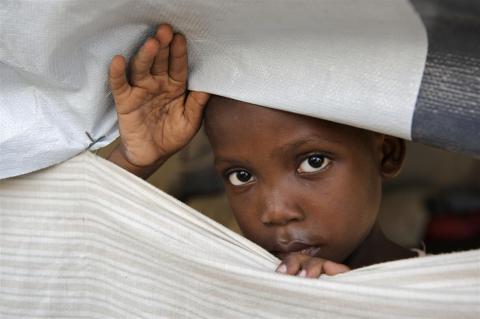