Batonga Foundation, TOMS and UNICEF partner to give girls in Benin new shoes 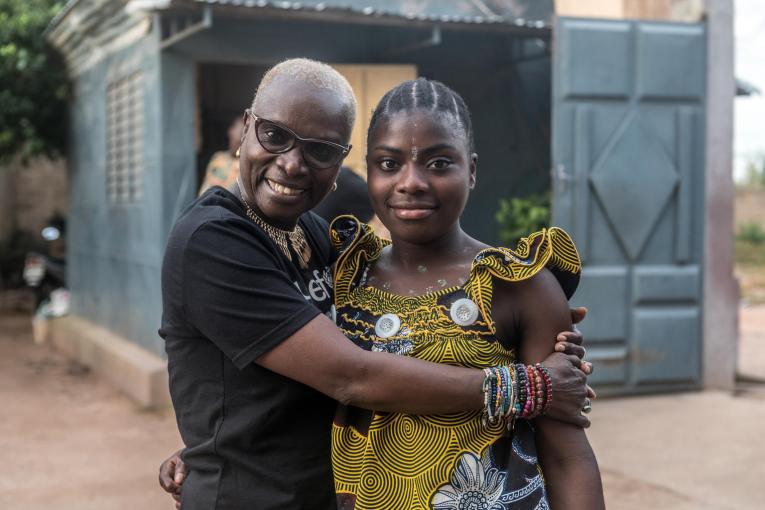 PARAKOU, Benin/NEW YORK, 10 October – More than 67,000 girls between the ages of 6 and 17 years old from across Benin have this week received new shoes as part of a partnership with Batonga Foundation, TOMS and UNICEF.

Founder of Batonga Foundation and UNICEF Goodwill Ambassador Angélique Kidjo has concluded a visit to her native Benin where she met some of the girls who received the shoes. During her visit, Angelique spoke with girls at the Parakou Mathieu Bouké school and delivered an empowering speech on the right to education to more than 300 students.

"Shoes are part of the pride felt by those who walk wearing them,” said UNICEF Goodwill Ambassador Angélique Kidjo. “Yet too many girls are missing out their education because they cannot afford the clothes and shoes required to go to school. We’ve seen a lot of progress in recent years, but a lot remains to be done to get every child in school and learning."

Girls in Benin are most at risk of dropping out of school when making the transition from primary education to secondary education, with nearly 2 in 3 girls missing out on secondary school. Poverty is a key determining factor for girls’ education, with 43 per cent of girls from the poorest households never stepping foot inside a classroom.

The partnership between the three organizations targets school-age children in the Alibori, Borgou and Zou regions of Benin, where girls are particularly vulnerable to missing out on their education.

"This donation is an important gesture to help keep girls in school, as it helps to reduce the costs that families incur in schooling," said UNICEF Representative in Benin Dr. Claudes Kamenga. “Having a pair of shoes for a teenager can be a source of motivation to finish the school year with the hope of improving school learning."

Angélique also visited a residential care centre that provides support and protection to young girls aged between 6 and 17 years old affected by violence. The girls receive counselling, a sense of safety and the opportunity to take part in workshops to help them overcome the trauma they have faced.

"I have heard things today that children shouldn’t ever hear, let alone experience. We must do more to protect children from violence. We are failing them otherwise,” said Angélique. “Girls are suffering at the hands of men and predators. We have to commit to eradicating this.”

During the last days of her visit, Angélique was presented with a manifesto of 30 advocacy priorities created by children from groups including ANACEB, CLOSE, CCNE and Enfants Reporters. "Take action to turn the dreams of the children of Benin into reality," said Cheficath OLOUCHESSI, the child mayor of Agblangandan.

The Government of Benin and UNICEF are working together to address the root causes keeping girls from school, as well as provide protection and support services to keep children safe from harm. 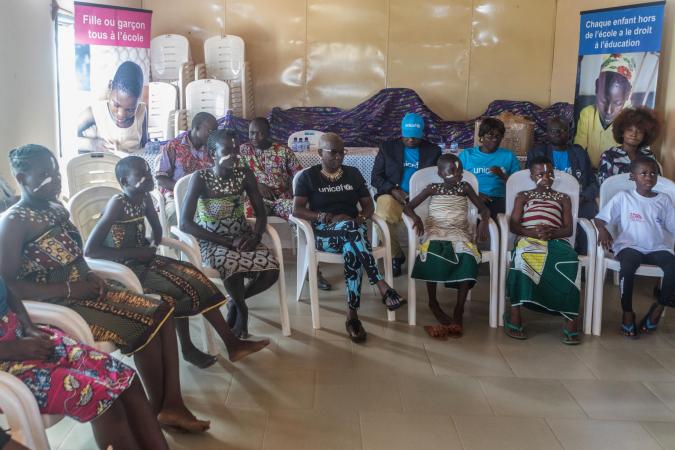 UNICEF Goodwill Ambassador Angélique Kidjo sits with a group of students and teachers from Lycée Mathieu Bouké, Parakou, Benin, during the trip to her home country.

We believe in a better tomorrow. And we have from the start. TOMS pioneered the One for One® model in 2006. Since then, our community has provided shoes, sight, and safe water to more than 94 million people around the world.

Today, our model is evolving. In addition to providing for basic human needs, we’re taking a stand on pressing human issues. And when people wear TOMS, they’re taking a stand too—for the issues of today, and for a better tomorrow. 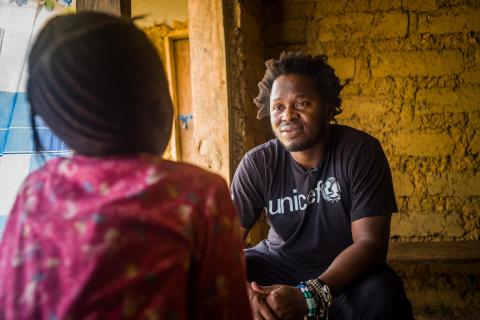