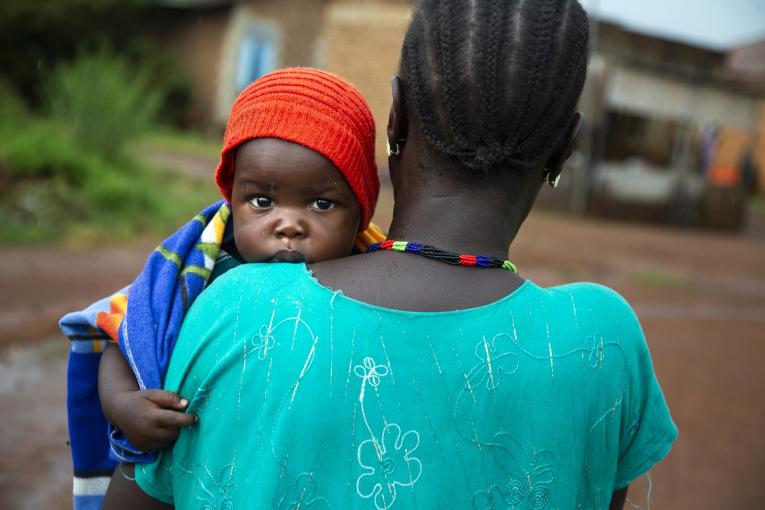 UNI221734/Farran/2019
Veronica carries her youngest child, Mubarak (9 months), at the hospital in Wau, South Sudan. Veronica is HIV positive but none of her seven children are positive because she followed the PMTCT programme since the moment she was aware of her condition.

NEW YORK/JOHANNESBURG, 25 November 2020 – Approximately every minute and 40 seconds, a child or young person under the age of 20 was newly infected with HIV last year, bringing the total number of children living with HIV to 2.8 million, UNICEF said in a report released today.

The report, Reimagining a resilient HIV response for children, adolescents and pregnant women living with HIV, warns that children are being left behind in the fight against HIV.

Prevention efforts and treatment for children remain some of the lowest amongst key affected populations. In 2019, a little more than half of children worldwide had access to life-saving treatment, significantly lagging behind coverage for both mothers (85 per cent) and all adults living with HIV (62 per cent). Nearly 110,000 children died of AIDS that year.

Despite some progress in the decades-long fight against HIV and AIDS, deep regional disparities persist among all populations, especially for children, the report says. Paediatric coverage of antiretroviral treatment is highest in the Middle East and North Africa, at 81 per cent, followed by South Asia (76 per cent), Eastern and Southern Africa (58 per cent), East Asia and the Pacific (50 per cent), Latin America and the Caribbean (46 per cent) and West and Central Africa (32 per cent).

“Even as the world struggles in the midst of an ongoing global pandemic, hundreds of thousands of children continue to suffer the ravages of the HIV epidemic,” said UNICEF Executive Director Henrietta Fore. “There is still no HIV vaccine. Children are still getting infected at alarming rates, and they are still dying from AIDS. This was even before COVID-19 interrupted vital HIV treatment and prevention services putting countless more lives at risk.”

The COVID-19 crisis has further exacerbated inequities in access to life-saving HIV services for children, adolescents and pregnant mothers everywhere.

In a recent UNICEF survey of 29 HIV priority countries, one third responded that service coverage for children, adolescents and women living with and vulnerable to HIV is lower by 10 per cent or more compared with pre-pandemic numbers.

In the months of April and May, coinciding with partial and full lockdowns, paediatric HIV treatment and viral load testing in children in some countries declined between 50 to 70 per cent, and new treatment initiation fell by 25 to 50 per cent.

Similarly, health facility deliveries and maternal treatment were also reported to have reduced by 20 to 60 per cent, maternal HIV testing and ART initiation declined by 25 to 50 per cent, and infant testing services declined by approximately 10 per cent.

Though the easing of control measures and the strategic targeting of children and pregnant mothers have successfully led to a rebound of services in recent months, challenges remain, and the world is still far from achieving the global 2020 paediatric HIV targets.

Additional 2019 data included in the report:

The report calls on all governments to protect, sustain and accelerate progress in fighting childhood HIV by maintaining essential health services and strengthening health systems. 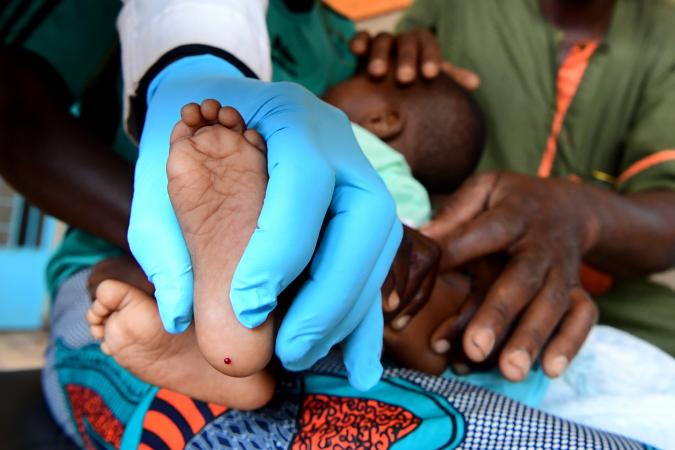