1 in 3 people globally do not have access to safe drinking water – UNICEF, WHO

New report on inequalities in access to water, sanitation and hygiene also reveals more than half of the world does not have access to safe sanitation services. 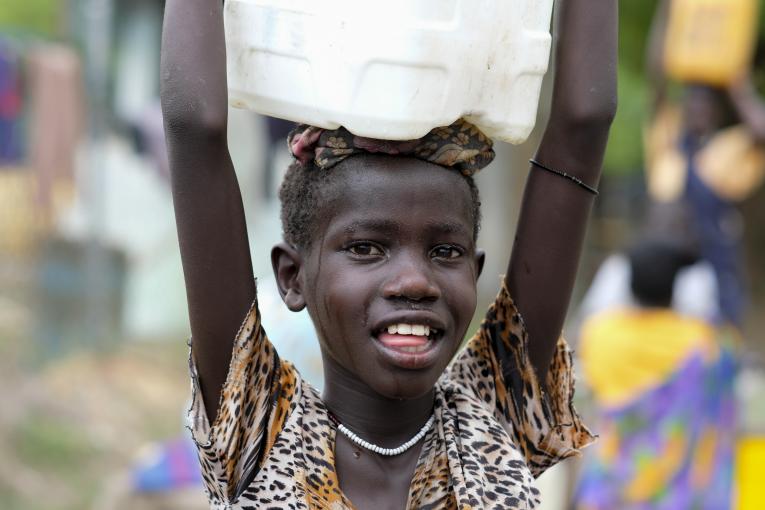 NEW YORK/GENEVA, 18 JUNE 2019 – Billions of people around the world are continuing to suffer from poor access to water, sanitation and hygiene, according to a new report by UNICEF and the World Health Organization. Some 2.2 billion people around the world do not have safely managed* drinking water services, 4.2 billion people do not have safely managed sanitation services, and 3 billion lack basic** handwashing facilities.

“Mere access is not enough. If the water isn’t clean, isn’t safe to drink or is far away, and if toilet access is unsafe or limited, then we’re not delivering for the world’s children,” said Kelly Ann Naylor, Associate Director of Water, Sanitation and Hygiene, UNICEF. “Children and their families in poor and rural communities are most at risk of being left behind. Governments must invest in their communities if we are going to bridge these economic and geographic divides and deliver this essential human right.”

The report reveals that 1.8 billion people have gained access to basic drinking water services since 2000, but there are vast inequalities in the accessibility, availability and quality of these services. It is estimated that 1 in 10 people (785 million) still lack basic services, including the 144 million who drink untreated surface water. The data shows that 8 in 10 people living in rural areas lacked access to these services and in one in four countries with estimates for different wealth groups, coverage of basic services among the richest was at least twice as high as among the poorest.

“Countries must double their efforts on sanitation or we will not reach universal access by 2030,” said Dr Maria Neira, WHO Director, Department of Public Health, Environmental and Social Determinants of Health. “If countries fail to step up efforts on sanitation, safe water and hygiene, we will continue to live with diseases that should have been long ago consigned to the history books: diseases like diarrhoea, cholera, typhoid, hepatitis A and neglected tropical diseases including trachoma, intestinal worms and schistosomiasis. Investing in water, sanitation and hygiene is cost-effective and good for society in so many ways. It is an essential foundation for good health.”

The report also says that 2.1 billion people have gained access to basic sanitation services since 2000 but in many parts of the world the wastes produced are not safely managed. It also reveals that 2 billion people still lack basic sanitation, among whom 7 out of 10 live in rural areas and one third live in the Least Developed Countries.

Finally, the report highlights new data showing 3 billion people lack basic handwashing facilities with soap and water at home in 2017. It also shows that nearly three quarters of the population of the Least Developed Countries did not have basic handwashing facilities. Every year, 297 000 children under 5 years die due to diarrhea linked to inadequate WASH. Poor sanitation and contaminated water are also linked to transmission of diseases such as cholera, dysentery, hepatitis A, and typhoid.

“Closing inequality gaps in the accessibility, quality and availability of water, sanitation and hygiene should be at the heart of government funding and planning strategies. To relent on investment plans for universal coverage is to undermine decades worth of progress at the expense of coming generations,” said Kelly Ann Naylor.

*Safely managed drinking water and sanitation services: Drinking water from sources located on premises, free from contamination and available when needed, and using hygienic toilets from which wastes are treated and disposed of safely.

**Basic services: Having a protected drinking water source that takes less than thirty minutes to collect water from, using an improved toilet or latrine that does not have to be shared with other households, and having handwashing facilities with soap and water in the home.

The WHO/UNICEF Joint Monitoring Programme (JMP) for Water Supply, Sanitation and Hygiene is the official United Nations mechanism tasked with monitoring country, regional and global progress, and especially toward the Sustainable Development Goal (SDG) targets relating to universal and equitable access to safe drinking water, sanitation and hygiene. The JMP is an authoritative source of internationally comparable estimates which reference to make policy decisions and resource allocations, especially at the international level.