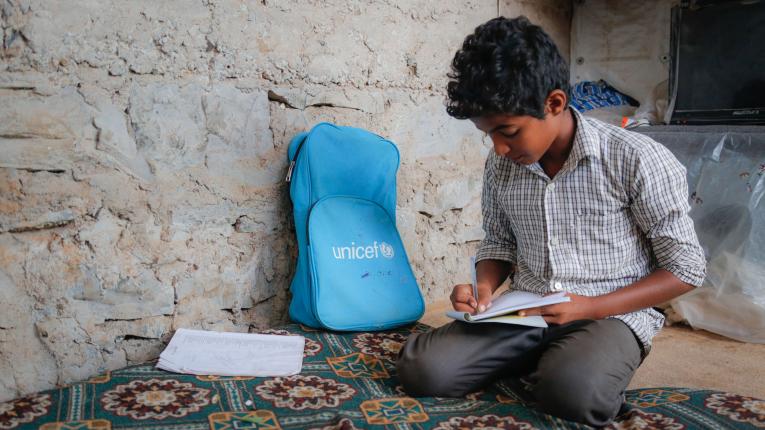 UNICEF/UN0188088/Fuad
12-year-old Azmi has been displaced from his home due to conflict in Yemen. Azmi wants to go back home so he can go back to his school and see his friends again. March 2018.

NEW YORK, 19 September 2018 – 1 in 3 children and young people between 5 and 17 years old living in countries affected by conflict or disaster – 104 million – are not in school, a figure that accounts for more than a third of the global out-of-school population, according to a new UNICEF report. In total, 303 million 5-17 year-olds are out of school worldwide.

The report notes 1 in 5 young people aged 15 to 17 years old living in countries affected by conflict or disaster have never entered any school, and 2 in 5 have never completed primary school.

A future stolen: young and out-of-school looks at the education situation of children and young people from pre-primary to upper secondary age across all countries, including those affected by humanitarian emergencies.

“When a country is hit by conflict or disaster, its children and young people are victimized twice,” said Henrietta Fore, UNICEF Executive Director. “In the near term, their schools are damaged, destroyed, occupied by military forces or even deliberately attacked, and they join the millions of young people out of school, and as the years progress they seldom return. In the long term they – and the countries they live in – will continue to face perpetuating cycles of poverty.”

With less than 4 per cent of global humanitarian appeals dedicated to education, the report calls for more investment in quality education where children and young people can learn in a safe environment, from pre-primary to upper-secondary, in countries affected by complex humanitarian emergencies and protracted crises.

The report – launched ahead of the 73rd session of the United Nations General Assembly – looks at the global situation of out-of-school children and young people, highlighting that across the world:

By current trends, the number of 10 to 19 year-olds will rise to more than 1.3 billion by 2030, an increase of 8 per cent, the report says. Providing this future workforce with quality education and better employment prospects will yield greater economic and social dividends.

“This is a critical moment in history. If we act wisely and urgently, we can empower and skill young people to be prepared to create peaceful and prosperous societies,” said Fore. “The alternative is too bleak. We cannot afford to fail.”

UNICEF used data from UNESCO Institute of Statistics and household surveys to conduct the analyses detailed in the report. 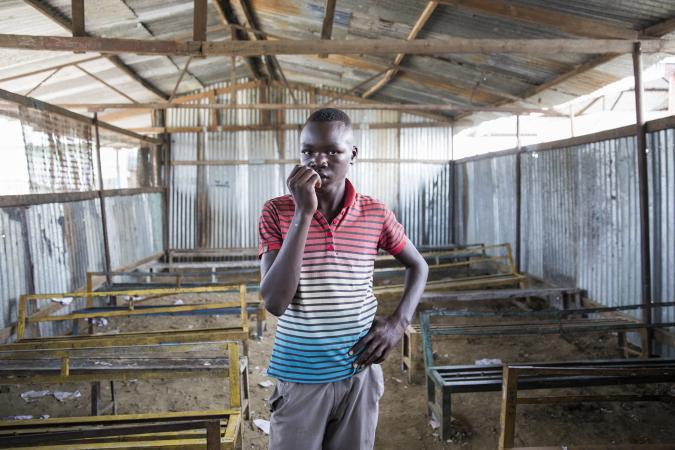