The Kapuas River in Pontianak, Indonesia

In the riverside city of Pontianak in Kalimantan, Indonesia, a neighbourhood is located on the edges of the Kapuas River. Stilted, wooden houses have sat there for decades with residents who have lived there just as long. Because of the neighbourhood’s location right on the riverbank, the inhabitants do not see the need to use toilets, nor have access to this kind of infrastructure. Their “washrooms” are 1m x 1m rooms with a hole in the centre. The wastewater generated in this neighbourhood is directly dumped into the river.

“Since the settlement is located on the riverbank, the water comes and goes. When the tide comes in, it washes away everything that is dumped. When the tide recedes, it shows the reality of their environment. It is not healthy: there is sludge and solid waste around their homes,” explains Wika Maulany Fatimah. Wika is one of the changemakers in last year’s WASH Young Changemakers Programme (WYCP), which was created to identify, support, and celebrate young innovators in the WASH sector. “Even worse, their main water source for non-consumption, the water used for laundry, washing, and bathing, is the Kapuas River, the very same water source they are defecating in.”

Illustration of living conditions around the houses

Illustration of living conditions around the houses

Wika has been working with Lota+, an organisation developing solutions to similar WASH issues in India by offering off-grid water sanitation solutions for communities with improper sanitation facilities. They offer an “ABC” solution to issues surrounding toilet adoption, which includes “Architecture Enhancement”, “Behaviour of Adoption”, and “Cleanliness Management.” Architecture enhancement focuses on providing toilets that are both low-cost and made from local materials, something which they have already developed for the community in Pontianak. “We already have the design for the toilet with a conventional cistern,” Wika said in a recent Showcase Presentation for the WYCP.

One of the largest hurdles Wika and Lota+ will face relates to Behaviour of Adoption. Many local people do not recognise that their approach to waste disposal is an issue, nor do they understand the consequences and adverse health effects which can come from dumping waste in the same water used for washing. A big part of the solution will come from immersion into the local community and learning about their attitudes towards water. Lota+ has used behavioural interventions in India to implement water sanitation in similar communities. They plan to raise awareness of the need for comprehensive toilets and water technology with a behavioural change campaign that will show residents the health impacts of their actions and encourage them to use the locally sourced toilets.

Wika’s journey, and beyond

Lota+ has not yet started building toilets in Indonesia, but Wika is uniquely suited to make that happen. Born and raised in Indonesia, she lived in the capital city of Jakarta during high school, spending most of her time at the home of her grandparents. They lived in an area of the city considered a “slum.” While they could see chic new residential high-rises from their front door, their own home was without the basic essentials of consistent water supply and a working toilet. They needed to wake up each morning at 2am to fill up a bucket with water to supply them for the day, then do the same at 9pm every evening.

Thus, from a young age Wika understood the importance of adequate infrastructure and it became her ambition to get a place in the Faculty of Science and Engineering at the Institut Teknologi Bandung (ITB) – one of the most renowned universities in Indonesia. Originally, she wanted to study the economics of the issue, but found it would not meet her goals. “I like to see the direct impact of what my work is contributing to,” she explains. “It gives me a sense of accomplishment and that is what pushes me forward.” So she eventually completed a major in Environmental Infrastructure Engineering or “Sanitation Engineering” with a goal of solving similar issues with sanitation.

Wika took a job as an academic assistant at ITB and worked in this position for 3 years while also getting involved in multiple projects in the WASH Sector.. The first project that she led was a water and sanitation provision project in a post disaster setting in Palu, Central Sulawesi, in late 2018. That project  convinced her that working in the WASH sector would become her way to help improving the world

Wika also does behavioural research and tries to understand why people perform certain practices related to sanitation, and why they do not. This work is reflected in her Master’s thesis and her recent involvement in the Resilient Indonesian Slums Envisioned (RISE) program, a joint research project between ITB and other universities and organisations in Indonesia and The Netherlands. This research gives her an opportunity to get involved in studying water and sanitation conditions in flood prone cities in Indonesia, one of them being Pontianak, and also an opportunity to pursue a PhD in Radboud University, The Netherlands.

She sees her works as liberating – an opportunity to contribute in topics she herself is passionate about, through different means of implementation. “I want to see myself as useful to society. My approach to contribute to the WASH sector in water and sanitation is important to me because I’ve found my own path to make a significant  change. I want to make an impact, and I believe other things will follow.”

One of the biggest challenges Wika and Lota+ will face in bringing their solutions to Indonesia are associated with the pandemic as there is reduced manpower from travel restrictions and difficulty in gaining entry points from local governments, an already challenging issue prior to Covid-19. Funding is another hurdle, as previous Lota+ projects had backing from the National University of Singapore, which gave funds for construction costs and operational expenditures, something which this project does not have at the moment. For a pilot project, they will need seed capital.

UNICEF East Asia and Pacific Regional Office aims to support Wika and her fellow WASH Young Changemakers by making connections in the industry, providing coaching, mentoring, group learning sessions, networking support, and practice pitching to investors to help these future leaders grow both their influence and confidence in this industry. Wika herself is hoping to build connections with two types of people: mentors that can help with the development of Lota+, and the local people of Pontianak, so she is better equipped to connect and appeal to them.

Current water, sanitation and hygiene systems are struggling all across the East Asia and Pacific Region. Wika and this innovative organisation have an opportunity to bring proven approaches to an important problem in Indonesia, affecting residents and creating health problems in adults and children alike.

Peter Silvester was a WASH Consultant at UNICEF EAPRO

The UNICEF Blog promotes children’s rights and well-being, and ideas about ways to improve their lives and the lives of their families. We bring you insights and opinions from the world's leading child rights experts and accounts from UNICEF's staff on the ground. The opinions expressed on the UNICEF Blog are those of the author(s) and may not necessarily reflect UNICEF's official position. 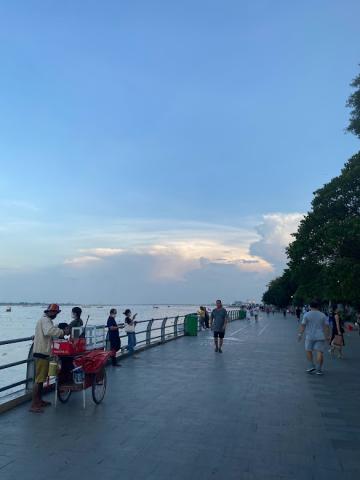 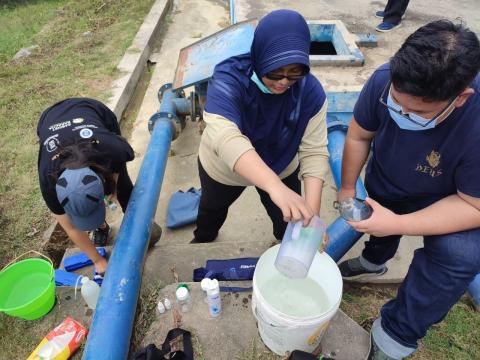 Wika, WASH Young Changemaker shares her experience and efforts on safe water and sanitation in communities across Indonesia 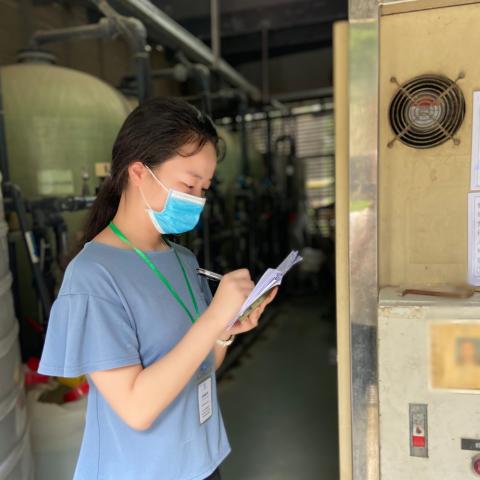 Yuting, at age 6, dreamt of becoming an environmental superh 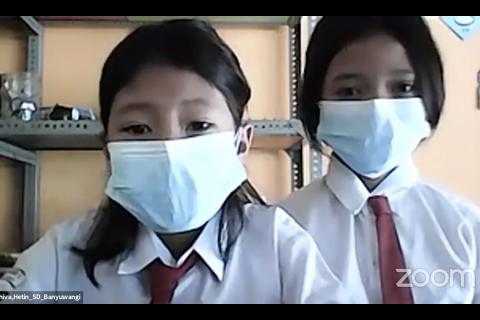 Children and adolescents spoke directly with government stakeholders about the challenges they face and potential solutions.