Conflict in the Kasai, Democratic Republic of the Congo

Conflict in the Kasai region at a glance

What is the Kasai crisis?

Violence initially flared in the Kasai region of the Democratic Republic of the Congo in August 2016, sparked by tensions between customary chiefs in Kasai-Central Province and the government. The violence spread rapidly in early 2017. Existing intercommunity tensions became part of a wider conflict involving militias, armed groups and security forces across a region the size of Germany. Beyond Kasai, the humanitarian situation in the Democratic Republic of the Congo has deteriorated dramatically over the past year.

How many people have been affected?

When violence broke out in 2016, hundreds of thousands of people ran for their lives. Women and children displaced by violence have escaped to isolated locations to find safety – losing access to essential goods and services such as health care, safe water and sanitation, and education. The militias have used children to fight and kill, or to act as human shields. Today, 3.8 million people in the Kasai region need humanitarian assistance, including 2.3 million children.

UNICEF is on the ground helping to deliver life-saving supplies and services. Since January 2017, UNICEF and partners have treated 71,500 children suffering from severe acute malnutrition; and, since August 2017, vaccinated 2 million children for measles; provided access to water, sanitation and hygiene services for more than 326,400 children; and assisted more than 1,700 children released from militias. 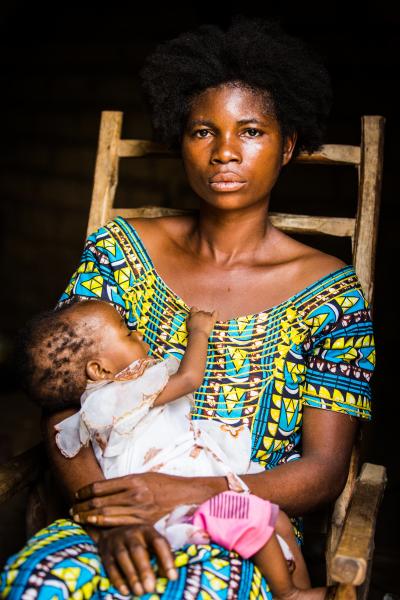 When Lusamba Marie Katambua’s husband was killed last year, she had just given birth to Banyi, their sixth child. “They told us to leave the hospital because it was not safe,” she recalls. But as soon as she got home, gunmen burst into the house and shot her husband dead in front of her and the children.

“They were only killing men,” Lusamba says. “They spared the rest of us.” She packed up the children and fled into the bush with the rest of her neighbours. Lusamba and her children hid for four months, barely surviving on raw manioc roots they dug up, and drinking dirty water.

When horrific violence erupted across the Kasai region of the Democratic Republic of the Congo in 2016, hundreds of thousands of people ran for their lives. They were forced to abandon their homes, villages and, in some cases, older or ailing family members. Many of those who had to flee were children.

The current situation in Kasai is a perfect storm of poverty, deprivation and conflict for the most vulnerable children – particularly those who are now at risk of dying because of malnutrition. What is happening in Kasai is truly a children’s crisis.

Call to action: For the children of Kasai

UNICEF and its partners have achieved some critical results for children in the Kasai region. However, if humanitarian action is not stepped up in 2018:

To protect the lives and futures of children at risk in Kasai – UNICEF calls upon all parties to the conflict, and the international community, to take urgent action on three key priorities: stopping the violence against children, ensuring access to essential services for all children and providing support for sustained humanitarian assistance.

Perhaps the most horrifying aspect of the crisis in Kasai is the use of children by militias. At least 60 per cent of the region’s militia forces are composed of children, according to the interagency Global Education Cluster and Global Protection Cluster.

The militias use children to fight and kill, or to act as human shields. All of them have to endure what is commonly known as a ‘baptism ritual’ in which would-be soldiers – regardless of age – are forced to drink alcoholic potions to acquire supernatural powers that are believed to protect them during combat.

While the security situation has stabilized in parts of the Kasai region and displaced populations have begun to return to their communities, humanitarian conditions remain critical.

More than 770,000 young children are malnourished, including 400,000 children – a staggering 10 per cent of the under-5 population – who urgently need treatment to recover from severe acute malnutrition. 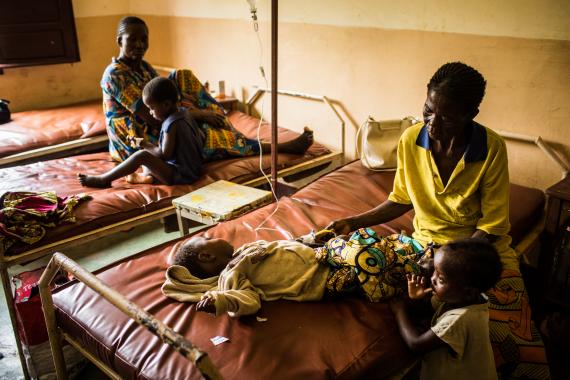 Beyond the threat of malnutrition, the children of the Kasai region face a continuing health crisis. Many young children missed out on scheduled vaccinations because violence and displacement destroyed health centres and disrupted immunization campaigns – making them even more susceptible to deadly childhood diseases.

Even for people who were not displaced during the conflict, health care has become harder to find. According to tallies by UNICEF and local partners, 224 health centres were looted, burnt or destroyed in villages affected by the violence, effectively cutting off all health services to hundreds of thousands of local households.

The disruption of education by the conflict is robbing the children in the Kasai region of a viable future.

Almost half a million children in the region were unable to complete the school year in 2017 and school attendance is likely to be disrupted by violence in 2018 as well. 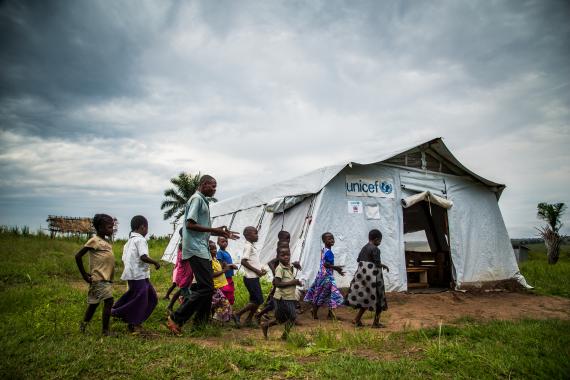 The violence in the Kasai has generated massive displacement. The impact this experience will have on lives and futures is difficult to imagine.

People hiding in the bush are the most vulnerable and difficult to reach with assistance. They have no real shelter and lack drinking water, sanitation, food and health care. Others live with their relatives or host families, who themselves were already struggling to survive before the onset of the crisis.

Voices from the Kasai

Children on the frontline 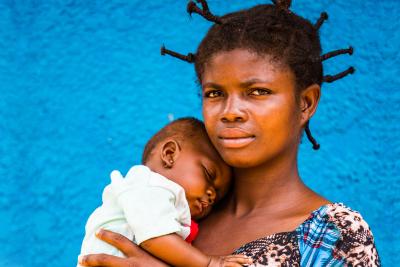 In Kasai, more than one in ten children may die from the consequences of malnutrition
> More

UNICEF is on the ground working with partners to reach children with lifesaving assistance:

Helping children keep learning through organizing remedial classes in primary schools that are operational so that students can prepare for exams. Distributing school materials and uniforms, and supporting regional back-to-school campaigns.

Reaching the hardest to reach with emergency health services, as well as nutrition, water and sanitation supplies, which are desperately needed by people who have been deprived of any assistance for months.

Helping the children used by militias regain a degree of normalcy and return to school despite having endured often nightmarish experiences. Supporting centres that help children make the delicate transition back to their families and communities, as well as helping unaccompanied children reunite with their relatives across Kasai.

Beyond Kasai: The situation in the Democratic Republic of the Congo