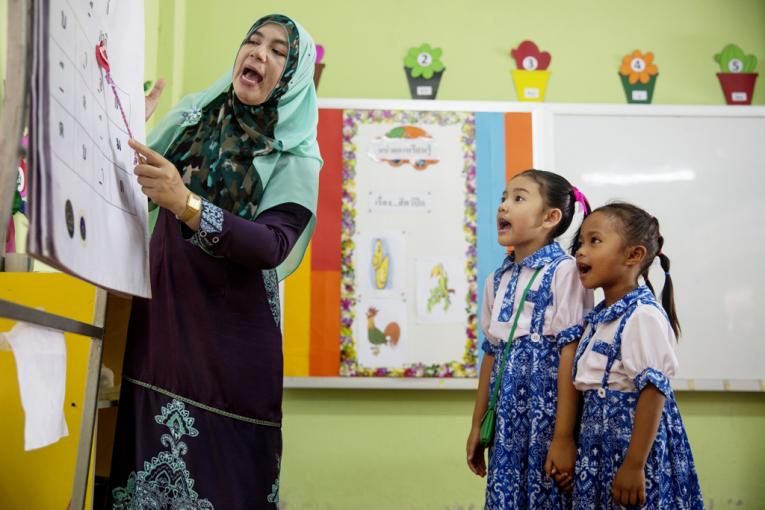 BANGKOK, 10 April 2019 – More than 175 million children of pre-primary age are not enrolled globally, especially in low-income countries, with only 1 in 5 young children are enrolled in pre-primary education, UNICEF warned in a new report released today.

According to A World Ready to Learn: Prioritizing quality early childhood education, early childhood development (ECD) services, which include pre-primary education is the foundation for children’s future learning as well as future earning ability. The report revealed that children enrolled in at least one year of pre-primary education are more likely to develop the critical skills they need to succeed in school, less likely to repeat grades or drop out of school, and therefore more able to contribute to peaceful and prosperous societies and economies when they reach adulthood.

Children in pre-primary education are more than twice as likely to be on track in early literacy and numeracy skills than children missing out on early learning, the report noted. In countries where more children attend pre-primary programmes, significantly more children complete primary school and attain minimum competencies in both reading and math by the time they finish primary school. On the other hands, countries with high numbers of children not in pre-primary education are missing a critical investment opportunity and are at risk of suffering deep inequalities from the start.

“Thailand should be proud of the achievement it has made in the past decade in ensuring that its young children have access to early childhood development and pre-primary education services,” said Thomas Davin, UNICEF Representative for Thailand. “Thailand’s commitment, adequate allocation of resources, as well as special focus on children from poor families has clearly yielded results as seen in the data.”

Yet, some challenges for ECD and pre-primary education services remain to be tackled in Thailand, Davin added. While the country has made a great progress in narrowing the gaps in pre-primary education enrolment among children in different income groups, disparities remain among children who have different mother-tongues, particularly migrant children and children from ethnic minorities.

According to Multiple Indicator Cluster Survey (MICS), conducted by Thailand’s National Statistical Office in 2015-2016, children living in households headed by a non-Thai speaker are less likely to attend ECD services or pre-primary education, and thus are more at risk of having lower development outcomes and being excluded from school in the future.

To help children to get the best start in life, the government must ensure that all groups of children have equitable access to ECD services and pre-primary education. At the same time, ECD professionals must have adequate training on holistic development that involves nutrition, child protection, parenting counselling skills and monitoring of child development and developmental delays, while parents must have knowledge and understanding about effective child care and positive parenting.

“Thailand should continue on the path of its equity focus, along with promoting the quality of services, so that this success benefits not only Thai children but also children from non-Thai speaking families, and to ensure that the impact is sustained throughout all levels of education.” added Davin. 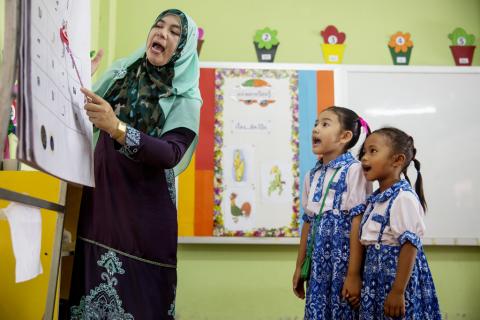