RUTF (ready-to-use therapeutic food) has become a vital tool for UNICEF and other nutrition partners in treating potentially life-threatening cases of malnutrition among young children.

Polo Stanley was just six months old when he was first diagnosed with severe acute malnutrition (SAM). His condition spoke to the neglect he suffered after being given up for adoption by his mother and before he was later taken in by his grandmother, Mina Pok.

It was she who, in November 2021, took Polo to the Morata Clinic in PNG’s National Capital District, one of a number of government health facilities supported by UNICEF. When he was examined by health worker Sister Vivian Mufi, the baby weighed just 5.9 kilograms and had a Mid-Upper Arm Circumference (MUAC) measurement of 12 centimetres, dangerously close to the SAM level. Polo was immediately prescribed two months of treatment for SAM, including daily sachets of ready-to-use-therapeutic food (RUTF), as well as weekly visits to the clinic for weight and MUAC checking.

Over the years, RUTF has become a vital tool for UNICEF and other nutrition partners in treating potentially life-threatening cases of malnutrition among young children. The food is a highly nutritious, peanut-based paste that can be eaten directly from the tube. It needs no cooking or refrigeration and stays fresh after opening.

Over the last four years, UNICEF has procured between 75 and 80 per cent of the world’s RUTF – equivalent to 49,000 metric tons for use in its nutrition programmes worldwide. Between 2017 and 2021, UNICEF procured some 12,500 metric tons for Papua New Guinea.

During the course of his treatment, Polo was given a total of 72 RUTF packets. By the time two months had passed, he weighed 10 kilograms and had a MUAC of 14.5 centimetres, comfortably out of the malnutrition danger-zone.

“Polo recovered very fast as he responded well to the treatment,” she said.

Across Papua New Guinea, thousands of children suffer from potentially lethal levels of malnutrition. The condition remains a significant underlying cause of illness and death among children under five years old.

‘’Papua New Guinea has the highest rates of all types of child malnutrition in the Pacific region and is off-track in terms of reaching the global nutrition targets set by the World Health Assembly,” said Andrew Musyoki, Chief of Nutrition with UNICEF Papua New Guinea.

At such levels, malnutrition has serious implications for the country’s long-term development.

Vitamin A and iodine supplementation

UNICEF’s priority is to help the Government provide improved nutrition and care practices particularly in disadvantaged and marginalised communities. This support includes making available globally standardized therapeutic foods and nutrition supplies like RUTF. The package also includes Vitamin A for all eligible children and iodine supplementation for communities that have limited access to iodized table salt.

The early detection of SAM cases in the community and the provision of treatment for children not suffering from medical complications are other important elements of the approach. Meanwhile, to ensure effective service delivery, UNICEF works with the Government to provide training for health workers. The pre-service curriculum for health worker cadres is currently under review.

“We need to reach more children by taking this life-saving approach to scale,” said Musyoki. “Limited funding is a key constraint unfortunately. 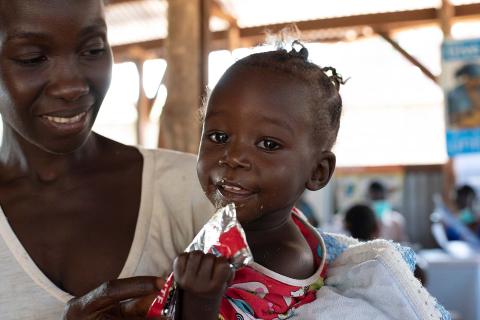 UNICEF has been procuring almost 80 per cent of the world’s RUTF, a life-saving supply that treats severe wasting in children under 5 years old. 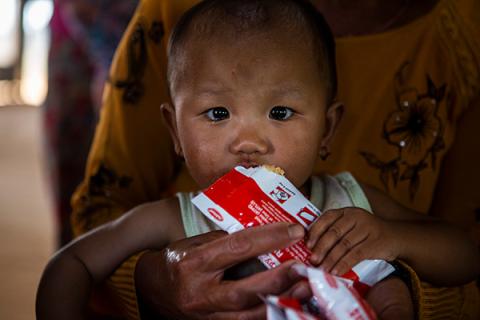 A wonder ‘food’ for the world’s children

RUTF has helped treat millions of children threatened by severe wasting. But what is it? And why is this treatment so amazing? 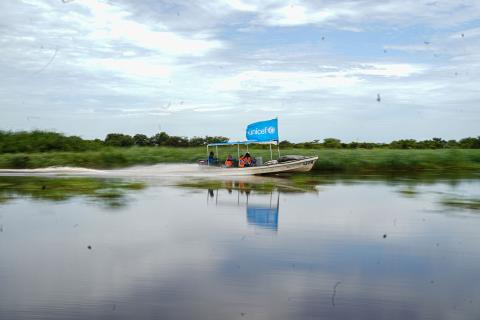 One year of UNICEF supply action and achievements. 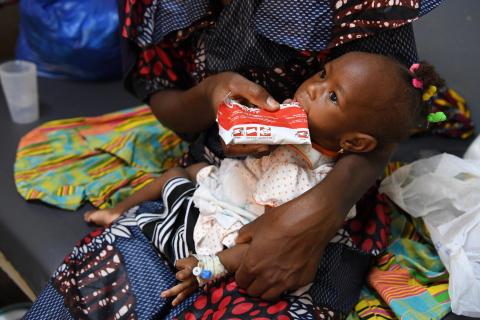