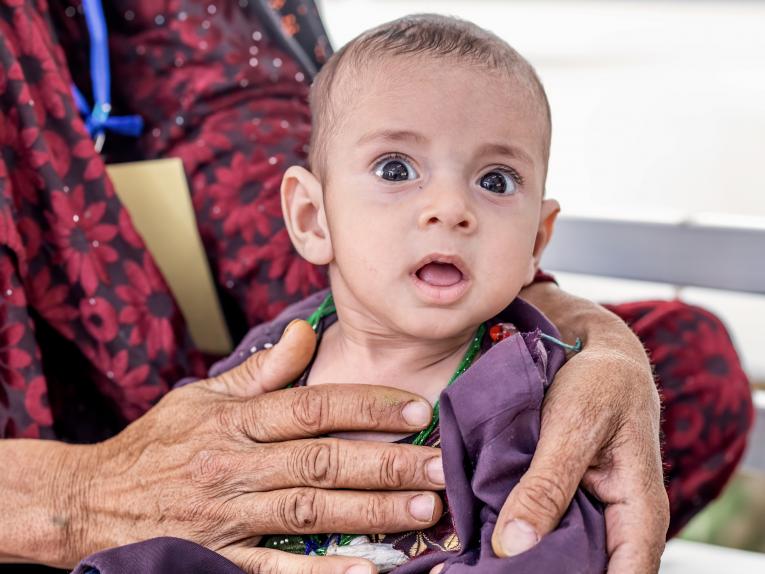 UNICEF/UN0530471/Bidel
15-month-old Javid, who is suffering from severe acute malnutrition with complication, is provided with therapeutic food and medical care at the UNICEF-supported Inpatient Therapeutic Feeding Centre in Herat Regional Hospital.

Kabul, 5 October 2021 –Wrapping up a two-day visit to Herat, UNICEF Representative in Afghanistan, Hervé Ludovic De Lys, and WFP Afghanistan Representative and Country Director, Mary-Ellen McGroarty, sounded the alarm on the dire state of malnutrition and food insecurity sweeping across the country. Without reliable access to water, food and basic health and nutrition services, Afghan children and their families are bearing the brunt of years of conflict and the current economic crisis.

14 million people in Afghanistan are facing acute food insecurity, and an estimated 3.2 million children under the age of five are expected to suffer from acute malnutrition by the end of the year. At least 1 million of these children are at risk of dying due to severe acute malnutrition without immediate treatment.

De Lys and McGroarty spoke with Jahan Bibi, whose 18-month-old daughter is being treated for severe acute malnutrition at the Herat Regional Hospital. She brought her daughter to the hospital as she could no longer breastfeed her baby. “We have no food at home. We are selling everything to buy food, yet I barely eat anything. I am weak and I don’t have any milk for my child.”

According to WFP surveys, 95 per cent of households in Afghanistan are not consuming enough food, adults are eating less and skipping meals so their children can eat more.

“We have huge concerns about the desperate choices families are being forced to take,” said Mary-Ellen McGroarty, WFP Afghanistan’s Representative and Country Director. “Unless we intervene now, malnutrition will only become more severe. The international community must release the funds they pledged weeks ago, or the impact could be irreversible." 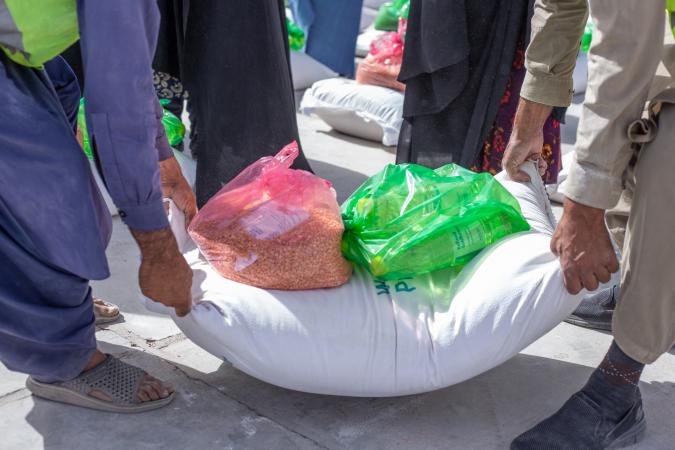 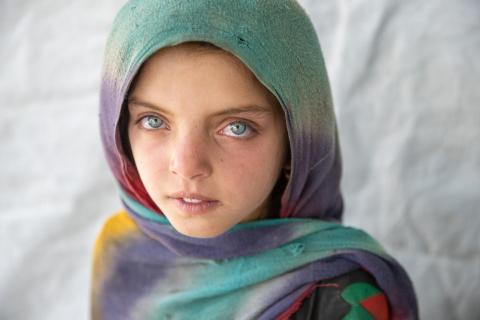 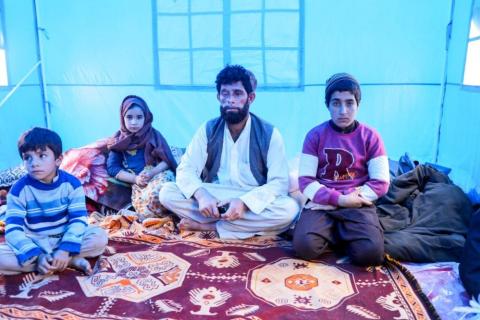 “During the flood, I shouted for someone to rescue me."

Recent flooding in central Afghanistan has left thousands of children and families vulnerable. 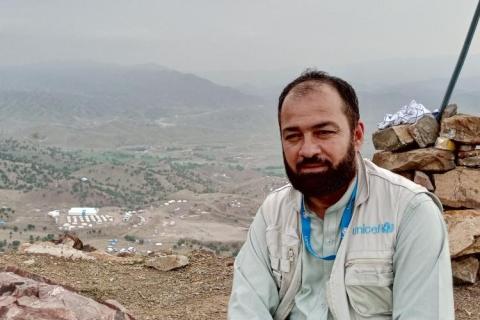 Mohammad Azami speaks about his work as a humanitarian

From bringing clean water to earthquake-affected communities to teaching families about handwashing with soap, it's all in a regular day's work 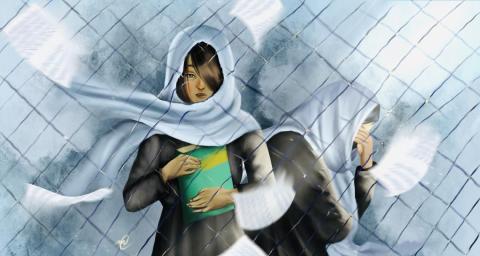 "Our situation is like sad music that plays for a moment"