"Pre-primary schooling is our children’s educational foundation – every stage of education that follows relies on its success," said UNICEF Executive Director Henrietta Fore. "Yet, too many children around the world are denied this opportunity. This increases their risk of repeating grades or dropping out of school altogether and relegates them to the shadows of their more fortunate peers."

A World Ready to Learn: Prioritizing quality early childhood education reveals that children enrolled in at least one year of pre-primary education are more likely to develop the critical skills they need to succeed in school, less likely to repeat grades or drop out of school, and therefore more able to contribute to peaceful and prosperous societies and economies when they reach adulthood.

• Role of poverty: Across 64 countries, the poorest children are seven times less likely than children from the wealthiest families to attend early childhood education programmes. For some countries, the rich-poor divide is even more apparent.

• Impact of conflicts: More than two thirds of pre-primary-age children living in 33 countries affected by conflict or disaster are not enrolled in early childhood education programmes. Yet, these are the children for whom pre-primary education has some of the greatest benefits. Pre-primary education helps young children affected by crises overcome the traumas they have experienced by giving them a structure, a safe place to learn and play, and an outlet to express their emotions.

• Cycle of educational achievement: Across countries with available data, children born to mothers who have completed secondary education and above are nearly five times more likely to attend an early childhood education programme than children whose mothers have completed only primary education or have no formal education.

"If today’s governments want their workforce to be competitive in tomorrow’s economy, they need to start with early education," said Fore. "If we are to give our children the best shot in life to succeed in a globalized economy, leaders must prioritize, and properly resource, preprimary education." 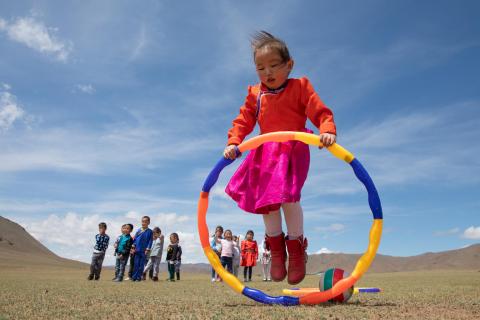 A world ready to learn: Prioritizing quality early childhood
At our current pace, tens of millions of children will still be denied - the early education they need and deserve.
See the full report
Unicef default logo 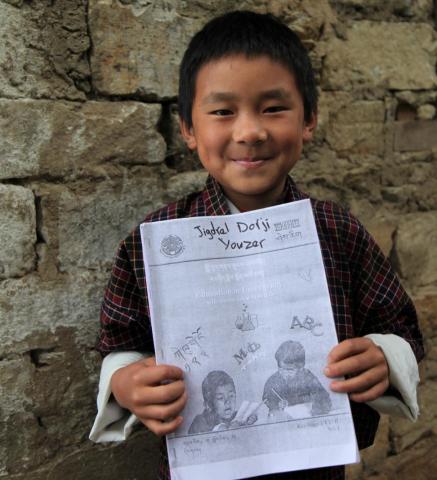 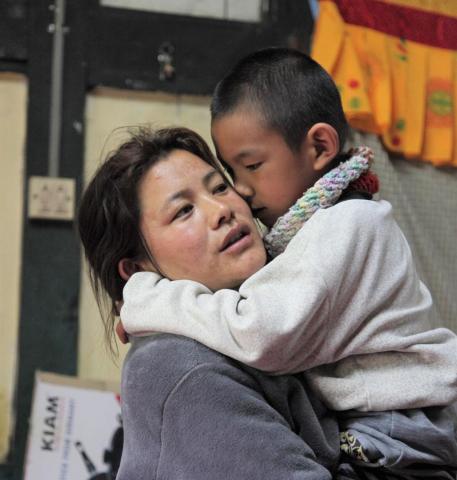 When the schools closed...
A family copes with e-learning for a child with disability during COVID-19
Read the story