A further 56 children – including 32 girls – have been separated from their parents or caregivers because of the attack that occurred on Sunday night – blamed on armed rebels - in the village of Drodro. At least 26 people were killed.

The violence is the latest in a series of attacks against civilians in the area, with a similar attack taking place recently in nearby Djugu territory.

It is feared the number of children injured, abducted or separated may continue to rise until security and access to the area improves. At least one child is in hospital for wounds incurred during the attack.

An estimated 50,000 already displaced people – including 27,000 children – have been forced to flee their camps to the town of Roe because of the recent violence. Concerns are mounting about their lack of access to water, food and shelter.

“Sunday’s attack was just the latest horrific incident for children and their families in Eastern DRC,” said UNICEF Representative in the DRC Edouard Beigbeder. “Our first priority is to make sure the children affected by this appalling incident have immediate access to support and basic services. We then need to provide long-term help to communities affected by such violence.”

It is estimated that more than 3 million children have been displaced in the east of the DRC, with many killed, injured or separated from their families amid the chaos.

Attacks by fighters using machetes and heavy weapons throughout the east have forced whole communities to flee with only the barest of possessions.

Entire families – including children – have been hacked to death, health centres and schools have been ransacked as whole villages set ablaze. A health post inside Drodro camp was recently reported to have been pillaged in the latest of a series of incidents which constitute grave violations against children’s rights.

UNICEF, through its Rapid Response Programme, is working closely with humanitarian partners to distribute thousands of household essentials to displaced families, including tarpaulins and sanitary and hygiene kits.

But there is little likelihood of displaced people being able to return to their homes despite Congolese military operations to eliminate armed groups active throughout the province of Ituri.

UNICEF is urgently appealing for resources to assist newly displaced people, the majority of them children and women, who have been subjected to serious human rights violations including rape, kidnapping and maiming. UNICEF urgently needs to raise more funds to meet a continuing humanitarian tragedy.

A key priority is to reunite children separated from their families and recruited into armed groups. It is also critical to provide better access for displaced people to basic daily necessities including health care, nutrition, psychosocial support, drinking water and education.

A UNICEF report published earlier this year called for an end to the conflict which has caused one of the world’s worst humanitarian crises, driving 1.6 million[1] people from their homes in the first six months of 2020 alone. UN figures show that there are currently 5.2 million displaced people in the DRC, more than in any country except Syria.

Ituri is one of the most violence-afflicted provinces of the DRC, along with North Kivu, South Kivu and Tanganyika. More than 8 million people are acutely food insecure. 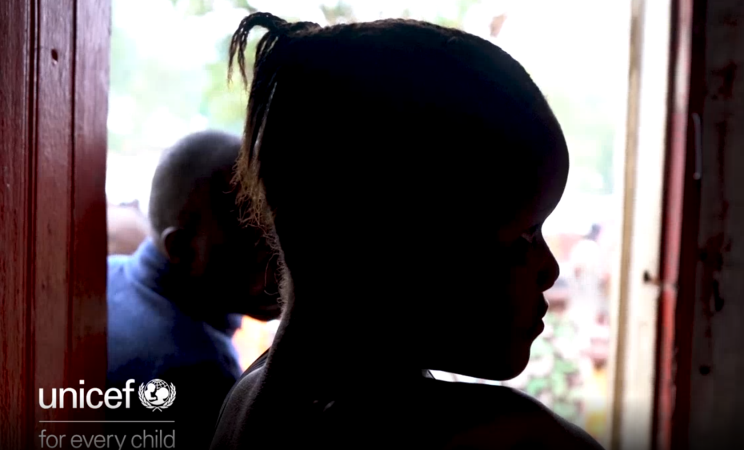 UNICEF’s Fear and Flight report, an Uprooted Generation of Children at Risk in …
Photos available here