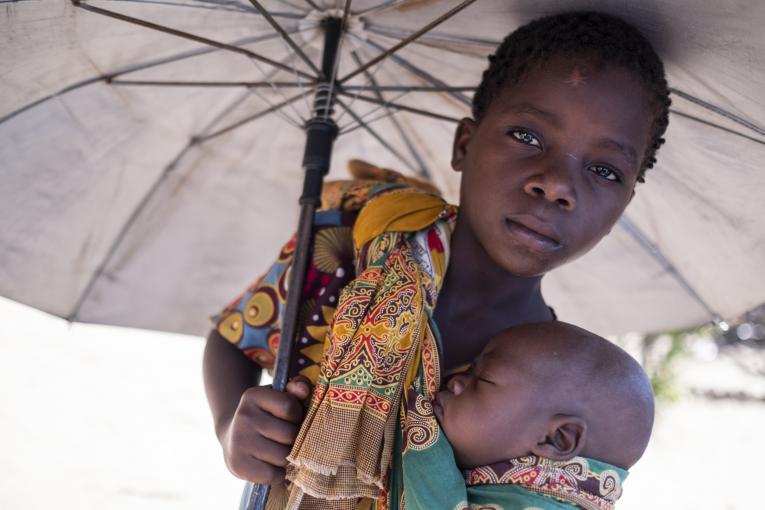 NEW YORK/BEIRA, 25 APRIL 2019 – More than 14,800 cases of malaria have been reported since 27 March in Mozambique’s Sofala Province, one of the areas hardest hit by Cyclone Idai, UNICEF said today – World Malaria Day. The UN children’s agency went on to warn of the risk malaria poses to the health of children, particularly to those who are malnourished or whose immune system is already compromised.

Among all communicable diseases globally, malaria is the third largest killer of children between the ages of one month and five years. Even before the cyclone, Mozambique was 1 of 15 countries that account for 80 per cent of malaria deaths around the world.

“We are deeply concerned about an increase in malaria transmission because receding muddy waters and standing pools left in the wake of Cyclone Idai are ideal breeding grounds for the mosquito population,” said Michel Le Pechoux, UNICEF Deputy Representative in Mozambique. “These conditions could lead to an explosion in the number of mosquitos carrying the disease which would put children at grave risk.”

UNICEF and its partners are ramping up efforts to prevent transmission of malaria. Approximately 1 million mosquito bed nets are needed for cyclone-affected areas, and UNICEF has so far procured 500,000 and distributed more than 116,000. Schools and health centres are also being treated with disinfectant and anti-mosquito spray as part of a campaign led by the Ministry of Health to complement the distribution of insecticide-treated bed nets.

The situation could be made even worse if Mozambique is significantly affected by Cyclone Kenneth – a new tropical cyclone which will likely make landfall today in the northern part of the country. UNICEF has already deployed emergency staff and prepositioned emergency supplies ahead of this next storm.

The needs in Mozambique remain massive, with 1 million children in need of assistance. UNICEF has launched an appeal for US$122 million to support its humanitarian response for children and families affected by the storm and its aftermath, in Mozambique, Zimbabwe and Malawi over the next nine months.