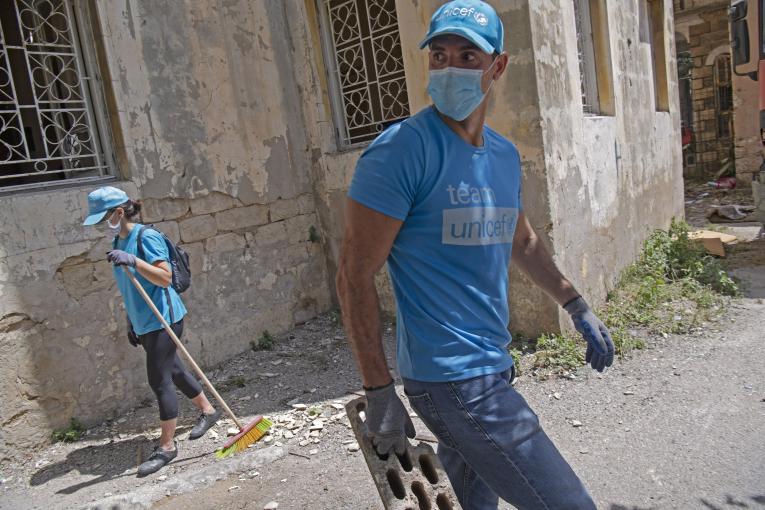 UNICEF/UNI357472/Gorriz/UN
On 8 August 2020 in Beirut, Lebanon, UNICEF personnel and partners join efforts with local residents to clean up the streets in the areas most devastated by the massive explosion that took place on 4 August.

GENEVA, 11 August  2020 - This is a summary of what was said by Marixie Mercado, UNICEF spokesperson in Geneva – to whom quoted text may be attributed – at today's press briefing at the Palais des Nations in Geneva.

We are a long way from having comprehensive figures on deaths and injuries among children. For now, we know of at least three children killed and 31 children who required hospitalisation. Partners report approximately a thousand children among the injured.

Preliminary findings from assessments conducted with Beirut and Mount Lebanon Water Establishment teams indicate no major damage so far to the water network.

Further assessments on education indicate that 20 public technical and vocational education and training schools that cater around 8,000 adolescents and young persons have also damaged, in addition to the 120 public and private schools we spoke of on Friday.

Some of the immediate response activities underway now:

Damaged health care facilities, schools and water connections will need to be rehabilitated, and emergency cash assistance for the most vulnerable families, including health and logistics workers, is also crucially needed.

We issued a preliminary funding appeal on Friday 7 August for $8.25 million. We are updating the appeal now and expect the revised appeal to be significantly higher. 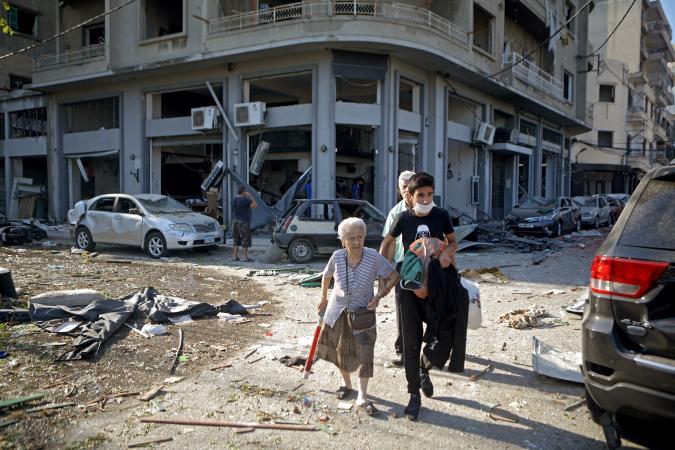 A woman is evacuated from the partially destroyed Beirut neighbourhood of Mar Mikhael on August 5, 2020 in the aftermath of a massive explosion in the Lebanese capital. - Rescuers searched for survivors in Beirut today after a cataclysmic explosion at the port sowed devastation across entire neighbourhoods, killing more than 100 people, wounding thousands and plunging Lebanon deeper into crisis.