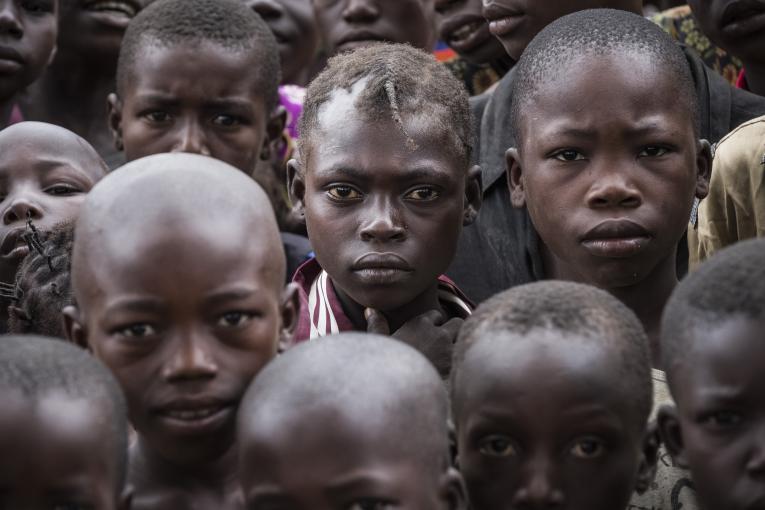 BANGUI/DAKAR, 22 January 2021 – UNICEF is deeply concerned for the wellbeing of thousands of children estimated to be newly displaced by a surge in violence in several Central African towns, including the capital Bangui, prior to and following the country’s general elections. The crisis is likely to lead to higher rates of malnutrition as well as the recruitment of children into armed groups.

In the run-up to and after the general elections of 27 December 2020, armed conflict between Government forces and a coalition of armed groups in several towns[6] of the Central African Republic (CAR) forced nearly 200,000 people – almost half of whom are children – to flee their homes. While many have since returned home, approximately 100,000 people are still displaced.[7] The situation remains volatile in many parts of the country, following the announcement of election results.

“This new wave of violence and displacement is increasing humanitarian needs at a time when the Central African people are already dealing with the consequences of the COVID-19 pandemic and years of conflict and insecurity,” said Fran Equiza, UNICEF Representative in CAR. “For the most vulnerable children and women, fighting is a direct threat to their lives. It is likely to lead to an increase in the incidence of malnutrition among children and gross violations of their rights, such as recruitment or killing.”

Across the country, cases of severe acute malnutrition among children under five have increased by 16.4 per cent compared to the same period in 2020. This is largely due to the widespread insecurity.

Although CAR has so far registered a relatively low number of COVID-19 cases[8], the broader impact of the epidemic has been severe. Since last March, a significant decrease of immunization rates was observed[9] due to the challenges faced in conducting routine immunization. The pandemic has also resulted in the closure and disruption of services for forcibly displaced children and victims of violence including by armed groups. Between January and July 2020, more than 380 grave violations of child rights were recorded in the country, more than 2.5 times the figures for the same period in 2019, with a spike in incidents of gender-based violence against children at the height of the COVID-19 epidemic and during school closures.

“Once again, children are bearing the brunt of this crisis: having their education disrupted, being exposed to violence, separated from their families, or recruited into armed groups,” added Equiza. “We are calling on all parties to ensure that civilians, especially children and women, are protected and kept out of harm’s way, in line with international human rights and humanitarian law.”

In the weeks before the most recent violence, UNICEF had reinforced its prepositioning of emergency relief supplies in Bossangoa, Bouar, Kaga Bandoro, Bambari and Bangassou, and maintained full operational presence in its five offices - Bangui, Bambari, Bouar, Bossangoa and Kaga Bandoro. On 2-3 January, through the Rapid Response Mechanism (RRM), UNICEF carried out an emergency distribution of food, water and sanitation supplies to around 10,000 people, including 6,200 children in the town of Dekoa, heavily affected by fighting, 260 kilometers North of Bangui, the Capital City.

In Bangassou, UNICEF and its partners have provided water and sanitation equipment for the initial response, facilitated access to water on the main new displacement site, and is preparing to distribute essential items when the security situation allows it. In Bangui, UNICEF and its partners have facilitated access to water and the construction of latrines in a temporary displacement site. In Bouar, UNICEF has provided 2.6 tons of Ready to Use therapeutic food and therapeutic milk for the treatment of children with severe acute malnutrition and, in coordination with WHO and MSF, has dispatched medicine kits to the town hospital and three health centers, to cover the needs of 3,000 people for one month.

UNICEF continues to work with partners to provide support to children, families and communities in areas affected by insecurity.

The humanitarian crisis in CAR remains one of the largest in the world, in terms of the ratio of the number of people in need of humanitarian aid to the total population. In 2020, UNICEF’s emergency appeal was only 49 per cent funded, with critical funding gaps in health and HIV, child protection, as well as water and sanitation.[10] UNICEF appealed for USD $75.7 million to respond to emergency needs in CAR in 2021, including to the ongoing COVID-19 epidemic. To date, the appeal is 21 per cent funded.

[1]These include Bossangoa, Bossembele, Yaloke, Boali, Mbaiki, Boda, Beloko, Dekoa and Bouar in the West, and Bambari, Grimari, Bakouma and Bangassou in the East. Clashes also occurred in Bouca. On 13 January, armed elements launched coordinated attacks on the outskirts of the capital Bangui, which were repelled;

[4]Based on a comparative analysis of administrative immunization data from CAR’s Ministry of Health, immunization data for the first eight months of 2019 and 2020 show a decrease of 11% of children vaccinated with penta3 and 6% of pregnant women who received at least two doses of tetanus vaccine;