Healthy children become healthy adults: people who create better lives for themselves and their communities. See how UNICEF is supporting the Government of Nigeria to improve immunization coverage and provide access to quality healthcare.

Nigeria’s mortality rates for women and children are among the world’s highest. The ratio of 576 maternal deaths per 100,000 live births has not improved over the last decade. Most of these deaths occur in northern Nigeria where health indices are poorer.

Nigeria has the world’s second highest number of deaths in children under five, losing around 2,700 every day from a ratio of 120 per 1,000 in 2016, although it has declined since 2003 down from more than 200 per 1,000. Only one out of three babies is delivered in a health facility. The poorest among Nigeria’s population continue to be most in peril, whatever their age. While there have been drops of 31 per cent and 26 per cent in under-five and infant mortality rates, respectively, over the last 15 years, the decline in deaths of newborns over the same period is just 20 per cent highlighting an urgent need to scale up interventions targeting the youngest in the country.

The uptake of routine immunization remains poor and full immunization coverage has failed to gain traction as only one in four children are fully vaccinated. The situation for rural children causes greatest concern – only 16 per cent are fully immunized, compared to 40 per cent of children in urban areas. Measles vaccination coverage has now fallen below 50 per cent. Despite making significant progress in the eradication of polio, which led to Nigeria being declared polio-free in 2015, insurgency in the northeast and the resultant insecurity is beginning to reverse these gains: four new cases of wild poliovirus (WPV) re-emerged in Borno State in August 2016.

Nigeria has 190,950 HIV/AIDS infections per year, the second highest rate in the world.

Nigeria has the world’s second highest burden of HIV/AIDS, with an estimated three million people living with HIV (PLHIV) and 190,950 new infections recorded in 2015. Nigeria’s HIV epidemic is generalized, with extensive regional variations in prevalence. The opportunities for children to access diagnosis and care is limited. Approximately 260,000 children aged 0-14 years were living with HIV in Nigeria in 2015, with 41,000 new infections occurring among children, and only 17 per cent of children living with HIV having access to antiretroviral therapy (ART).

UNICEF’s programme supports the government’s vision of Universal Health Coverage (UHC) through the revitalization of Primary Health Care (PHC). Our health programme focuses on supporting the federal and state governments to: 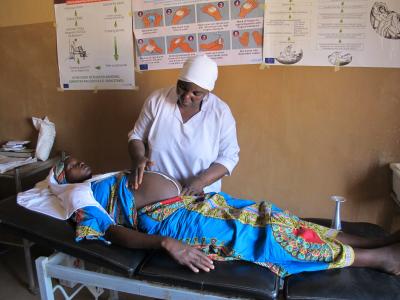 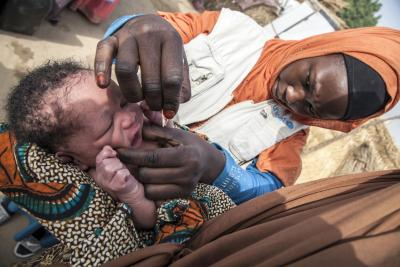 Focus on polio eradication and the polio end-game strategy. 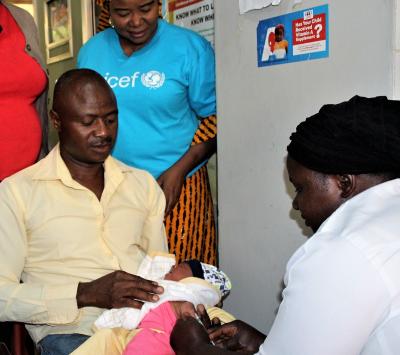 Strengthen routine immunization across the country. 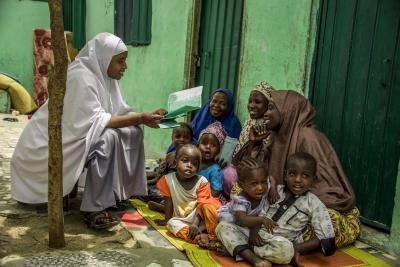 Educate and empower women to make more informed decisions about the health of their children.