See how UNICEF is supporting the government of Nigeria and a wide range of partners to promote positive and measurable behaviour and social change integral to development programmes.

While Nigeria has recorded historic gains against the crippling polio virus, the overall RI status in the country is poor. A lack of awareness is cited by 42 per cent of caregivers as the biggest communication-related barrier preventing the RI schedule from being completed, followed by mistrust or fear (11 per cent) and service delivery issues (25 per cent). In addition, nearly one in four (23 per cent) of caregivers thought their child was fully immunized, 11 per cent had no faith in immunization, 18 per cent cited a lack of time and 12 per cent reported the immunization site as being too far to reach.

End to Violence Against Children

The national survey on Violence Against Children (VAC) conducted in 2014 indicated a high prevalence of sexual, physical and emotional violence against children in Nigeria. Six out of every 10 children suffer one or more forms of violence – physical, sexual and emotional – before they reach the age of 18 years, with more than 70 per cent suffering repeated abuse. The survey also highlighted the fact that very few children speak out about their experiences, and even fewer seek or receive services or justice – just five in 100 abused children ever receive the help that they need to recover.

6 out of every 10 children suffer one or more forms of violence – physical, sexual and emotional – before they reach the age of 18 years, with more than 70 per cent suffering repeated abuse.

Since the start of the Boko Haram conflict in 2009, more than 2,295 teachers have been killed, 19,000 others have been displaced and 1,400 schools have been destroyed. UNICEF believes the attacks on schools are in danger of creating a lost generation of children, threatening their future and that of the country.

Mother and Child Health and Nutrition

Nigeria is the second largest contributor to world’s underfive and maternal mortality rates. Under-five mortalities are at 128 per 1,000 live births, maternal mortality ratio at 576 per 100,000 and only one in four children are fully immunized.  The number of pregnant women seeking antenatal care is 61 per cent and fewer than 4 out of 10 babies are delivered by skilled medical staff. Malnutrition is a direct or underlying cause of 54 per cent of all deaths of children who die before their fifth birthday. Nigeria has the second highest burden of stunted children, with a national prevalence of 32 per cent, and 11 million children under five affected. Seven per cent of women of childbearing age suffer from acute malnutrition. Exclusive breastfeeding rates have not improved significantly over the past decade, with only 17 per cent of babies being exclusively breastfed. Less than half of Nigerians have access to safe water, sanitary facilities and proper disposal of waste. Birth registration is still very low, knowledge of HIV is high but prevention practices and infection rates have not improved significantly. These trends are rooted in behaviours and underline the need for robust C4D interventions if the lives of women and their children are to be saved.

There has been a decline in the number of people practising open defecation (OD) in rural Nigeria, from 35.7 per cent in 2015  to 32.4 per cent in 2017. It is estimated that OD will still be practised by one in five Nigerians living in rural areas by 2025 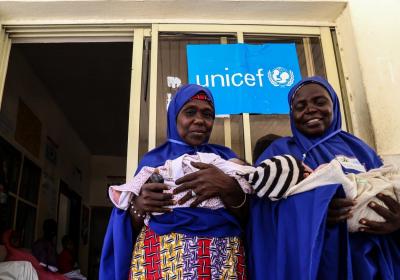 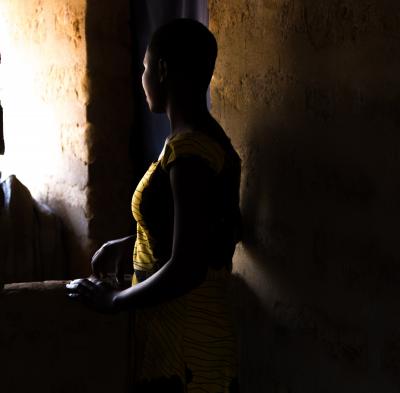 UNICEF is forging partnerships with religious and traditional leaders and the education and health sectors, including adolescents and young people, to implement the National Priority Actions and to support their contribution to change social norms that perpetuate violence against children. 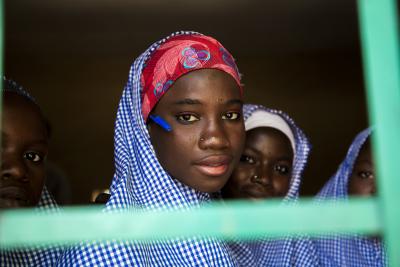 Use of edutainment radio programmes to promote safe schools was launched in 2017. Radio clubs also organize community mobilization activities, aimed at getting communities to invest in the safety of their schools while encouraging them to get their children back into education. 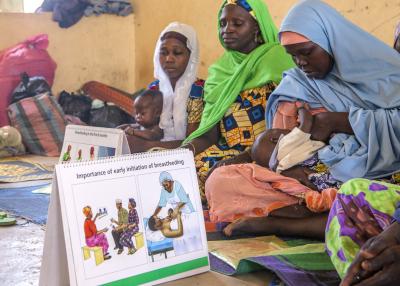 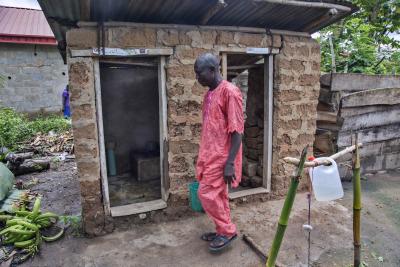 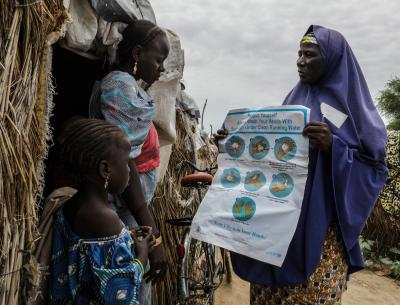