A village on the rise

Dhanusha – Mantoriya Mahara can be said to represent a new direction for her community.

Mantoriya is a local of the Chamar Basti in Mithila Municipality in Dhanusha District, a village that derives its name from the residents, the Chamars – traditionally among the most marginalized communities in Nepal’s southern plains.

Historical disadvantage means communities like the Chamars also generally perform lower than other groups when it comes to indicators like education, health, nutrition and sanitation, along with high incidence of child marriage. Many of the men in Chamar Basti have migrated overseas, primarily to Gulf countries, for work, leaving behind mostly women, children and the elderly.

But there are signs of positive change. All children in the village, for instance, have had their birth registered. This means those under five years of age are now eligible to receive the child grant being given by the local government – an initiative that UNICEF is supporting to expand in more areas across the country. Thanks to the grant, families have been able to buy more nutritious food, clothes and medication for children.

What’s more, almost all children here are enrolled in school, and an increasing number of young people are choosing to pursue higher studies.

And that’s where Mantoriya comes in. Currently enrolled in a bachelor’s degree course in business studies, she is the first girl in the village to go to college.

“Studying gives me a sense of pride,” she explains. “I feel like I can hold my head high, like my parents can hold their heads high.”

Mantoriya says child marriage is one of the biggest problems in the district, and as a member of the local youth club, has been part of awareness-raising campaigns aimed at bringing an end to the practice. “When children are married before they are mentally or physically prepared, it can lead to a lot of problems and spoil their futures.”

“I want to inspire girls to follow their dreams and to convince parents to support them.”

And there is, according to her, reason to hope.

Thanks to the ‘Beti Bachau, Beti Padhau’ (save girls, educate girls) girls’ education and insurance campaign started by the Chief Minister of the province, many young girl children from the village are also now eligible to receive a sum of Rs. 125,000 when they turn 20. UNICEF is also running a number of non-formal education programmes in the district with the objective of bringing out-of-school children – particularly girls – back into classrooms.

Mantoriya has no doubt that education is the key. She gives an example of how hygiene and sanitation practices in Chamar Basti have improved overall. “We used to drink water straight from the tap before, but now people know to boil and filter before drinking,” she says.

Additionally, because much like other low-lying areas in this part of the country, the village is also susceptible to flooding, the local ward office with support from UNICEF has also established a fund to deal with disaster risk reduction and response. These funds are directed at providing immediate relief to families in the aftermath of a disaster. And Mantoriya says community members themselves are taking what precautions they can, such as preparing emergency go-bags, as well as keeping their belongings in raised places around the house to prevent water damage.

These are just a few examples of transformation in the village, according to Mantoriya.

“The more people in our community are educated, the more so-called higher castes won’t be able to look down on us.” 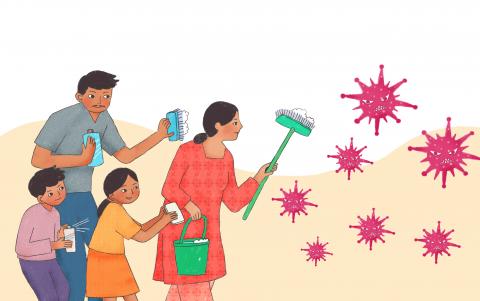 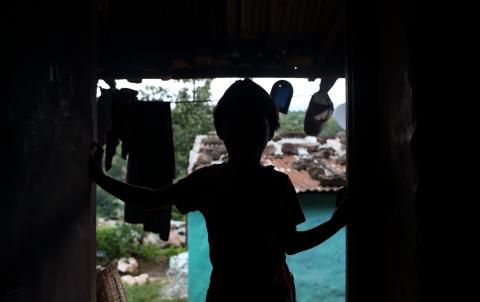 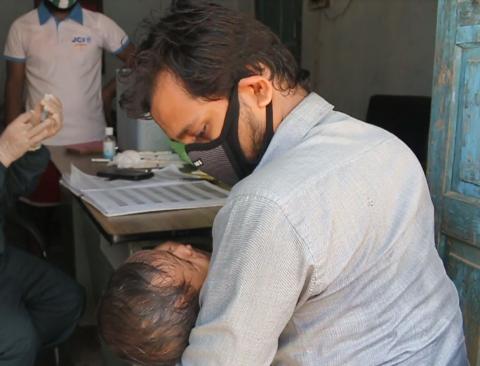 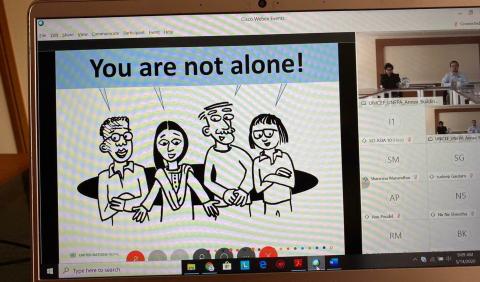