A sense of security

In Nepal’s northeast, a female community health volunteer reflects on navigating her duties during the COVID-19 pandemic, and her experience taking the vaccine

Dolakha, Nepal: “Everyone wants this to end, don’t they? It’s gone on too long.”

As Durga Devi Shrestha walks towards a group of women in the distance, her hand reaches up behind her ear in an almost offhand gesture, checking if her mask is still secure. The mask, as well as making sure she is at a safe distance from other people, are just some of the new habits the female community health volunteer from Charikot in Dolakha District in northeastern Nepal has had to adopt across the year that COVID-19 has swept the world.

“Our work is all about interacting with people, and the pandemic made that very difficult,” she says.

Despite these challenges, however, Durga and her colleagues learned to adjust to the changed realities brought on by COVID-19. For instance, they were mobilized by the Charikot Hospital to inform communities about the key public health measures to prevent spread of infection, as well as carrying out handwashing demonstrations and distributing masks, soap and other supplies.

They also found new ways to resume their duties, such as by counselling families – especially the pregnant women and new mothers who are the focus of their efforts – over the phone or at a distance. 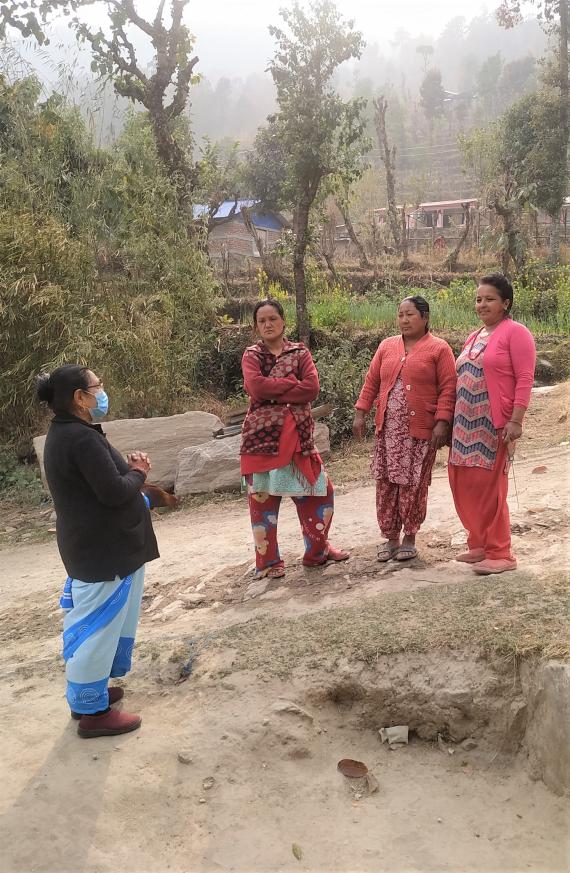 “Most people find it easy to share their problems and concerns with us because they know us so well,” says Durga. “Their trust is very important to me. I didn’t want to stop working just because it was challenging.”

That dedication to her role as a bridge of sorts between communities and health facilities stems, in large part, to an incident that had first driven her to become a female community health volunteer. When Durga had been 11 years old, her mother had lost her life in childbirth. “She went into labour and there were some complications with the delivery,” Durga remembers. “We couldn’t get her to a health facility in time.”

The loss had struck Durga so deeply that when she was presented an opportunity to become a female community health volunteer 32 years ago, she leapt at the chance.

“I wanted to help prevent other women from suffering what my mother had been through.”

Ever since then, Durga has become a fixture in the community, walking up and down the trails of her assigned areas, going from door to door to check on families and children, or attending to any calls for help or advice. And she was keen to keep up that vigilance even through the restrictions on mobility that had been imposed because of COVID-19.

It was therefore a “big relief” when, in January 2021, it was announced that the Government of Nepal was launching the COVID-19 vaccination campaign, and Durga learned she would be among the frontline healthworkers receiving the vaccine in the first phase. “It happened much sooner than I had expected,” she says.

Did she feel any hesitation in taking the vaccine? “Not at all,” she says firmly. “After such a difficult year, I couldn’t wait to take it.”

Apart from a touch of fever and body ache immediately following the vaccination, Durga didn’t suffer any serious effects. Today, over a month since the first jab, she says she is feeling much more confident in her duties. “Even though we still have to be careful and wear masks and maintain distance and all that, the vaccine has given me some peace of mind,” she says.

And now, Durga wants more than ever for others to feel that sense of security. When doing the rounds of the community, she makes sure to urge people – especially the elderly who are being prioritized in the upcoming phase of the vaccination campaign on 7 March – to take the vaccine.

“Some of them need a bit more convincing,” she says. “But I remind them that this is necessary if we want to go back to our normal lives.”

The mobilization of female community health volunteers like Durga has been widely regarded as one of the most successful community health volunteer schemes in the world, representing a bridge between communities and health facilities. UNICEF, together with UNFPA and USAID, have been involved in the FCHV programme from its very beginning in 1988, including supporting the Government of Nepal to scale up the programme to all districts across the country. 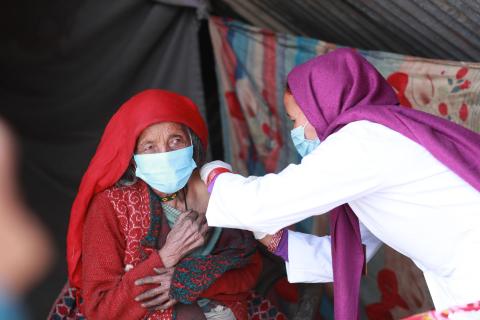 Healthworkers reflect on the rollout of COVID-19 vaccinations in Nepal’s far-west, and the role of the cold chain in bringing vaccines to remote communities 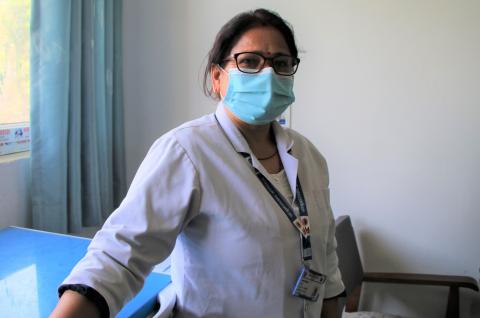 "We did what had to be done" 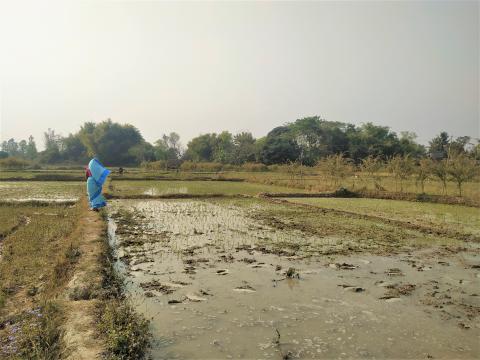 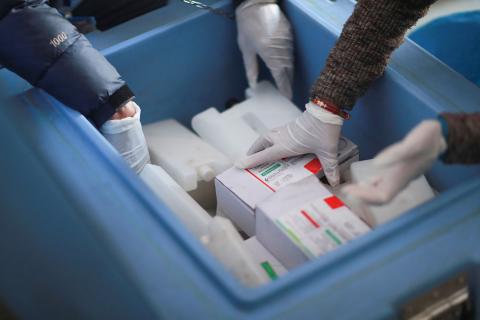