Improving the Nutritional Status of Children in Zambézia and Nampula

Maputo, 18 May 2018 – The European Union, under the 11th European Development Fund, funds an action program totaling € 22 million and € 200 million to contribute to the expansion of the Nutrition and Health Services , Sanitation and Hygiene), with emphasis on the "window of the first 1,000 days" from conception to the child's two years of age.

The program aims to benefit 570,000 children under two years of age with essential nutrition, water, sanitation and hygiene services and interventions to prevent chronic malnutrition.

Planned interventions and outcomes are aligned at the national level with the Mozambican Government Five Year Plan (PQG), the Multisectoral Action Plan for the Reduction of Chronic Malnutrition in Mozambique (PAMRDC), the National Rural Water and Sanitation Program (PRONASAR), the Food Security and Nutrition Strategy (ESAN-II) for 2008-2015, the Health Sector Strategic Plan (PESS), the Health Promotion Strategy (2015-2019), the Social Change and Behavior for the Prevention of Malnutrition (2015-2019) and annual plans (PES).

"We are confident that this support will increase mobilization and political commitment to nutrition," said Geert ANCKAERT, Head of the Good Governance and Social Sectors Section, adding that the EU is also particularly involved in intensifying the implementation of essential " "(Specific and sensitive) supporting the necessary coordination and strategic planning functions for Government nutrition.

Chronic malnutrition (short stature for age), according to global and national evidence, undermines Mozambique's economic development. A recent Cost of Hunger study showed that approximately 62 billion meticals ($ 1.7 billion) were lost in 2015 as a result of child malnutrition. This is hindering the potential of children to develop their full potential and later in life will cost them and the country a greater loss of productivity. By reversing chronic malnutrition, it will allow potential development.

Mozambique has made progress with economic growth and reducing under-five mortality, but rates of chronic malnutrition (low height-for-age) remain high. Chronic malnutrition, according to global and national evidence, constrains Mozambique's economic development, undermining its human potential and limiting greater productivity. By reversing this situation, this potential will be released. The prevalence varies between 50% in the province of Nampula, 41% in Zambézia and 26% in the capital Maputo.

"This generous contribution from the European Union will help the Government and partners to provide improved services and interventions in Nutrition and ASH to children under five, pregnant and lactating women in Zambézia and Nampula," said Marcoluigi Corsi, UNICEF Representative in Mozambique.

During the period of this program, 2017-2021, UNICEF will work directly with the Government at the national, provincial and district levels. This high-level engagement supports from the outset a long-term sustainability strategy. Overall, the program will focus on the provinces of Nampula and Zambézia, which concentrate the largest number of children with chronic malnutrition (45% of all children with low height for age in Mozambique). Within these two provinces, seven districts (in Nampula: Monapo, Nacala-a-Velha, Ribáuè, Zambezia: Pebane, Molumbo, Gurué and Lugela) were selected, based on the need, on the one hand, to reduce chronic malnutrition in children in the poorest communities and, on the other hand, increase existing potential to build and create synergies with other nutrition-sensitive interventions.

Target districts vary in size, demographics, topography, coverage of social services, and commitment to address malnutrition. This analysis was used to highlight the grouping of the provinces into at least two distinct groups, based on livelihoods, so that specific skills could be generated for each of these groups. The grouping is as follows: Nacala-a-Velha and Pebane for the coastal subsistence zone; Ribáuè, Molumbo, Monapo, Gurué, Lugela to the zone of familiar machambas.

In addition to the malnutrition rate, there was also a critical analysis of the priority districts, based on levels of "deprivation" of children to access drinking water and adequate sanitation, diversity of diet, etc. 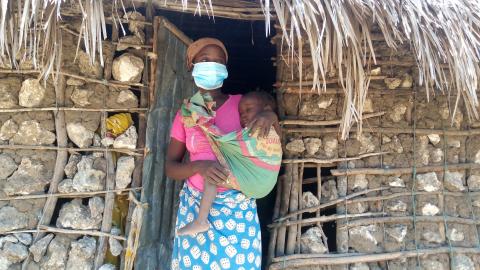 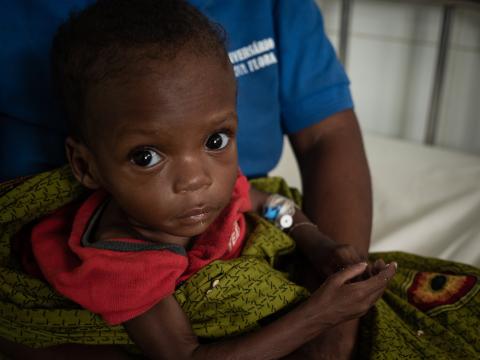