“I don’t care if it’s 1am, 3am, 5am, anytime we get a call, we’re there,” says Melania, a Violence Interrupter and a member of MOMUCLA (Movimiento de Mujeres de la Colonia López Arellano), an organization that for 30 years has worked hard to defend women’s rights in the municipality of Choloma, in northern Honduras. The industrial city of Choloma has long been a hotspot for crime and violence. In 2019, 38 women were reported to have died as a result of violence. In 2020, that number has dropped to 13, because of a committed team of men and women like Melania.

Melania, Pastora and Luz are among 18 community leaders who have been selected as Violence Interrupters (VIs) and trained to implement violence reduction actions and mediation. They work tirelessly to reduce gender-based violence in the most conflictive neighborhoods due to gangs and drug cartels and defend those, especially women and girls, whose rights are being threatened.

The Spotlight Initiative and key donors including the European Union teamed up with Cure Violence Global (CVG) to develop a contextualized strategy for the interruption of homicide, femicide and gender-based violence in 25 communities of the 4 most violent cities in Honduras. The strategy focuses on strengthening the capacities of community-based organizations to identify risk factors and apply techniques to stop violence and prevent violent deaths by changing social norms and deescalating conflicts through cooperation, youth participation and community mobilization.

Since January 2020, in 25 neighborhoods of Choloma and nearby San Pedro Sula, the team of VIs interrupted 1,770 highly violent incidents, including more than 724 incidents against women and girls, ranging from sexual violence to trafficking and exploitation. The lives of 501 women were saved. Furthermore, VIs supported the displacement of 52 persons, mostly women and children, to safer places.

“At first I was skeptical of the Recuperando Mi Comunidad program and what being a Violence Interrupter consisted of,” says Luz, “because there are limits and things that happen that are out of our control.” Pastora admits that she was also afraid of what could happen because the community she worked in wasn’t a hotspot, it was a boiling spot. But as time passed, they began to recognize just how important their work was as they responded to and interrupted any act of violence, from kids fighting to neighbors arguing to men threatening women.

The Violence Interrupters are always ready to assist women and girls and protect vulnerable populations. They place a lot of emphasis on working with youth and offenders on critical issues related to gender equality and masculinity social norms. In communities like theirs, children are raised in machista environments, believing men are superior and women submissive. VIs reach out to these communities to eliminate stereotypes and confront discrimination, especially among the younger population, and have managed to influence many boys and girls to create lasting change with their own actions.

Melania recalls one night not long ago when she received a call from a group of five women who were receiving death threats by gang members in their community. The women were being requested to participate in drug activities and were given 24 hours to comply. Melania and the other VIs managed to take the women out of the community and held them in their own homes for a while, before they were finally able to relocate to a safer place, where they no longer have to fear for their lives.

The Recuperando Mi Comunidad team, in alliance with MOMUCLA, have managed to reduce the high levels of violence Choloma has been experiencing for years, in general and against women specifically. “Sometimes people ask how they can repay me, and I say to them, the best thing you can give me is to know that you are okay,” says Pastora. And although the work presents many risks, she goes on to express that they are ready to face any situation with love and conviction because they feel a responsibility to prepare strategies and mitigate risks in order to protect and save lives.

“My greatest achievement as a Violence Interrupter has been overcoming my own fears,” says Luz. “Thanks to UNICEF and Cure Violence, through the Recuperando Mi Comunidad program, we have gained credibility and people’s trust and have slowly managed to change norms and behaviors.” In total, the team spent more than 43,402 hours last year working with people on social norm changes and followed up on 4,372 people after violent incidents to ensure long-lasting behavior change, of which 1,033 were women and 1,219 were adolescents.

The COVID-19 pandemic has posed additional challenges for Violence Interrupters in Choloma. People are losing their jobs and don’t have money to support themselves or their families. They have pulled their children out of school and have turned to sending them out on the streets to sell drugs or ask for money. But even during these trying times and with few resources, the VIs have coordinated and found ways to support these women and girls by guiding them towards other means with which they can maintain themselves and move forward. The team counts on a wide network of support and links survivors to the best options and services available following the disruption caused by the countrywide measures.

The team of Violence Interrupters has shown a great capacity for mobilization in times of emergency, supporting communities in the prevention of COVID-19 and in the preparedness and response to Hurricanes Eta and Iota. Prior to the storms, they managed to mobilize more than 16,000 people and are currently supporting affected families and the most devastated communities.

As for what the future holds, Melania, Pastora and Luz believe that Choloma is a place of opportunities. They hope to empower more girls and boys so they can learn to love their communities and become leaders, just like them, fighting to put an end to the violence against women and girls in their communities. In the words of Melania, “what we want is to construct a world without violence.” 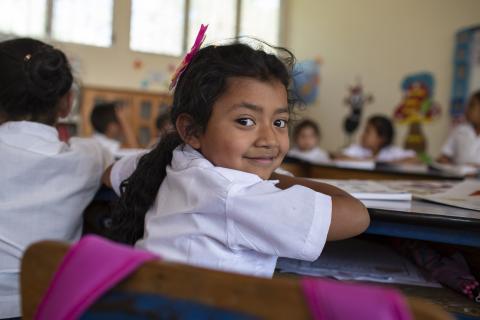 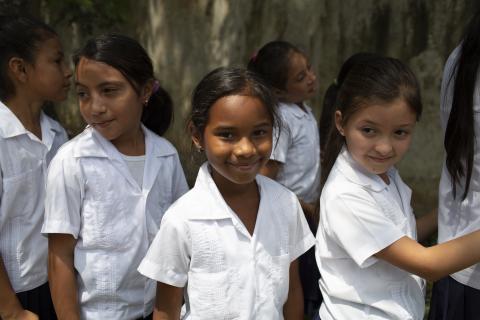 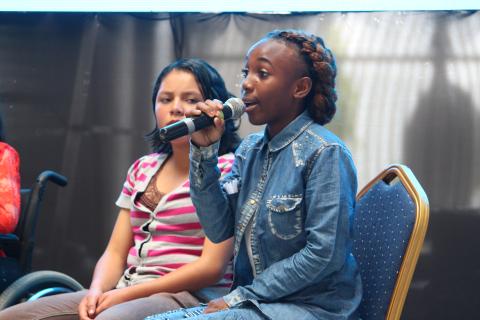 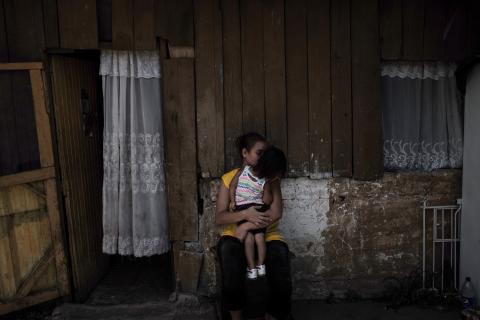