Letter from our Director  |  3 minute read

This year’s SOWC, “Children, Food and Nutrition: Growing Well in a Changing World”, examines the different manifestations of malnutrition in the 21st century. It describes a triple burden for children: underweight, hidden hunger (where children suffer from a deficiency in micronutrients), and overweight. These three burdens often co-exist in the same country, and can even occur in the same family. Each of the three burdens has a distinct trajectory and interacts differently with other global factors. Here we provide a simple framework for interpreting this complex and evolving problem.

For most indicators of child wellbeing, better outcomes are observed among countries with higher levels of income. Rich countries can afford more goods and services for children, and typically have greater capabilities and organizational capacity to deliver them. Causation can also run in the other direction: when improved child indicators imply the accumulation of human capital, this drives greater productivity and income in an economy.

For a minority of child wellbeing indicators, worse outcomes are observed in richer countries. These include indicators that capture the dangers associated with modern lifestyles such as non-communicable diseases, and the use of technologies such as online risks. Importantly, better outcomes for these indicators still tend to correlate with higher incomes within countries; the poorest children within any society tend to fare worst on all wellbeing indicators.

The ups and downs of malnutrition

Figure 1 and 2 focus in on two nutrition indicators, reflecting two parts of the triple burden: stunting in under 5s, and obesity in adolescents. Stunting behaves like most child wellbeing indicators with greater prevalence observed in the poorest countries. Obesity is the opposite, with higher rates more common in richer countries. (These relationships are not uniform: the Pacific Islands, for instance, have especially high rates of obesity.) The green trend lines show the relationship in 1990 between these indicators and average incomes for countries around the world. For stunting, the trend line is downward sloping, whereas for obesity, the trend line is upward sloping.

We can learn more about the changing nature of malnutrition and efforts to fight it, by examining how these relationships have changed over the past generation. The blue trend lines show the relationship between our two indicators and average incomes in 2016, which we can then compare with the green trend lines for 1990.

In Figure 1, the trend line has shifted down over time. Countries today, on average, have a lower prevalence of stunting compared to countries at the same level of income a generation ago. Such changes can be attributed to advances in, and the diffusion of, technology and knowledge. In the case of stunting, this likely includes the spread of fortification and micronutrient supplementation, and increasingly universal norms around hygiene. This is a remarkable change that should be celebrated.(See this excellent commentary by Owen Barder, Lee Robinson and Euan Ritchie at the Center for Global Development, which offers a detailed exposition of this phenomenon and provided inspiration for this post.)

In Figure 2, the trend line has, by contrast, shifted up over time. Countries today have a higher prevalence of adolescent obesity compared to countries at an equivalent level of income in 1990. Breakthroughs in technology and knowledge have not made a dent in adolescent obesity. Instead, globalization and urbanization has brought cheap food that is low in nutritious value to markets everywhere, along with lifestyle changes that lead to overconsumption of calories and less exercise.

A full account of global progress in tackling child malnutrition must reconcile these various forces. Stunting around the world has diminished over the last generation, both as a result of economic growth in developing countries and advances in the spread of technology and knowledge. Yet despite these tailwinds, the rate of global progress remains too slow to meet the SDG target. Meanwhile, that same economic growth has driven up levels of obesity among adolescents, exacerbated further by the forces of globalization and urbanization.

The report’s recommendations focus on making food systems work better for children. This too can be understood through the above framework. Globalized food supply chains can be shaped to develop more nutritious products for children through an appropriate mix of financial incentives and regulations. Rules on marketing and labeling can reshape urban market places where food is most typically bought determining what food is accessible, attractive and affordable. Education can increase the knowledge of children and caregivers to adopt healthier diets. 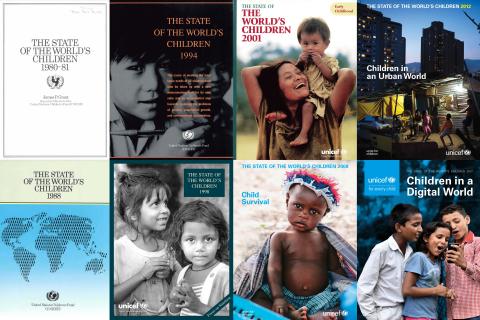 Flagship report: The State of the World's Children

40 years of advocating for children 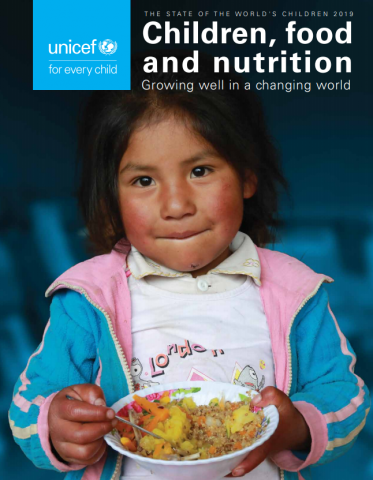 Full report and executive summary are available in English, French, Spanish and Arabic 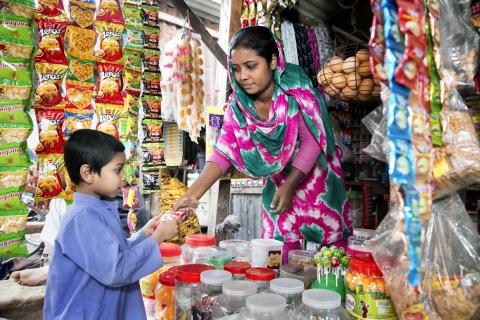 The changing face of malnutrition 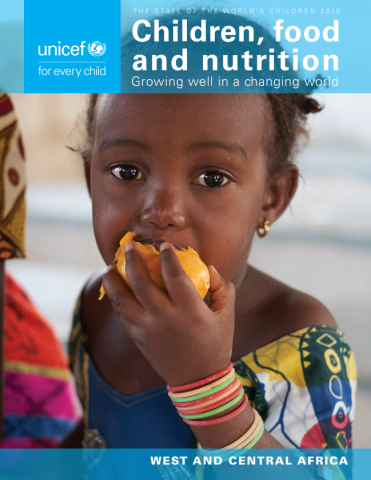