New Ambassador returns to his school in Tonga 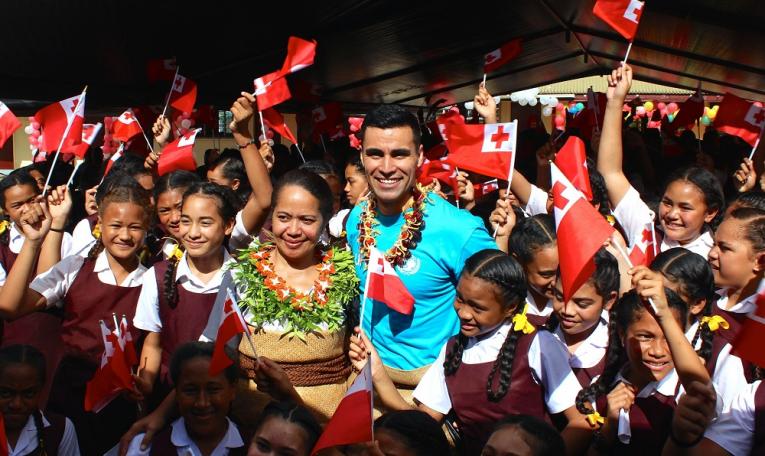 “To welcome Pita Taufatofua as our UNICEF Pacific Ambassador is an absolute honour, made even more special with the participation of the students here today. Pita is not just a world-class athlete but also an engineer,” said Sheldon Yett, UNICEF Pacific Representative.

“His presence here today – and his success first in the classroom, and later on the Olympic fields, is evidence of what other young people can achieve with the right commitment, knowledge and passion,” Mr. Yett said.

At the school ceremony, in true Tongan style, the students presented Pita with a song to celebrate his return to the school.

Speaking to the school children, Pita Taufatofua, said, “I stand here today, in the same place I played rugby as a child with my school mates, to encourage each and every one of you to follow your dreams and achieve your goals. Life is full of challenges, but this is never the time to quit, this is the time to keep going to reach your full potential, no matter what your dream may be.”

During the ceremony, Pita committed to use his role as UNICEF Pacific Ambassador to promote the rights of all children in the Pacific, including Tonga, to ensure all children have access to their rights and the best start to life possible.

Some of Pita’s teachers recalled memories from when Pita attended the school as a child, proud that he has now gained widespread fame as an Olympian representing Tonga at both the 2016 Olympics and 2018 Winter Olympics, as well as working as an actor and holding an engineering degree. He hopes to qualify for a new sport at the 2020 Olympics in Tokyo, and says this sport will be announced soon.

UNICEF Pacific provided support to the Government of Tonga recently after Cyclone Gita, which struck Tonga on February 12 this year, including support to the children at Tonga Side School. 14,000 children were able to return to school as quickly as possible after the disaster thanks to the tents provided, which were used as temporary classrooms, as well as school-in-a-box and recreational kits. Affected communities were also provided support to access clean water and child friendly spaces gave children a safe space to recover quickly from the disaster.

The children at Tonga Side School today demonstrated the resilience of the Tongan people after Cyclone Gita, focused on their education and achieving their dreams, just like their hero UNICEF Pacific Ambassador, Pita Taufatofua.

Pita grew up in Tonga and gained widespread fame as an Olympian and flag bearer representing Tonga at both the 2016 Olympics and 2018 Olympics. He has a degree in engineering. Pita has demonstrated his commitment to youth in Tonga and the Pacific region through school events, working with the Government of Tonga recently on a sport in schools programme, and working in other youth development programmes in the Pacific. Pita is well known in the Pacific region as an athlete, soon to be published author, motivational speaker and actor, as well as working for several years as a youth counsellor in Australia. He is also hoping to qualify for a new sport at the 2020 Olympics in Tokyo. 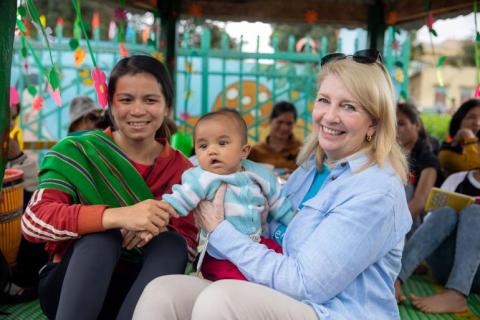 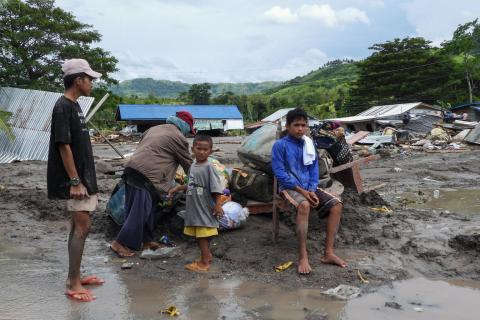 UNICEF concerned for children in the Philippines as cyclone 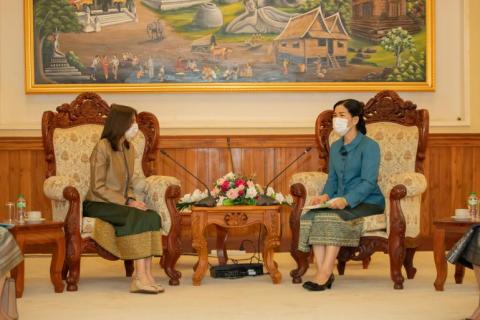 Ms. Debora Comini’s kicks off her first visit to Lao PDR as UNICEF Regional Director for East Asia and Pacific with a series of meetings with senior leaders