UNICEF, with the support of the UK Foreign, Commonwealth & Development Office (FCDO) holds awareness sessions for mothers on over 400 training centers and clubs in three governorates throughout Yemen

Illiteracy and the resulting lack of awareness have led women in many Yemeni villages to overlook the importance of vaccination, supplementary feeding, and other safe-motherhood practices.

To address this lack of knowledge, UNICEF, with the support of the UK Foreign, Commonwealth & Development Office (FCDO) holds awareness sessions for mothers on over 400 training centers and clubs in three governorates throughout Yemen.

In these courses, mothers learn about breastfeeding, complementary feeding, the dangers of malnutrition, the need for immunization, primary care, and the prevention of infectious diseases, including COVID-19. Mothers then pass on their newly acquired knowledge to others from their villages.

Amal, 22, from Al Asa'da village, Taizz governorate was among the program’s first participants.

“I came eight times to this center,” she remembers, “and I met the volunteer, Zagared, in her house. We study two topics every month, sometimes at great length.”

“We were not aware of all the things sessions touch on”, she adds. “Some women did not know the timing of supplementary feeding. I learned how to protect myself and my child from infectious diseases. We did not know before that there were vaccines for pregnant women, or that child immunization is a right.”

Jamilah, 42, a housewife, joined the training center as soon as it opened. No such center had operated previously in her area.

For four months, Jamilah has been passing on what she has learned at the training center to women in her village. “I share with my neighbors what I have learned. Some women have been feeding their children with sugar-mixed water in their early days, or feeding their children solid food before the first six months, without knowing the consequences.”, she explains.

Jamilah has learned about primary care techniques and the need for pregnant mothers to visit the hospital to prevent pressure and preeclampsia and monitor the foetus' condition.

Umm Abdul Rahman Al Sufi, from Al Asa'da Village, has been a leader at the Yemeni Health Training Center since its inception.

“At the beginning of our work, we met mothers who did not know the meaning of safe motherhood,” she reflects. “We educated them on nutrition and personal hygiene, disease prevention, and the necessity of getting vaccinated.”

Umm Abdul became a leader because she likes to educate people. Women regularly gather in her house, and she shares what she learns in the training center with others.

“I educate women about babies’ need to breastfeed exclusively until the sixth month,” she continues, “after which supplementary feeding adds vitamins and minerals to the breastfeeding schedule.”

Umm Abdul received support from the center, including books and soap that she distributed to women in her village.

“Initially, demand was low. However, it increased after we addressed common misconceptions like the ones surrounding vaccination.”, she adds. And she even made new friends in the process. 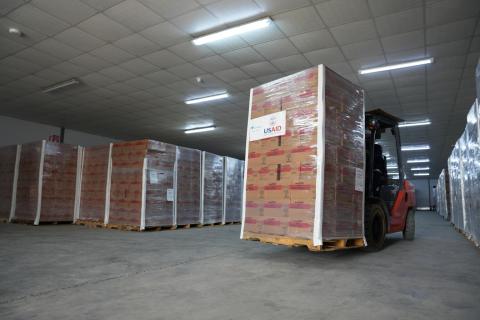 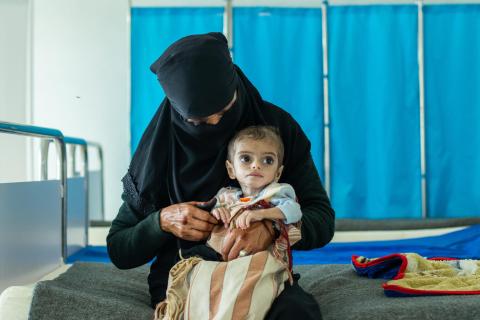 Support to Combat Hunger and Disease 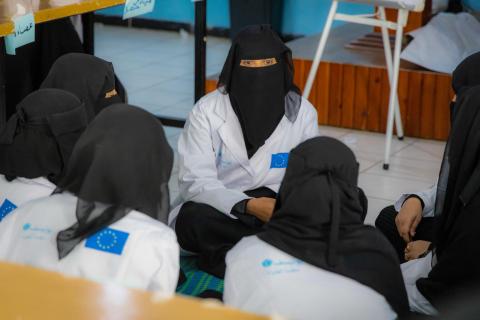