"I need you, Mom!". The story of Nigora and her family

It’s one of the hottest days of summer, but 16-year-old Nigora is picking peaches under the scorching sun in her Fergana valley village. She doesn’t care about the heat. All she can think about is making a bit of money for her sister and brothers.

It’s one of the hottest days of summer, but 16-year-old Nigora is picking peaches under the scorching sun in her Fergana valley village. She doesn’t care about the heat. All she can think about is making a bit of money for her sister and brothers.

Nigora and her siblings were sent back to Uzbekistan from Tajikistan after their parents divorced. Their mother is in prison, and their father has another family. He works in Tajikistan but provides no financial support for his children. So now Nigora, her two brothers and a sister huddle together in three rooms of a small house with their grandmother, uncles, aunts and cousins.

Nigora’s eyes are full of pain and she does not speak much. “Dad called us only twice since we arrived in Uzbekistan. It was a long time ago. I miss my mom and want to see her again", she says, tears welling up.

When she first arrived, she refused to go to school in Uzbekistan because of fears about the language barrier and her lack of friends. “I don't know the Latin alphabet; I can only read Cyrillic,” she would say sadly. According to her relatives’ gender-based prejudices, girls do not need to study and work outside the home, so they saw no reason to educate her. Nigora's 13-year-old sister found it hard to get along with her new family members to start with, since they treated the children differently because of their mother’s situation. Living in a small house with a lot of people caused her emotional distress; she often quarreled and cried and wanted to move out.

Things still aren’t easy. Even now, their uncle sometimes drinks and gets into fights. The children are afraid of him: “If we annoy him or say something back, he yells and tries to hit us, but it has not come to that yet,” Nigora whispers. Akmal, Nigora's three-year-old brother, often asks about his mother and father. When he sees his friends running to their parents, he cries and asks where his are.

Growing up in a happy and loving family is a right that every child should have, but it’s not something that Nigora and her siblings have experienced.

However, a social worker assigned to the family as part of the UNICEF- EU project "Protection of children affected by migration in Southeast, South and Central Asia", has been helping the children to adapt to their new environment. Thanks to her efforts, their grandmother became their official guardian, which gave her the right to receive benefits for her two youngest grandchildren. The family received government support, and with the encouragement of the social worker, the sisters began to go to school. Nigora's grandmother and cousins helped her learn the local alphabet. At first, it was difficult for her to study and communicate, but soon she was reading books in Uzbek, had made friends and was attending school regularly. Her younger brother Akmal had the vaccinations he needed to start kindergarten and was becoming a very active and sociable little boy there.

However, with schools closed due to the pandemic, the children’s studies have been put on hold. Nigora was unable to study online so, during school hours, she helped her aunts pick peaches, earning 45,000 soum a day. On top of this paid work, she also now cooks, cleans, and takes care of her siblings.

These heavy parental responsibilities have fallen on Nigora while she is just a teenager. Not only has she been deprived of her childhood and, but she has lost the opportunity to study too. Lacking parents of her own, and too young to be a mother, it’s unreasonable to expect her to raise her youngest brother. Although she and her siblings enjoy playing with Akmal, sibling love cannot replace the love of parents.

A social worker is continuing to work with the family to overcome their difficult challenges, including supporting Nigora to complete her education. Despite her difficult childhood, she is still pursuing her dream of becoming a seamstress. Her younger sister looks up to her. They hope to be reunited with their mother, who calls them once a week to cheer them up. "I want my mom to come back ... that's all I dream of," whispers Nigora, looking up to the sky, waiting for a shooting star.

Nigora's story is an example of how parental absence creates high risk for children in the family; it can lead to them entering adulthood early, due to an increased volume of housework and responsibility. This can affect their physical development, nutrition, academic performance, and cause negative experiences and depression. According to the Convention on the Rights of the Child, "For the full and harmonious development of his personality, a child must grow up in a family environment, in an atmosphere of happiness, love, and understanding."

This story illustrates work conducted within the framework of the interregional project "Protection of children affected by migration in Southeast, South and Central Asia", funded by the European Union and UNICEF. 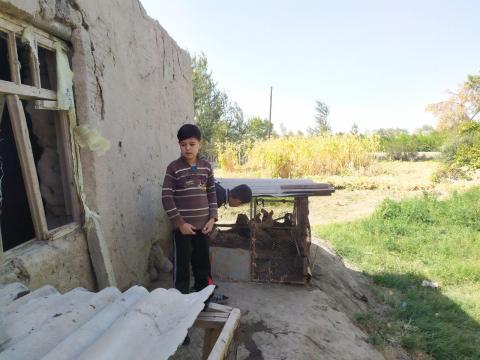 I knew that someday I would get my family back

The story of Timur 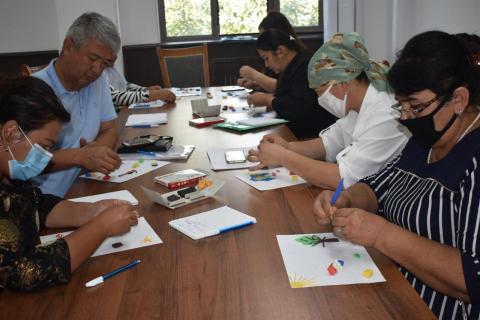 Family is key to a child’s healthy personality