No more abuse! The story of Shakhzod

Shakhzod was nine when his mother left him and his six-year-old brother for work in Russia. Their father has another family and was rarely in contact with his sons.

Shakhzod was nine when his mother left him and his six-year-old brother for work in Russia. Their father has another family and was rarely in contact with his sons. Children stayed with the friend of their mother who did not treat them well. She drank a lot and constantly beat boys for two years.

One year have passed since the time Shakhzod’s brother shared his story full of pain, abuse, neglect, and hope for a better life. Now he is 13 and Shakhzod turned 16. Their lives have changed for the better.

The brothers have been receiving psychosocial, financial, and medical support from the project throughout the year. Moreover, social workers persuaded their mother to return home. Now children are reunited with their mother.

“My children experienced a lot of abuse when I was away. Now it is time for me to step up”, says the mother of boys.

The staff of the NGO ‘Barqaror Hayot’ constantly monitored the life of the siblings, their school attendance, their mental health, and family relationships. They arranged extra-curricular activities free of charge, and UNICEF partners provided study materials.

Social workers convinced the father of the boys to take his parental responsibilities and strengthen their father-son relationship. Now he supports them and keeps in touch.

Social workers helped the mother to obtain allowances for her children. The housing issues were fixed and now the mother got her official documents for the house.

She now wants to make Shakhzod’s dream come true – enroll him in a medical college. The boy’s well-being has much improved. Now he is motivated to get a degree and open a clinic in his homeland.

“I will study to become a dentist in the future!”, says Shakhzod.

This family is one of many others covered by the "Protecting children affected by migration in Southeast, South and Central Asia", funded by the European Union and UNICEF.

Children need to be at the center of all emergency preparedness, response, and recovery efforts 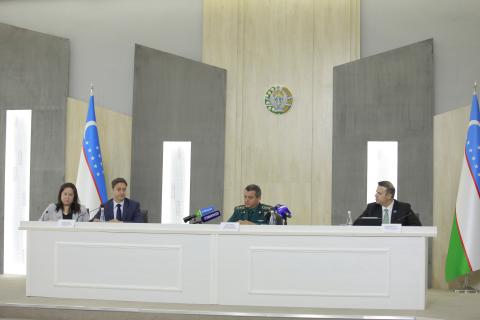 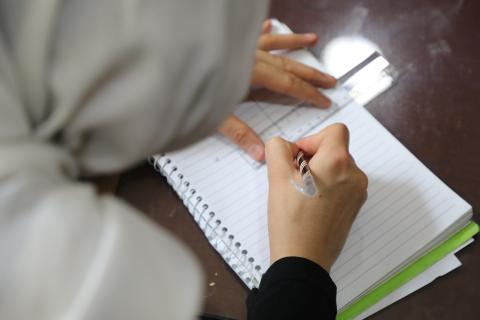 A personal account on the repatriation journey by Safia