Responding with supplies to Cyclones Idai and Kenneth

In the days leading up to Cyclone Idai’s predicted landfall on 14 March 2019, UNICEF quickly mobilized to prepare for a rapid response in its aftermath. This included reviewing contingency stock availability, prepositioning supplies and confirming the validity of local long-term arrangements (LTAs) for goods and logistics services to facilitate rapid local procurement.

As the storm lifted and floodwaters receded, the widespread devastation became apparent. Some 1.85 million people in Mozambique were affected by the destruction, including 1 million children. The port city of Beira was among the locations hardest hit. The storm destroyed much of the city’s infrastructure and caused hundreds of deaths.

The scope of the emergency was far more significant than anticipated and additional shipments of water and sanitation, nutrition, shelter, health and education supplies were quickly mobilized. As the UNICEF warehouse in Beira was also badly damaged, temporary tents were quickly set up to provide 800 square metres for safe storage of supplies. With municipal water systems disrupted by the storm, providing safe drinking water to prevent cholera outbreaks was a priority. The first supplies to arrive included water purification solutions, facilitated by the Provincial Directorate of Health. This was followed by additional WASH supplies and a charter flight with nearly 900,000 doses of oral cholera vaccine from the Global Oral Cholera Vaccine stockpile to support the cholera vaccination campaign by the Government of Mozambique.

Nutrition was also a concern due to the disruption of food supply, with an estimated 67,500 children projected to need treatment for acute malnutrition. Charter flights with nutrition commodities were quickly dispatched, delivering High Energy Biscuits, cartons of rehydration solution and therapeutic milk and food.

With a second cyclone on the horizon, similar preparedness measures were quickly put in place, including the prepositioning of key supplies and the deployment of an emergency team to Cabo Delgado province. Cyclone Kenneth made landfall on 25 April, nearly a thousand kilometres north of where Cyclone Idai struck, and was the strongest tropical cyclone to hit Mozambique in known history. Additional supplies, such as essential medical supplies and water treatment chemicals, were quickly sent to the area to support the response.

As much as possible, supplies for the dual response were procured from the immediate region to reduce shipment times and help strengthen local markets – about 20 per cent of overall procurement for this response effort was local. For example, ready-to-use therapeutic food (RUTF) was sourced from Kenya and Madagascar, water treatment chemicals from South Africa and WASH items from Mozambique.

Local procurement also promotes resilience and a continuum between humanitarian and development efforts. The two consecutive natural disasters posed many challenges. However, harmonized efforts among partners and close collaboration with local authorities and community-based organizations were key to establishing outreach on the ground, distributing supplies and rebuilding infrastructure. 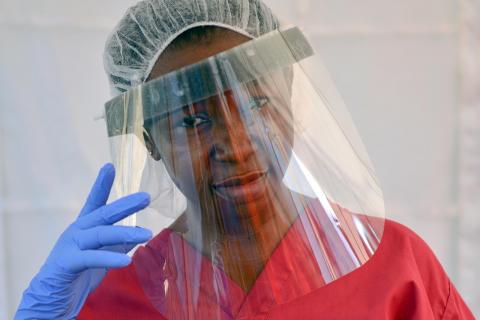 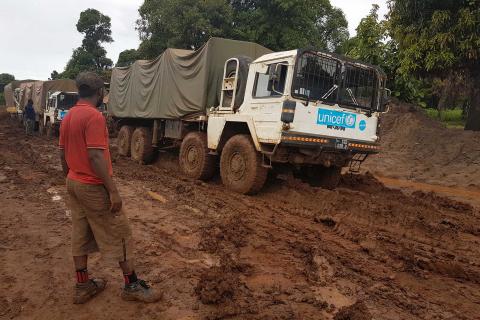 Through strategic prepositioning in South Sudan during the dry season, an estimated average cost-avoidance of $5 million per year is achieved. 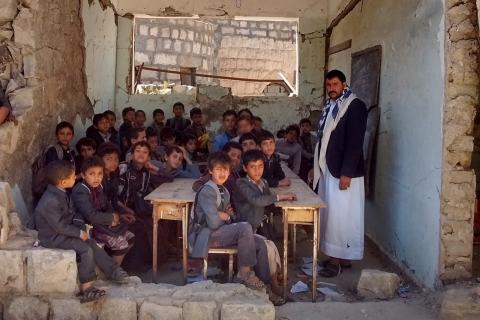 Scaling up construction in Yemen

A large construction portfolio is helping to rebuild social infrastructure in Yemen, the largest humanitarian crisis in the world. 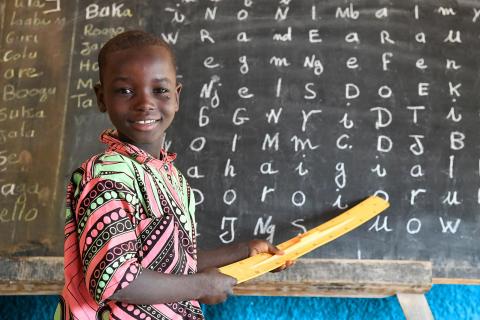 The UNICEF 2019 Supply Annual Report provides insights into the scaling up efforts that UNICEF and partners undertook in 2019.