As the world grapples with pandemic fatigue and the havoc wreaked by new variants, the COVID-19 response needs are as great as ever. But it’s not just vaccines that are required; all supplies that support vaccination efforts – from syringes to cold chain equipment – are essential to protect populations and reduce the risk of severe illness.

UNICEF – as the key delivery partner for COVAX – is distributing COVID-19 vaccines and ancillary supplies to all corners of the globe. Cold chain equipment such as vaccine refrigerators and freezers maintain vaccines at the correct temperature from the moment they leave the manufacturer to the moment of use to ensure vaccines remain effective.

Strengthening cold chain capacity enables countries to rapidly scale up their immunization programmes. The COVID-19 pandemic brings even more urgency to this complex task. However, as new COVID-19 vaccines were approved by WHO for emergency use throughout 2021, a diverse picture of needs began to emerge.

Anticipating the need for ultra-cold chain

At the beginning of 2021, the immediate focus for COVAX was to strengthen regular cold chain capacity, in anticipation that much of the early supply of COVID-19 vaccines would require storage between 2 and 8 degrees Celsius.

However, in mid-June, the very welcome announcement by the U.S. Government to donate 500 million mRNA vaccines to COVAX was a game changer because these vaccines require UCC storage.

“As part of UNICEF’s scenario planning, Long-Term Agreements with UCC manufacturers were established at the end of 2020. This enabled the quick placement of orders to ensure that manufacturers were ramping up production while the country demand for UCC was being defined in July 2021 and delivery targets were quickly scaled up,” said Thomas Sorensen, Chief of Immunization Technology Centre, UNICEF Supply Division.

“By the end of 2021, UNICEF delivered over 800 ultra-cold chain freezers to nearly 70 countries, with a storage capacity of up to 200 million mRNA vaccines, boosting national capacity to scale-up immunization programmes. Around two-thirds of the deliveries were completed on behalf of COVAX, and one third was part of UNICEF’s bilateral support to countries,” said Mr Sorensen.

Developing standard cold chain capacity usually takes 12 to18 months. However, for this UCC scale-up, which is far more complex, UNICEF completed 95 per cent of the first-round delivery targets within four months. This was made possible through the extraordinary collaboration of many partners – Gavi, the Vaccine Alliance, manufacturers, donors, other COVAX partners, the transport sector, individual countries and the teams on the ground working non-stop to scale-up UCC in record time.

Since August 2021, 46 countries have received their first-ever shipments of UCC equipment, with Somalia receiving the last delivery of the year on 31 December. The shipment of four UCC units arrived at three different ports of entry (Garowe, Hargeisa and Mogadishu), enabling Somalia to store 1.2 million doses of mRNA vaccines.

Countries are treating UCC scale-up as an emergency operation, so mRNA vaccine roll-out can take place as soon as vaccines become available. The majority of UCC equipment will be operational within two weeks once countries complete their internal procedures, such as customs clearance, equipment calibration and installation.

Indonesia oversaw one of the fastest installations of UCC equipment in August 2021, with 17 freezers installed within 72 hours of in-country arrival.

“UNICEF collaborated with the Indonesian Ministry of Health to prepare facilities for the arrival of the ultra-cold chain freezers. This included ensuring that a stable electricity supply and backup generators were in place and that the installation was completed properly,” said Kenny Peetosutan, Health Specialist, UNICEF Indonesia.

“The ultra-cold chain freezers have come to Zambia at the right time, and the country now has capacity for over 600,000 doses of mRNA vaccines. Zambia is better prepared to face this pandemic with an expanded vaccine portfolio,” said Dr Monjur Hossain, Chief of Health at UNICEF Zambia.

“Cold chain is the backbone of all vaccination campaigns. UNICEF is delivering vital UCC equipment to store mRNA vaccines to one in three countries worldwide, the largest deployment of UCC in history."

Over 14,000 of these cold chain units are solar-powered systems, vital to keeping vaccines at the right temperature in rural health facilities and other places where electricity is unreliable.

“Cold chain is the backbone of all vaccination campaigns. UNICEF is delivering vital UCC equipment to store mRNA vaccines to one in three countries worldwide, the largest deployment of UCC in history. This is an important step forward as we strive to balance the scales on vaccine equity and strengthen health systems to respond to current and future pandemics,” said Mr Sorensen. 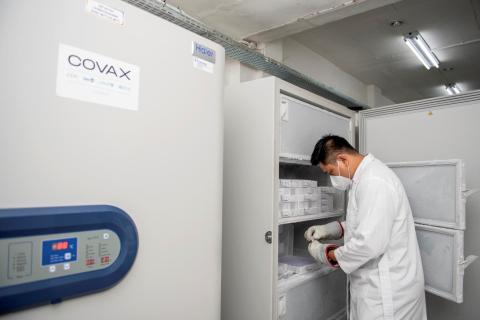 There is a growing need for freezers to store COVID-19 vaccines and UNICEF is leading the way in delivering this critical equipment. 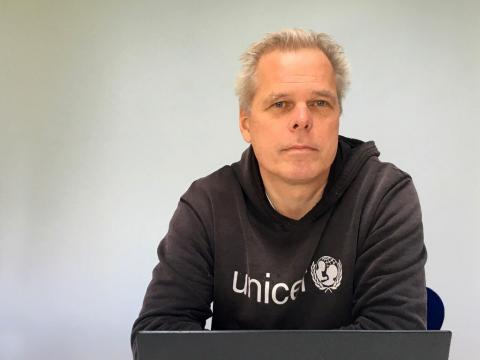 Thomas Sorenson, UNICEF Supply Division, explains the work behind the scenes to roll-out the largest ultra-cold chain deployment in history. 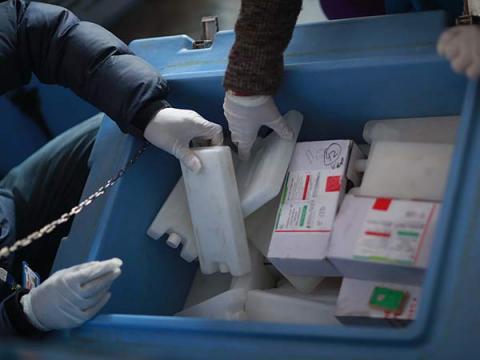 What is a cold chain?