A youth leader from the San Rafael community, in Ucayali has decided that when she finishes secondary school, she will become a lawyer and defend the rights of her community.

“I like playing football more than volleyball because I can run. I don’t like standing still,” says Bany Tenazoa, a 15-year-old teenager from the rural indigenous community of San Rafael, which lies in the Masisea district of the Ucayali region.

When you hear her talk about her life plan, you can tell this is true. She is determined to follow her dreams. She knows that studying is key to making those dreams come true and she is committed to finishing secondary school. “I’m student representative for my class because I came top in the third year of secondary school,” she says.

But as well as being a student representative, Bany is one of the leaders of the 50 teenagers aged between 12 and 17 who live in this Shipibo community (26 males and 24 females). She admits that as a child, the leadership qualities she now exhibits were hidden, and that they flourished through the workshops that the Flora Tristán Centre for Peruvian Woman and UNICEF organized in her community to enable teenagers to recognize and propose solutions to the problems that most affect them. She says she used to be very shy and although she saw the problems in her community, she wasn’t brave enough to talk about them.

“I’m really glad they come and do workshops because they encourage us to participate, to analyse what’s happening around us, to plan actions and to share our opinions and suggestions with others.”

A few months ago, this leadership role took her to Pucallpa where she could share the problems of her community with other teenagers from the region. She also became one of the two spokespeople for San Rafael teenagers during the presentation of the ‘talking map’, an activity promoted by UNICEF to help establish a joint community development plan. At this event, elders talked about the community’s origins, adults discussed current problems, and Bany and another teenage girls talked about the future they wanted for San Rafael.

While her community lacks basic services such as safe water in every home and a permanent health centre, Bany is particularly concerned about two social problems: violence and teenage pregnancies. She says that while there is undoubtedly physical violence, what is most apparent is the verbal abuse towards women: “People use crude language and this needs to stop,” she says.

Her concern about teenage pregnancies is totally justified. Her mother, who always advises her to study and to make sure she doesn’t have children before getting a career, had her when she was just 17. Ucayali is one of the regions with the highest average rate of teenage pregnancy in Peru (26.2 per cent); out of 24 teenage girls in San Rafael, four are already mothers and five are pregnant.

Bany says that teachers at school talk to them about the importance of preventing pregnancy and sexually transmitted infections such as HIV, but in practice, teenagers aren’t careful. For someone from San Rafael to get condoms, contraceptive pills or other family planning methods, they must go to Masisea. Just getting there costs seven soles (two US dollars), a considerable amount for a family from this community.

Becoming a mother is not part of Bany’s plan. She is determined to become a lawyer because she wants to help make it possible for everyone to exercise their rights, particularly the people in her community. She knows it won’t be easy. In a year and a half, when she finishes secondary school, she will have to leave her peaceful hometown and move to the hustle and bustle of Pucallpa. She will have to leave her mother and her three younger siblings, but she’s determined to do it because she wants to be a role model for them. She will go to university because she doesn’t want the sacrifice made by her father, who works far from home, to be in vain. Soon, if everything works out as planned, she’ll take the pocket money her aunts from Pucallpa give her for holiday chores and will go out into the world. She will speak up, for herself and for her people, because she has discovered that she doesn’t like standing still – or quiet. 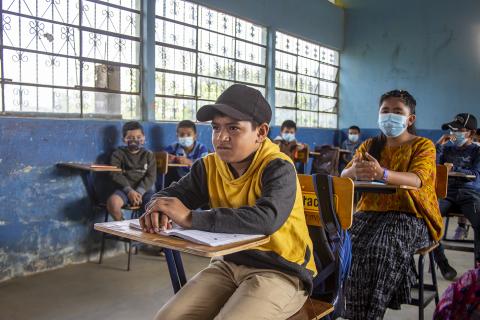 UNESCO, UNICEF and ECLAC warn that at the current rate, Latin America and the Caribbean will not achieve the education goals set by the 2030 Agenda for Sustainable Development 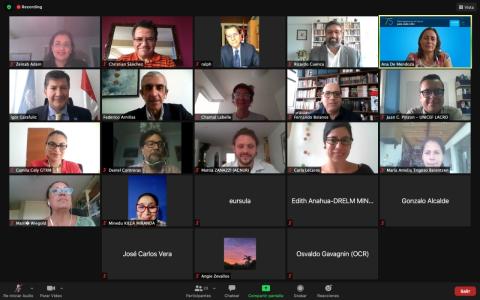 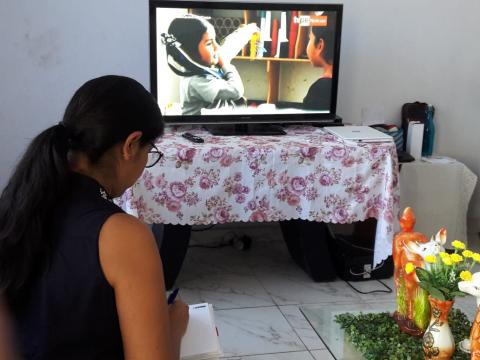 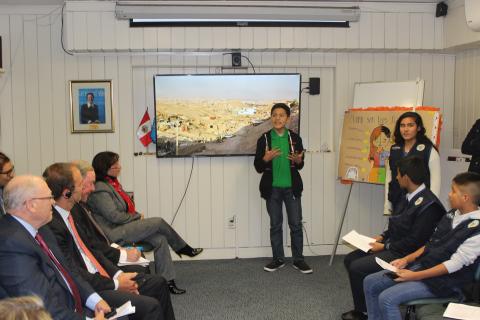