A place of hope

Sindhupalchowk, Nepal – Kristina B.K. has long dreamed of a career in agriculture. To get there, the thirteen-year-old, sixth-grader from Kubhinde Village in Sindhupalchowk District plans to pursue a diploma in agriculture at Setidevi Panchakanya Secondary School.

This school is one of the few in the district offering a diploma degree, which is equivalent to a high-school certification. For students like Kristina and their families, the school represents a place of hope—a stepping stone towards a good job, stable income and a brighter future.

That hope, however, had come very close to being extinguished not too long ago.

When the earthquakes struck Nepal in 2015, the school’s many buildings suffered a great deal of damage. Although a majority of the classrooms were eventually rehabilitated, two of the classrooms proved beyond repair. Classes that took place in these had to be moved into temporary bamboo structures set up on the school’s premises.

School Principal Krishna Prasad Paudel shares, “Passing through these classrooms and seeing the conditions in which the students were compelled to study pained me every day.”

“It would get very hot and suffocating,” teacher Kalpana Dangal shares while recollecting her experience conducting lessons in the bamboo classrooms. “When it rained, we had to stop everything, as the roof would leak.”

Kristina had been among the students studying inside the temporary structures. According to her, the environment was discouraging.

“Classes were frequently cancelled during the monsoon, and it was difficult to concentrate,” she said.

Despite these less-than-ideal circumstances—which lasted for over two years—Kristina managed to stay focused on her goal. This was, in part, due to support she received from her uncle and aunt with, whom she lives since her mother works in Kathmandu. Her aunt took great care of her and helped her stay focused. Kristina would put in an hour or two of study every day after school, all the while hoping things at school would improve.

The long awaited respite came as Transitional Learning Centres (TLCs) were constructed to replace the derelict bamboo structures. These TLCs are part of the more than 250 structures that the United States Agency for International Development (USAID) and UNICEF are partnering to construct through the Emergency Education Response for Nepal Project. UNICEF is implementing the project—which is made possible due to the support of the American people through USAID—in the fourteen districts that were most affected by the 2015 earthquake.

Principal Paudel could not be more relieved. With the new classrooms in place, he can now aim for bigger and better things for the school. He is already lobbying the local government for funds to buy television screens, laptops and projectors for multimedia classes for the school.

“Our new classroom is very open and spacious, and I’m able to focus on learning. It’s almost like the way it was before the earthquake.”

As for Kristina, the upgrade has meant renewed enthusiasm for her and her schoolmates and, more importantly, a step closer to that coveted degree in agriculture. 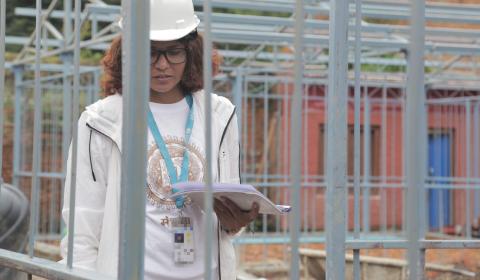 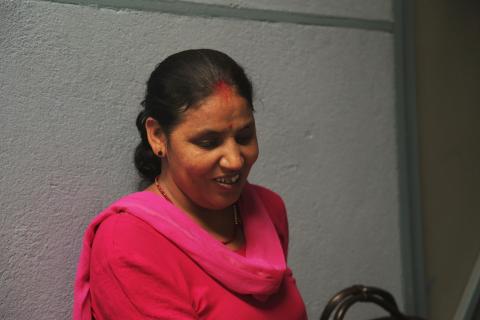 Overcoming her own disability, a teacher in Nepal is helping earthquake-impacted children to continue to learn in a USAID and UNICEF-supported TLCs 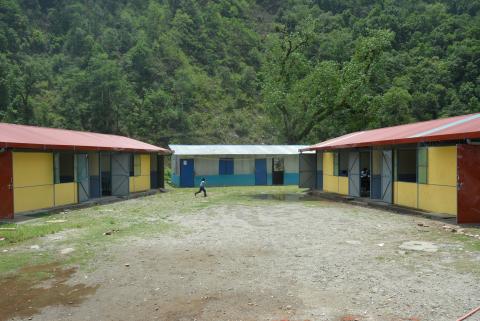 A landslide and an earthquake

A school re-emerges after back-to-back disasters 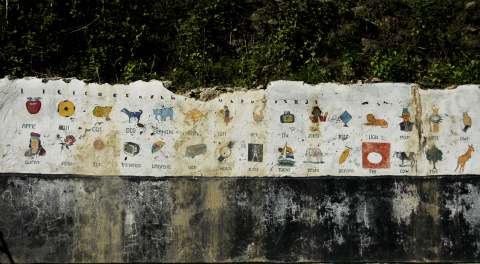